Standard Liege and Gent go head-to-head for points in the First Division A on Friday, July 22nd. Can Gent get off to a flying start at the Stade Maurice Dufrasne? Read our free predictions and find the latest odds for the fixture below in our detailed match preview.

Gent beat Standard Liege in all three of the clubs’ meetings in league and cup last season. Can Liege swing fortunes back in their favour on Friday? Read our top predictions for this week’s fixture below.

Standard Liege lost all three encounters with Gent in the league and cup last season, though they enter a new era this term under the instruction of Norwegian coach Ronny Delia and with a fresh slate to work off, they are worth backing to avoid defeat on the opening day of the campaign. The Stade Maurice Dufrasne should be rocking on Friday evening and that energy working in tandem with the new manager bounce makes Standard an interesting prospect in the double chance market.

While we’ve tipped Standard to extract something from Friday’s game in terms of points, they are unlikely to keep a clean sheet against a dangerous Gent outfit. The visitors managed to find the net in 100% of their last eight away assignments in the First Division A last season and they’ve notched in each of their last 14 meetings with Standard. Indeed, BTTS landed in 11 of those 14 tussles and the same market appeals at the prices on offer this week.

Top Betting Odds and Stats for Standard Liege vs Gent

Check out our selection of the best stats for Friday’s skirmish below alongside a tool to help you choose the best odds.

Read all of the injury updates and team news for Friday’s First Division A clash between Standard Liege and Gent below.

New Head Coach Ronny Delia has the luxury of a clean bill of health for his first game in the saddle on Friday. Liege didn't sign anyone of note over the summer, though they did sell Jackson Muleka to Besiktas and Samuel Bastien to Burnley.

Gent will be hoping to emulate last season's 5th place finish at the very least in 2022/23 and new striker Hugo Cuypers, who was signed from Mechelen, could help them achieve their target. Manager Hein Vanhaezebrouck has few injury issues to contend with, so expect a strong Gent XI on Friday. 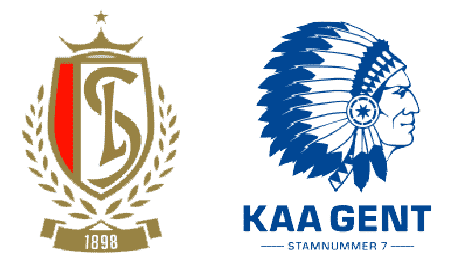 Standard Liege will play Gent at the Stade Maurice Dufrasne on Friday.