It was an innocuous tweet but Watford’s decision to use a picture of a grinning Ben Foster as their contribution to the #MondayMotivation hashtag quickly backfired.

The Hornets’ attempt to join in with a weekly trend left them with egg on their face as a string of irate supporters questioned the wisdom of using an image of the out-of-form goalkeeper.

Using Twitter as a barometer of anything is dangerous. It tends to attract a very vocal and extreme cross-section of society. But, underpinning any outcry, is usually – and it’s important to emphasise that word – a grain of truth.

In this instance, it’s an uncomfortable truth. Foster is a Watford hero and one of the game’s good guys. It was going to take a popular man to succeed Heurelho Gomes at Vicarage Road last summer and the former West Bromwich Albion No.1 was just that.

Foster’s popularity in WD18 stemmed from his first spell at the club between 2005 and 2007 when he helped the Hornets reach the Premier League against all odds before being crowned Player of the Season as they tumbled back out the top flight.

Then he was a star-in-the-making, Manchester United and England’s future No.1. But it didn’t pan out that way and despite winning eight caps for his country, Foster’s career took a different course via Birmingham City and West Brom.

The feeling was mutual too. In April he admitted he had been ready to call it quits prior to his return to Watford. 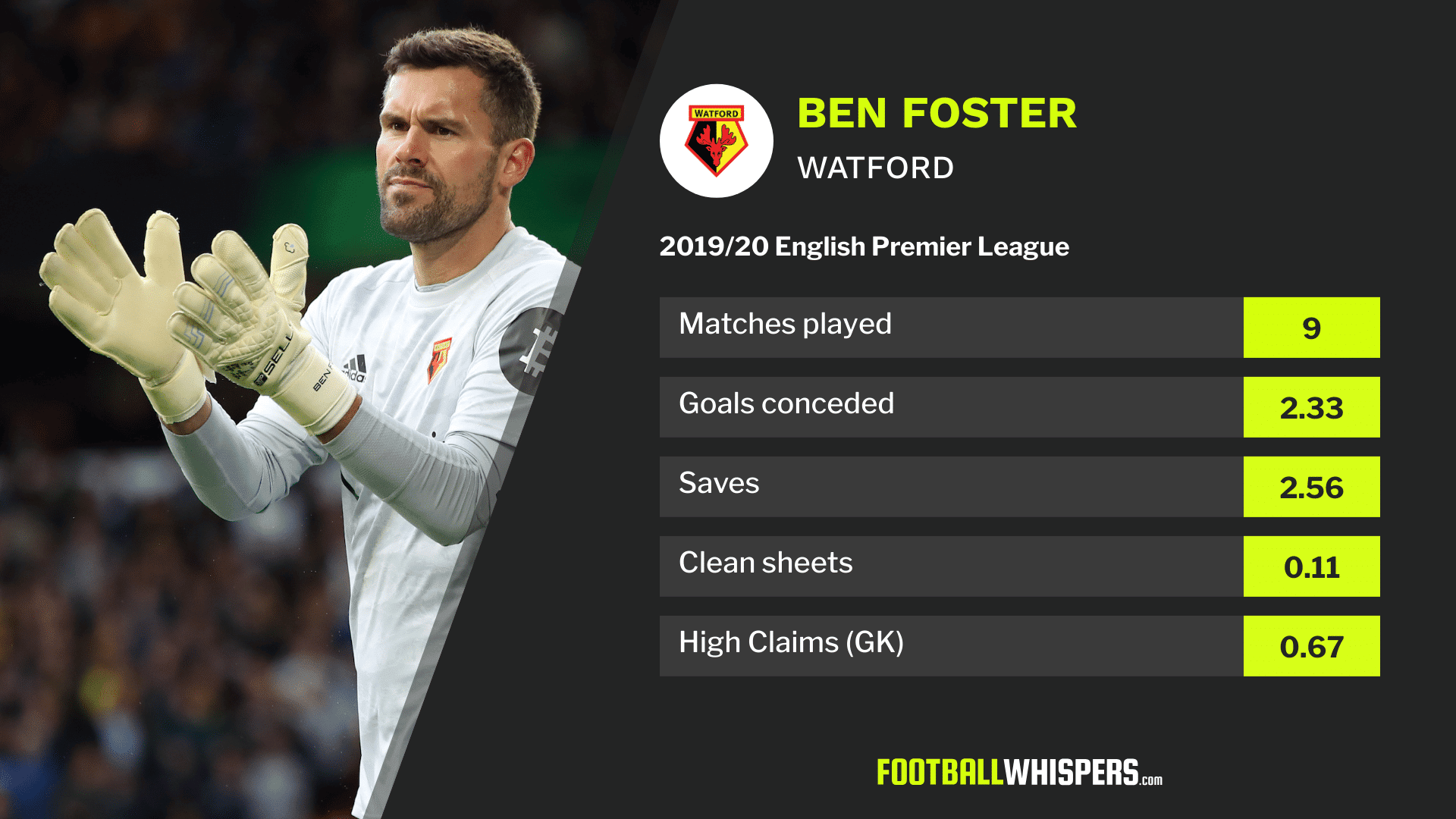 “This season has been a breath of fresh air as I needed a move in the summer. No disrespect to West Brom, they're probably my team, but I'd got stagnant,” Foster told Sky Sports.

“I was there for seven years and it probably just got a bit stale. You probably get stuck in your ways, doing the same things and it almost gets a little bit boring.

“If you'd asked me a couple of years ago when do you think you'll retire, I'd have said as soon as possible.”

The 36-year-old was a revelation and a key factor in the Hornets’ achieving their best-ever Premier League finish of 11th while reaching their first FA Cup final since 1984 – although understudy and rival for the No.1 jersey Gomes played throughout that run to Wembley and in the showpiece itself.

This season, though, things haven’t gone as well for Foster or the Hornets.

Bottom of the pile and winless after nine games, Watford have shipped 21 goals – the joint-most in the league. And while they’re not the sole responsibility of Foster, the experienced stopper has not covered himself in glory.

His role in Dele Alli’s late equaliser at Tottenham Hotspur on Saturday will not be forgotten quickly. The Hornets were on their way to a priceless first win of the season when he and Kiko Femenia collided following a mix-up, allowing the England midfielder to slide the ball into an empty net.

Two points dropped; winless run extended. It was the sort of result which could have kickstarted Watford’s season and Quique Sánchez Flores’ second spell at the helm.

Football Whispers’ expected goals model shows Watford should have conceded 14.2 goals, ‘only’ the fourth-most in the top flight.

The reasons for that dramatic under-performance are many and the 8-0 humiliation at Manchester City in September is chief among them. On that day Foster was given minimal protection by those in front of him but Watford’s xGA for that fixture was only 4.03 which tells us they added value of almost four goals.

Foster was certainly culpable for a couple of those with hesitancy when faced with crosses into the box to blame. That’s something he’s long been blighted by but it was painfully obvious in the first and fifth goals at the Etihad.

In the 1-0 defeat to Everton, he conceded a freak goal to Bernard which turned out to be the match-winner. The Brazilian looked to be shaping to shoot into the far corner and Foster shifted his feet and weight in anticipation. He was then caught out when the Toffees wideman dragged a low effort past him at the near post. The two covering defenders might have blocked it but Foster, at this point at least, looked ready to collect what was a fairly tame effort. Something clearly went wrong. 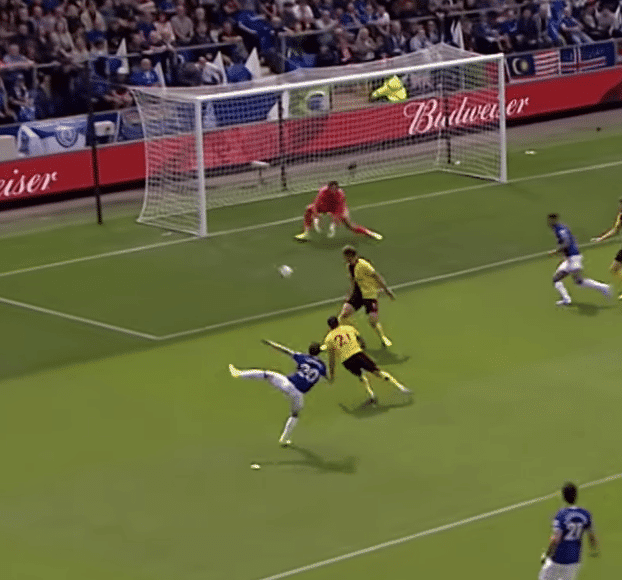 What’s interesting, though, is Watford’s post-shot xGA. If you’re unfamiliar with this metric, it takes into account on-target efforts only, looking at where the shot is taken from and so on, as well as where in the goal they’re bound for. It’s the best readily available statistic for measuring goalkeeper performance and Watford’s stands at just 14.75 – meaning they’ve only given up 0.55 additional goals this season through goalkeeping generosity.

So while Foster might not be throwing them in, it’s clear to regular observers his performance level has dropped from its high point last season. Which leads to the bigger question: has the experienced stopper got enough pressure behind him?

While Gomes’ surprise contract extension was a good news story for the club after – he’d looked set to retire at the end of the season – the Brazilian won’t usurp Foster.

The 38-year-old is more cheerleader and wise old sage than he is goalkeeper. Though he was selected in both of Watford’s Carabao Cup ties this season, ahead of talented youngsters Daniel Bachmann (25) and Pontus Dahlberg (20), a decision which baffled. Especially as neither moved out on loan in the summer.

Bachmann shone on loan at Kilmarnock last season while Dahlberg is a Swedish Under-21 international who the club have high hopes for. Yet neither has made their Hornets bow yet and the plan for their development looks questionable from afar.

From the outside, at least, the problem appears to be two-fold: A lack of protection from those in front of him highlighting his shortcomings and a failure from the club to provide a credible challenger for the No.1 jersey leaving Foster caught in the middle.