St Patrick's Athletic are the strong favourites to secure all 3pts at home to bottom of the table UCD this Friday. The visitors have a poor record against their guests and head into the game on the back of three defeats from their last six league games.

St Patrick's & Both Teams to Score – No

We're not expecting a lot of goals in this game but believe any that are scored will go the way of the home side. Under 2.5 goals have been scored in four of the last six meetings between these two clubs, while fewer than three goals have also been scored in three of the host's and three of the visitor's last five outings in the Premier Division.

Will UCD lift themselves off the bottom of the table this Friday?

St Patrick's made the trip to Dundalk before the international break where a solitary first-half effort from Kelly proved enough for Dundalk to claim all 3pts. That result leaves St Patrick's 5pts behind 3rd-placed Derry heading into the latest round of fixtures and 3pts clear of Sligo Rovers in 5th.

UCD were hoping to get back to winning ways at home to Sligo Rovers last time out but had to settle for a point in the end. The first half ended goalless but a 54th-minute effort from O-Sullivan put Sligo in front. UCD responded well to gong a goal down, equalising in the 69th-minute through Duffy, securing a 1-1 draw in the process.

University College Dublin: Colm Whelan is the main injury concern for the visitors. 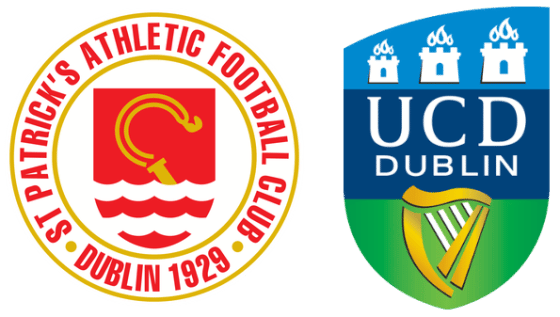