While the rest of the Premier League has worked itself into a transfer frenzy, spending over £800 million in the market with 41 days of the window still to go, Tottenham Hotspur have been rather more subdued. The north London club are yet to make a single addition to their squad this summer. Time to panic?

Some might argue Mauricio Pochettino is allowing an opportunity to pass him by, that after two successive seasons in which Spurs have come closer than anyone else to the champions, the Argentine needs to fast track the progress of his team by signing top tier quality. Others point out that if Arsenal, Manchester City or Manchester United get it right with their signings, Spurs could be bypassed.

Others of a more thoughtful mind are more pragmatic over Spurs’ summer situation, particularly after the release of a table that showed the club as one of the most productive in the Premier League when it comes to young players. Pochettino is renowned for giving youth a chance, and it would seem the numbers back that up.

The study, which focuses on the number of Premier League minutes played by a club’s academy graduates, ranked Spurs second in the table, behind only Manchester United. The Old Trafford side are way out in front, with a total of 44,055 minutes lodged last season compared to Spurs’ total of 19,995 minutes.

Nonetheless, this puts Spurs well ahead of some of their rivals, including Arsenal whose youth academy graduates only recorded 13,599 Premier League minutes last season. This is perhaps the greatest indicator of how the dynamic of football in north London has shifted over the past two seasons or so.

Not so long ago, Arsenal were considered great champions of youth in the city. Their youth system churned out great prospects like Jack Wilshere, providing the basis for what they hoped would be the future of the club. Now, it’s Spurs who have taken on that mantel, with Harry Kane, Manchester United transfer target Eric Dier and Dele Alli considered English football’s next generation. 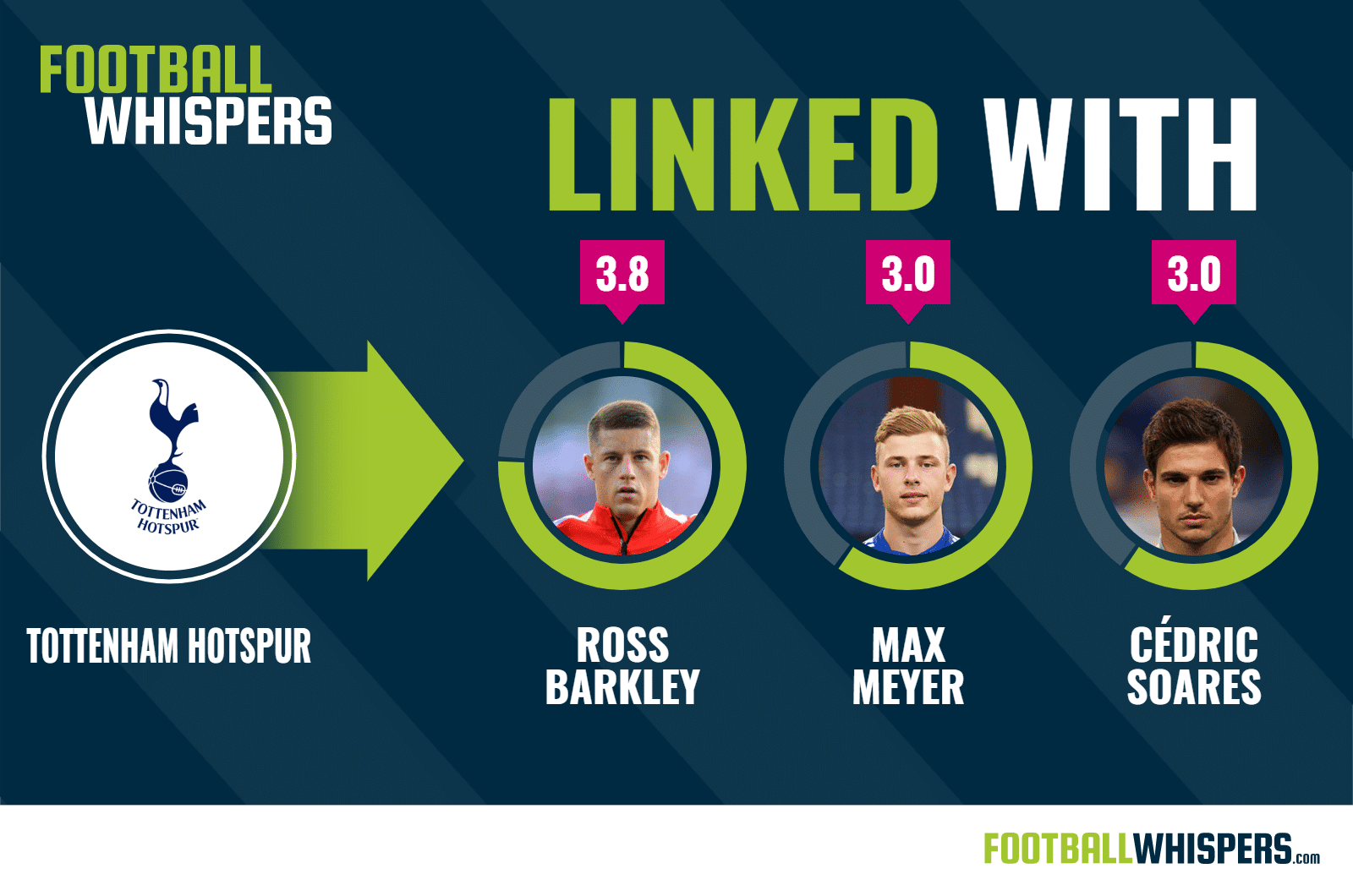 Pochettino’s lack of activity in the transfer market might be a very deliberate ploy. Kyle Walker has been sold, but Spurs will hardly feel the exit of the right-back with Kieran Tripper more than ready to step into the void. Besides that change, however, continuity is a thread that has served Spurs well under the Argentine.

There were similar concerns last summer, with Moussa Sissoko bought in a late £30million club-record deal just to satisfy those who clamoured for some transfer activity. Sissoko failed to justify such a hefty fee and could even leave Spurs as soon as this summer. Nor Pochettino nor Daniel Levy will be fooled into making the same mistake again.

In a Premier League jam-packed with teams near the top of the table overhauling their squad, Spurs could find themselves at something of an advantage. Even Chelsea are having to make more changes to their team than they perhaps envisaged, with Diego Costa expected to leave Stamford Bridge to return to Atlético Madrid this summer.

All this is ahead of a crucial season for Pochettino’s side. The 2017/18 season will be a litmus test for Spurs to prove whether they are an established member of the English football elite, or that their upward trajectory is merely the consequence of a dip from others who normally sit near the top of the table. What happens when they recover?

“I think, after three seasons, the first was really tough for us because when you try to change the philosophy and habits and try to develop a complete opposite way of playing and behaving, it was very tough for us,” Pochettino recently said, highlighting the significance of the upcoming season.

“The last two seasons, it is true, we improved a lot. It is very clear, our philosophy is about trying to play exciting football with young players and trying to be different to the top sides. I think next season is a big, big challenge for us.”

Another factor to consider is that for the next season Spurs will be nomads, playing their home games at Wembley Stadium while White Hart Lane is demolished and built from the ground up again.

Pochettino’s team had a tough time of it at the national stadium last season, failing to win a single Champions League fixture there. They must improve considerably in that regard. They must find some home comforts.

But the lack of transfer activity at the club this summer shouldn’t impact Spurs’ prospects of another good season. In fact, it could boost them. Fans might crave a new signing to hail or a new name to get on the back of their shirts, but there are more important things.