Let's review the Sporting vs Nacional Primeira Liga fixture, which will be this Saturday. If you want to see other Primeira Liga predictions, check our website.

Our betting experts came up with the following Primeira Liga betting tips for the Saturday fixture between Nacional and Sporting FC.

Our recommended bookmaker for this match is Ladbrokes. Remember to double-check all odds before you place any of the bets above because they are subject to change.

Pote has been Sporting's top scorer in this Primeira Liga season with seventeen goals and three assists. He also scored two goals in the last four games he played, so there is a high chance he will score on Saturday, as well.

Top Odds and Recent Statistics for the Sporting vs Nacional Fixture

In the table below, you can check out the most recent Sporting vs Nacional matches played and their scores, including the games they played against each other.

Sporting vs Nacional: Preview and Injuries

Sporting vs Nacional's result is most likely going to be for the current Liga champions – Sporting – even if they are the only team out of the two that has an injured player. Tabata has a knee injury and he missed their last game against Braga. It isn't known when exactly he will be back, yet. Defender Goncalo Inacio will also miss out on the game because of a red card suspension. He received it in Sporting's last game against Braga.

Nacional doesn't have any injured players, but they won't win the match on Saturday. We also don't believe that there will be many goals in the game because there haven't been more than 2.5 goals in most of the teams’ games. 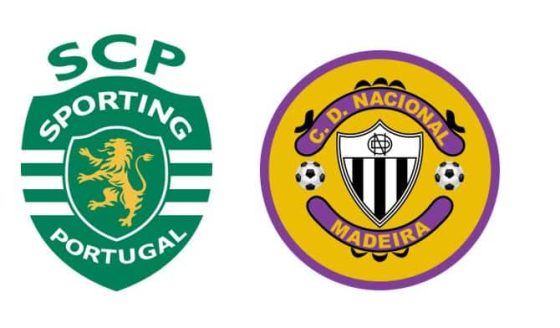