This game could almost be billed as the battle for third place but Rentistas might hold aspirations of a late charge for the knockout rounds. Can they keep those dreams alive? Find out with our Sporting Cristal vs Rentistas match preview with free tips, predictions and odds mentioned along the way.

It wasn't too long ago that these two played out a goalless draw. On that day, Sporting Cristal had made the trip to Rentistas. This time they are the home side and we're predicting that will give them enough of an edge to win the game. Rentistas are in woeful form too; they've managed just one win in 15 attempts. Sporting Cristal meanwhile are in an alright place with two wins, two losses and a draw from their last five.

Far from a goalfest

Finding goals in the Copa Libertadores has been somewhat of a problem for both these sides, which is reflected by the fact they've scored a combined three from eight games. Given that and the fact they served up a 0-0 draw last time they faced off with one another it's tough to see loads of goals. Rentistas haven't scored in any of their last five away games, which means it's highly likely Sporting Cristal will need to score three to lose this net. They've only averaged half that – at 1.5 goals per match – across their last 10 home games.

We know it is a drum we keep banging but these two played out a 0-0 draw last time they met and it's hard to see them both bucking that trend when they take to the pitch again. Sporting Cristal have seen six of their last 10 matches end with a ‘0' in the score line for at least one side. For Rentistas, their form in the previous 10 is even less goal filled. Rentistas have been involved in seven games in the last 10 where at least one side haven't scored. On six occasions it has been Rentistas that have failed to notch.

Sporting Cristal vs Rentistas: Key info for the game

A must win for both sides

It would be harsh to describe either Sporting Cristal or Rentistas as the whipping boys of group E but they both need to start winning games. For Rentistas they could still qualify for the next round. For Sporting Cristal, it's all about battling for third place, which would see them into the Sudamericana. Given those facts, this game between the pair is massive. 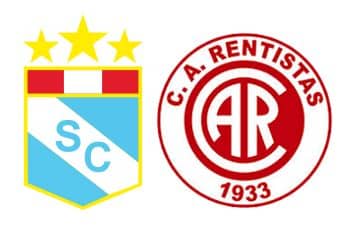