Sporting Cristal have failed to win any of their opening three games in Group E and now they face another tricky test at home against Racing Club. The Argentinian visitors sit 2nd in Group E and a win on Wednesday could virtually secure their place in the knockout stage, providing Sao Paulo beat Rentistas as expected.

Read on for our full match preview and prediction for Sporting Cristal vs Racing Club in the Copa Libertadores.

These two clubs have met 9 times over the years and Racing Club have secured 6 wins during that period, including a 2-1 win in Argentina last month. The hosts have been in mixed form of late and have failed to get going in this season's Copa Libertadores, while the visitors have won three of their last five fixtures and are performing well in both league and cup this season.

Only two of the last seven encounters between Sporting Cristal and Racing Club have failed to produced goals for both teams, so you can see just why we're backing both teams to score on Wednesday. Three of Sporting's last four matches and three of Racing Club's last six outings have also ended with both teams getting on the scoreboard. Four of the host's last six outings have seen at least three goals scored and when these two sides clashed last month, over 2.5 goals were scored.

Much like the stat above, only two of the last seven head-to-heads between Sporting and Racing Club have failed to produce over 2.5 goals, and we're expecting another action-packed 90-minutes on Wednesday.

Everything you need to know about Sporting Cristal vs Racing Club

Sporting Cristal simply must do something on Wednesday which they have so far failed to do in this season's Copa Libertadores, win. The Peruvians have only managed to pick up 1pt from their opening three matches in Group E and have to beat Racing Club if they are to stand any chance of progressing any further in this season's competition. However, their record against the Argentinian side is poor and they lost just last month to Racing Club when the pair met for their reverse group fixture. The odds are stacked against Wednesday's hosts and we can't see this game ending in anything but another Racing Club victory.

Racing Club are yet to lose any of their first three group games but remain 2pts behind the leaders Sao Paulo and may have to settle for a runners-up spot in Group E. The visitors are going well domestically and that form has transferred to the Copa Libertadores this season. We're not expecting Racing Club to thrash Sporting Cristal on Wednesday, in fact, we expect the game to be closely fought but we do believe that just as they did last month, Racing Club will do just enough to secure all 3pts against their hosts. 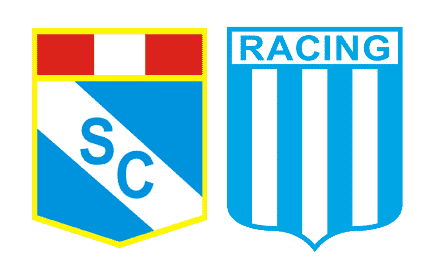