Entering the championship rounds, both Sporting CP and Borussia Dortmund have the possibility to claim passage into Champions League knockout rounds as runner-ups of Group C. Interestingly, both teams are flying high in their respective domestic competitions, and arrive on the back of hard-fought wins.

Here are our predictions for Sporting CP vs Dortmund.

After teething hiccups under Marco Rose, Borussia Dortmund are flying under their new manager. They are trailing Bayern Munich in the Bundesliga and have managed all this with Erling Haaland out of action for the better of three weeks and counting. This is a team that has found solutions to problems and will come up with the right plan to counter the threat posed by Sporting CP. The Portuguese have lost all three matchups against their German counterparts and we do not see that changing in this meeting.

With both sides needing a win to advance to the UEFA Champions League knockout rounds, goals will be required. The last time Borussia Dortmund made the trip to the Estádio José Alvalade, they came up victorious in a 1-2 scoreline. We are anticipating more of the same in this meeting as a low scoring affair is out of the cards given Der BVB's tendency to concede goals.

With just four goals conceded Ruben Amorim's charges are the best at the back. At least in the Primeira Liga. They will come up against an enterprising Borussia Dortmund, who can be relied upon to hit the back of the net. However, it is their defence that often lets them down and Ajax laid down the schema in the last two rounds. As the two sides face off in this must-win affair, we believe goals will be seen at either end of the pitch.

Sporting CP vs Dortmund: Check out the best odds and the latest stats

Match Preview of Sporting CP vs Dortmund: Six-point affair to decide who goes through and who doesn't

Ajax Amsterdam showed their might with four wins from four matches. The Dutch maestros have already qualified for the next round but their partners from Group C have yet to be decided. Both Sporting CP and Borussia Dortmund are vying for the slot and are locked on six points apiece. Whoever wins this meeting, has the chance to go forward.

Borussia Dortmund has the easier engagement in this last outing with a visit from Besiktas to the Signal Iduna Park. On the other hand, Sporting have to travel to Amsterdam for their final outing of the campaign. To ensure their qualification, this match will prove to be the deciding factor and both sides can ill-afford to drop points.

Questions About Sporting CP vs Dortmund 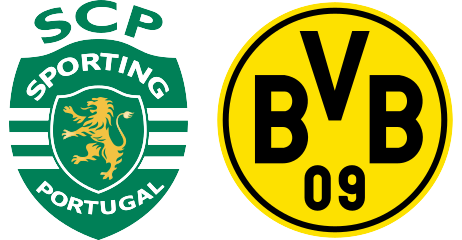 Who won the last h2h? 1-0 in favour of Borussia Dortmund.

Who are the players to watch out for? Marco Reus and Jude Bellingham (Dortmund).