Portuguese champions Sporting CP host their Dutch counterparts Ajax Amsterdam at the Estádio José Alvalade on September 15. They will want to kick start their campaign on a winning run but there are doubts about their abilities after 1-1 draws in their last two league outings. make their long-awaited return to Champions League Group Stage. They host free-scoring Borussia Dortmund at the Vodafone Park on September 15 to kick start the proceedings.

Sporting CP enters this fixture on the back of unimpressive results in the Portuguese Primera Liga. On the other hand, Ajax are in sublime form, blowing their rivals out of the stadium with their impressive scoring efficiency. Despite being on the road, we are anticipating a win for them at the Estádio José Alvalade.

The last time these teams met in competitive European club fixtures, both matches ended with total goals exceeding the 2.5 marks. That was back in 1988 but we are expecting that the essence of those meetings are kept alive. The visitors have scored 13 goals in their last four matches, while Sporting have a competitive tally of six strikes in the same number of fixtures.

Ajax likes to throw caution into the wind and we do not anticipate Erik ten Haag to change his style of play. Their attacking outfit should get them on the board, especially with Sebastian Haller being in the form that he is right now. Their hosts, Sporting CP have a similar modus operandi and have not been denied a place on the scoreboard in their last 23 fixtures. We expect them to continue their scoring form in this meeting.

Sporting CP vs Ajax: Check out the best odds and the latest stats

Questions About Sporting CP vs Ajax 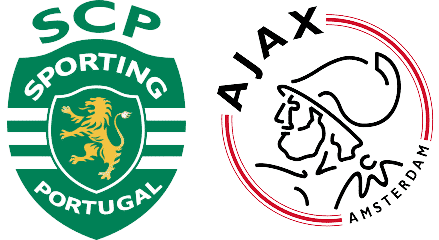 Where is the game being played? Estádio José Alvalade.

Which team is the favourite to win? Ajax Amsterdam.