Two of this season's early strugglers in Serie A go head-to-head this weekend as Spezia play host to newly-promoted Salernitana. Both teams sit in the relegation zone on 4pts apiece as things stand but both will be looking at Saturday's clash as a great chance to secure another 3pts.

Here are our predictions for Spezia vs Salernitana.

We're backing the current form team of Saturday's duo to walk away with at least a point to show for their efforts and possibly all three. Salernitana have picked up 4pts from their last three league games, while Spezia have lost their last three. It would be difficult to justify backing either of these teams to win outright on Saturday but a double chance bet on the visitors seems like the most logical choice.

We're expecting goals in this game for both teams as neither are particularly adept at keeping clean sheets this season. Both teams have scored in each of the duo's last three meetings, all of which were played in Serie B between 2019-2020. Four of the host's last six outings have also ended with both teams getting on the scoreboard, so you can see why we're not backing either side to keep a clean sheet this weekend.

Spezia vs Salernitana – Stats and Fiures

Spezia were hammered 4-0 away at Verona before the international break and have now lost their last three matches, leaving the club second from bottom in the Serie A table. Goalscoring hasn't been an issue for the hosts this season but defending has and that could be what ends up costing them their Serie A status if this issue isn't addressed sooner rather than later.

Salernitana don't carry the same kind of goal threat as their hosts but they have, in recent weeks, shown their ability to not concede too many goals in games. Last time out, Salernitana ran out 1-0 winners at home to genoa, their first win since returning to the top flight this season, and now the club is tasked with building on that positive result and possibly even climbing out of the relegation zone.

Spezia: Bastoni is suspended and there are injury concerns over Adou, Bourabia, Sala. Maggiore, Kovalenko, Sena, Reca, Erlic, Agudelo and Colley this weekend.

Salernitana: the visitors could potentially be without the services of Gondo, Bogdan, Ribery, Gyomber, L. Coulibaly, M. Coulibaly, Capezzi, Aya and Ruggeri for the trip to La Spezia. 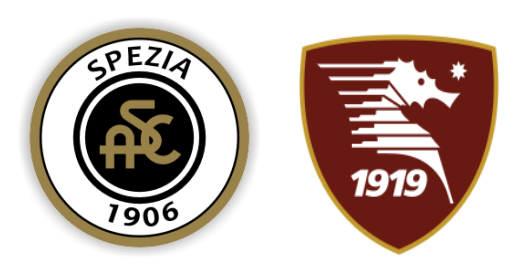