Juventus are still waiting for their first win of the new Serie A season after being held t a draw by AC Milan at the weekend. Hosts Spezia secured all 3pts in their last game and will be looking to take advantage of Juve's less than impressive start to the campaign on Wednesday night.

Our Top Tips for Spezia vs Juventus

Here are our predictions for Spezia vs Juventus

Not many out there would have backed Juventus to sit third from bottom after four games of the new season and for Spezia to sit five places above them in the Serie A table but that's how we find the pair right now. However, we're backing Juventus to secure their first win of the new season and for both teams to score in the process when they travel to Spezia on Wednesday. Juve have won their last two encounters with Spezia and both teams have scored in three of the pair's last four head-to-heads. Both teams have also scored in four of Spezia's and three of Juventus's last five fixtures in all competitions.

Naturally, with us backing a Juve win and BTTS that means that there will have to be over 2.5 goals in Wednesday's clash. Over 2.5 goals have been scored in each of the last three encounters between these two clubs, and three of Spezia's and three of Juve's last five outings have also witnessed at least three goals being scored.

As far as a final scoreline is concerned, we're not expecting this to be Juventus's most clinical of performance nor do we expect them to romp away with the 3pts points. Instead, we're backing a narrow 2-1 win for the Italian giants as all that will matter on Wednesday is the end result, not the final scoreline. Spezia have conceded at least two goals in two of their opening four matches and are yet to keep a single clean sheet this season.

Juventus in desperate need of a win

Spezia secured an important 2-1 away win against Venezia at the weekend. Bastoni put the visitors into an early lead and Spezia lead 1-0 at the interval. However, Venezia equalised just before the hour mark and the game appeared to be heading for a draw only for Bourabia to net a winning goal for Spezia 4-minutes into stoppage time.

Juventus failed to win their first game of the season at the weekend, despite taking an early lead against AC Milan via Morata. AC Milan equalised in the 76th-minute through Rebic and the Juve fans have to wait yet another game to celebrate their first win of the new season.

Spezia: Kevin Agudelo and Ebrima Colley will miss the midweek clash with Juventus due to injury.

Juventus: Arthur and Kalo Jorge remain sidelined for the visitors but the Brazilian duo are expected back from injury before the end of the month. 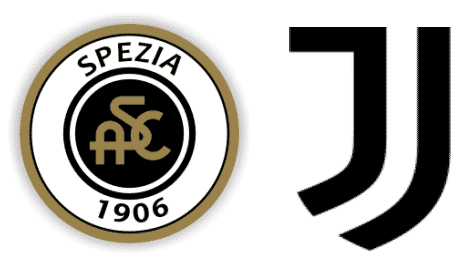