Inter Milan trail the league leaders AC Milan by 2pts in the race for the Serie A title but do have a game in hand on their local rivals. That means a win is the order of the day for Inter Milan away at Spezia. The hosts sit in the bottom half of the table but look like they have enough about them to avoid relegation as they currently sit 11pts clear of third from bottom, Venezia.

This game has the potential to be low-scoring as Inter Milan have never scored more than two goals against Spezia in any of their previous encounters in Serie A. Five of Spezia's last six matches have witnessed fewer than three goals scored while each of Inter Milan's last five fixtures have produced under 2.5 goals, adding further weight to our prediction for a tight and tense 90-minutes.

Everything you need to know about Spezia vs Inter Milan

Spezia made the trip to Empoli at the weekend where the pair played out a goalless draw. That point was enough to keep Spezia in 15th position and 11pts away from the ongoing relegation battle. This Spezia side certainly seem to have enough about them to avoid relegation this season but could do with adding more goals to their side in the summer.

Inter Milan secured a routine 2-0 victory at home to Verona last time out. Barella put the hosts in front in the 22nd-minute after good work from Perisic who claimed an assist. The Croatian midfielder also supplied Inter's second goal for Dzeko on the half-hour mark and from that point on Inter Milan controlled the game and never really looked like they would let Verona back into the match.

Spezia: Mehdi Bourabia and Leo Sena could miss out on Friday for the home side.

Inter Milan: Stefan de Vrij is the main injury concern for the visitors. 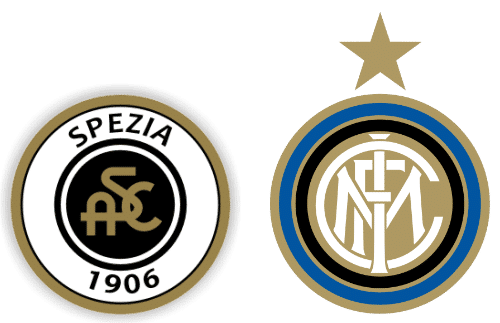