Spezia and Bologna go head-to-head for three points in Serie A on Sunday. Spezia have taken seven points from the last nine on offer on home soil. Read our expert predictions and find the latest odds for the game below in our match preview.

Can Spezia prolong their good spell of form at home to beat Bologna on Sunday? Find our top three predictions for the contest below.

Spezia started the new Serie A campaign in limp fashion, though they have been hitting their stride with a little more poise of late, especially at home where they have taken seven points from the last nine available. Bologna meanwhile, have dropped points in all but one of their six away assignments this term and on Sunday they will meet a confident Spezia at an inopportune juncture. With that considered, we recommend siding with the hosts in the double chance market.

Thiago Motta’s Spezia have managed to keep just one clean sheet in 13 Serie A fixtures this season – a record that suggests they will concede on Sunday, though Bologna’s return of one shutout from six matches on their travels is just as dimsal. With neither defence inspiring much confidence at present, chances should present themselves at either end at the Stadio Alberto Picco so back both teams to score on Sunday.

Half With Most Goals: Second

Bologna’s results have been inconsistent this season, but one reliable aspect of their matches so far could open an avenue of approach in the betting markets on Sunday. Bologna’s games tend to bubble to life in the second half after quiet opening periods – something reflected in the goal-scoring trends of their fixtures. Of the 43 goals notched by both teams in their league tussles this term, a huge 31 arrived after the interval and as a consequence, we advise placing a wager on the second half to see more action than the first this weekend.

Midfielders Leno Sena and Mehdi Bourabia are both out for Spezia this weekend, while central counterpart Emanuel Quartsin Gyasi sits Sunday's game out through suspension after picking up a fifth booking of the campaign last week. Spezia were hammered 5-2 at Atalanta in their last Serie A test, though they had beaten Torino 1-0 on home soil before that in what was their third positive result in a row at the Stadio Alberto Picco.

Bologna have a string of injury issues right through the spine of the team this week. In defence, Lorenzo De Silvestri is out, while midfielders Jerdy Schouten and Kingsley Dogo Michael join him on the sidelines. Further up the pitch Andreas Skov Olsen is also out with an ankle complaint that is likely to keep him out until early December. 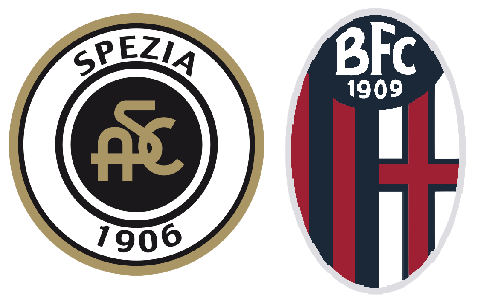 Bologna beat Spezia 4-1 when the teams last met on April 18.

Bologna have been priced as favourites to win by the bookmakers.