Sparta Prague have worked to do if they want to keep their hopes of qualifying for the Champions League proper alive. Rapid Vienna take a 2-1 lead into the 2nd leg in the Czech Republic and the visitors know how important the first goal in this game could turn out to be.

Our Top Tips for Sparta Prague vs Rapid Vienna

Before last week's defeat in Austria, Sparta Prague had won the only previous meeting between these two clubs 2-0 in 2011. We're predicting a win for the hosts on Wednesday but that doesn't guarantee them safe passage into the next round. A win for Sparta Prague via a 1-goal margin would take this game into extra-time and potentially a penalty shoot-out, now that the away goals rule has been revoked.

Exactly 3-goals were scored when these two teams locked horns last week and we're expecting more of the same on Wednesday. Over 2.5 goals have been scored in all of Sparta Prague's last six matches, while three of Rapid Vienna's last five outings have also featured at least three goals.

Both teams scored in the 1st leg and we're expecting both teams to score in the Czech Republic as well. Both teams have scored in each of Sparta Prague's last six outings and Rapid Vienna have only failed to score in one of their last five matches, so you can see why we're not backing either side to keep a clean sheet on Wednesday.

The task is simple for Sparta Prague, win or you're out!

Sparta Prague's home form has been decent through pre-season and the start of the new Czech Liga, with two wins and a draw being secured from their last three matches at the Generali Česká pojišťovna Arena. Sparta might have lost the 1st leg 2-1 but they return as the bookmaker's favourites to win on Wednesday. Of course, a win doesn't mean they will progress but if the hosts can win by 2-goals or more then they will avoid extra time and penalties.

Rapid Vienna had to come from behind at home to Sparta Prague last week and owe a lot to Knasmullner who scored twice in the second forty-five to help secure a 2-1 1st leg victory. While they have the lead heading into Wednesday deciding leg, Rapid have plenty of work to do this week and if they can get the first goal of the game then it might just settle their nerves. However, we're expecting Sparta to take the game to their guests and believe that the hosts will see more of the ball during the 90-minutes. 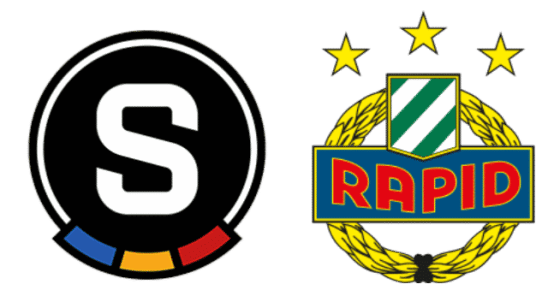