Monaco weren't far off the pace in Ligue 1 last season and enter this game as big favourites. Can they live up to that tag? Find out with our Sparta Prague vs Monaco match preview with free tips, predictions and odds mentioned along the way.

Sparta Prague vs Monaco: Our predictions

Monaco to face a tough match

There is no denying it; even as a double chance this prediction is an outside bet. That's clear from the betting odds. We have confidence and logic to the tip though. Yes, Monaco are in decent form having won three of the last five but they're far from an unstoppable machine. If anyone can frustrate them then it's Sparta Prague. Not only did Sparta Prague turn their last qualifying tie around at home but they've only lost two of 20 on their own patch winning nine of the last 10. Home form like that is tough to go against.

One of the best measures when it comes to making predictions for the total goals market is the latest form. Both Sparta Prague and Monaco have recent results that suggest this match will serve up a fair few goals. Four of Sparta Prague's last five games have gone over the 2.5 cut off; their average goals per match in that time sits at an impressive 3.8. Monaco's average per game is somewhat lower at 2.8 but a) it's still over where we need it to be for this bet and b) like Sparta Prague, four of their last five have seen the match hit the three goal mark.

In addition to our over 2.5 goals prediction, we also think the teams will share the goals between them. Sparta Prague have seen three of their last four home matches end with both sides on the scoresheet. Monaco have seen three of their last four away games – including their previous two – end with both teams hitting the net. With attacks in fine form and defences far from watertight there is more than half a chance that both score as they lock horns.

Check out the form before Sparta Prague vs Monaco

An entertaining game that could go either way

Sparta Prague might come into this match as underdogs but their form suggests that's perhaps not the best label for them. They've won three games on the spin scoring 10 goals and conceding just two and they're on a 10 game unbeaten streak at home; nine of those games have ended in a win. Monaco aren't exactly in bad form but they're not making easy work of everyone they face; they lost last time out and have only won three of their past five. The match will be decided by the attack that does the most damage; Swedish winger David Moberg Karlsson has started the season in fine for for Sparta Prague and could make the difference. 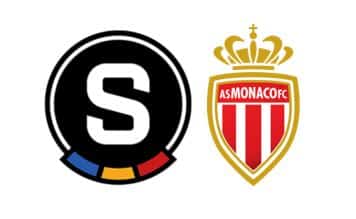