Spain have won all of their seven previous games against Albania and are the big favourites to make it eight wins from eight matches on Saturday. Albania have some decent players in their side but as a team overall, it's hard to see them getting anything out of this weekend's trip to the RCDE Stadium.

We're not expecting this game to be high-scoring as Sapin haven't scored more than two goals in any of their last five international matches, three of which produced under 2.5 goals. Fewer than three goals have also been scored in four of Albania's last six outings and this weekend's guests have failed to score in two of those games.

In terms of a final scoreline, we're backing Spain to run out comfortable 2-0 winners. We expect the home side to make use of all their substitutes with this being a friendly and that is bound to disrupt the flow of the game. Spain have not managed to score more than two goals in any of their last five fixtures and Albania do struggle to create chances against bigger teams as we saw when they lost 5-0 away to England in November.

All you need to know about Spain vs Albania

Sapin endured a tough 90-minutes at home to Sweden in their last World Cup qualifier. In the end, the game was settled by an 86th-minute strike from Morata, who came off the bench in the second half. Sapin did well at Euro 2020 but sometimes they really lacked a finishing touch in front of goal, but Torres has the making of an excellent international striker and could fire Spain to glory.

Albania made hard work of their home game against Andorra in November, and really should have won the game by a greater margin. Instead, a solitary penalty from Cekici proved to be enough to win the game but Albania will have to add more creativity to their play if they want to stand any chance of scoring against this Spain side.

Spain: de Gea, Albiol, Ramos, Busquets, Thiago, Rodrigo, Oyarzabal and Moreno all miss out on selection for the hosts

Albania: Veseli, Ajeti and Balaj are the most notable absentees from the visitors' squad. 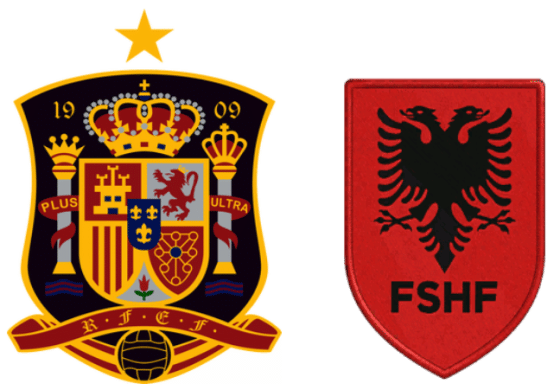