When Gareth Southgate made the call to have England line up with a back three it piqued the interest of a nation. When the manager then named Kyle Walker on the right side of a back three the intrigue turned to puzzlement.

The 28-year-old is considered by many to be the best right-back in the Premier League. Pep Guardiola, a man who rarely settles for second-best, was so convinced of his quality that he pushed for Manchester City to complete a deal during the summer of 2017 for a whopping £50million fee.

The former Spurs man excelled in the set-up at the Etihad. His total passes per 90 minutes rose from 48.72 to 76.27. He would often drift into central areas of the pitch with Guardiola keen to use inverted full-backs to give his side numbers in the middle of the pitch while his wide forwards often hugged the touchlines.

This no doubt influenced Southgate's decision to use the right-back as a centre-back during the 2018 World Cup. To his credit, it was a masterstroke in Russia. Walker's ability on the ball helped England play out from the back to combat the fact the midfield were often outnumbered three to two in the middle of the pitch.

It meant the Three Lions had options and could play their way out of trouble through various avenues, and all three centre-backs deployed by Southgate all seemed comfortable carrying the ball forward.

Walker's recovery pace also allowed him to fill in on the right flank when Kieran Trippier, the right wing-back, pushed on to support the attack. The dynamic between the two former team-mates worked perfectly.

It's a partnership that Southgate undoubtedly wanted to utilise again during the International break as he looks to build towards Euro 2020. However, the fixtures against Spain and Switzerland give the England boss an opportunity to experiment.

Liverpool's Joe Gomez has been called up after impressing for the Reds alongside Virgil van Dijk. He was one of the standout performers on the right side of a back three during the International friendlies in March but picked up an injury which prematurely ended his season.

Now that he's back fit and in the form of his career, it's not naive to suggest he'll be used in that position again, and it's one the 21-year-old could make his own. He's not as quick as Walker but he's as adept at filling in at right-back and he's confident in possession.

He's often found striding into midfield and playing incisive passes into the feet of Mohamed Salah, Sadio Mané and Roberto Firmino. It's a trait England could well benefit from.

If he reclaims the right-sided centre-back position, where does that leave Walker? Whereas in the past England had a dearth of quality in that area, it's now possibly the position in which they have the most depth. 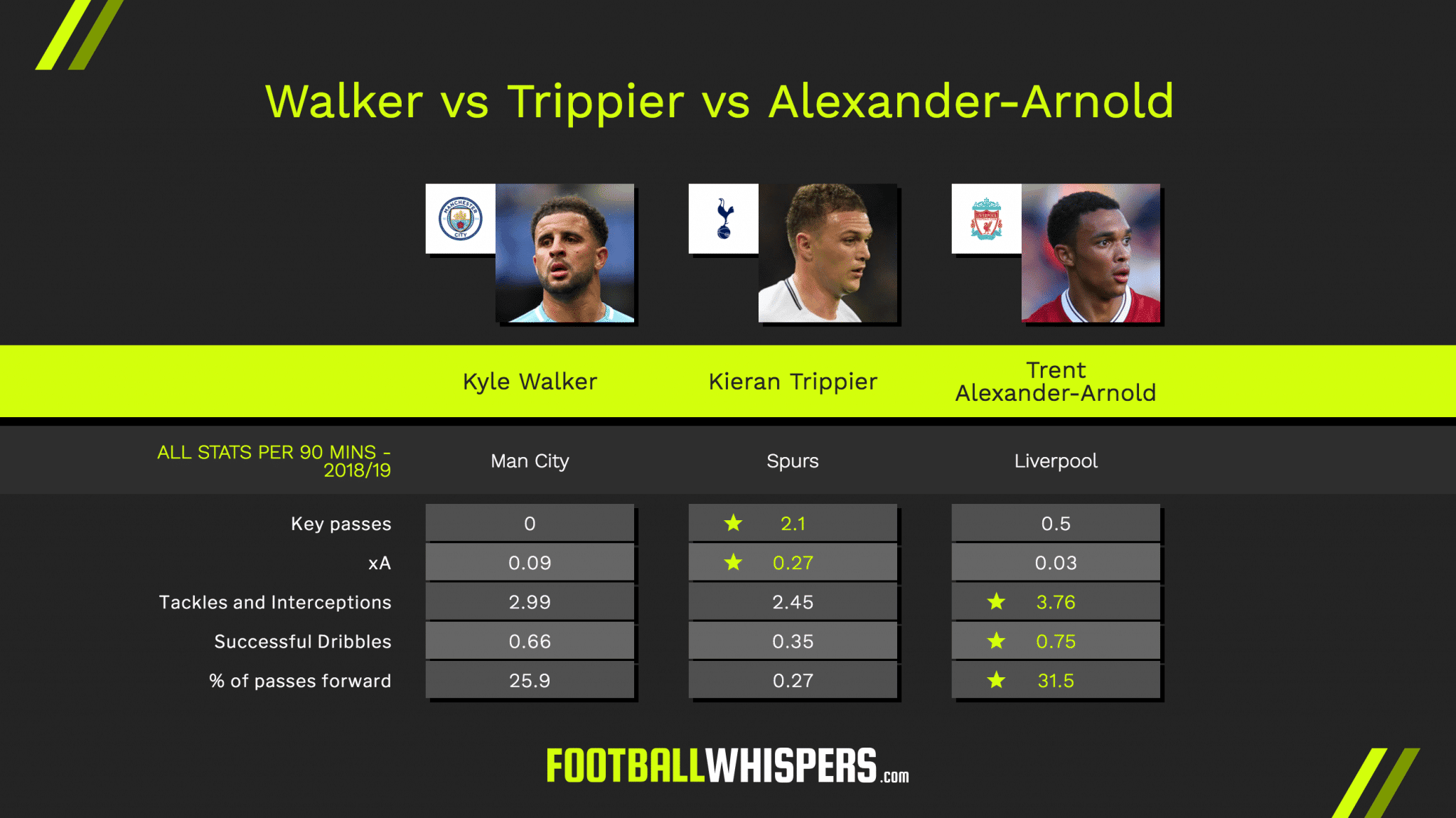 Walker has a battle on his hands with Trippier and Trent Alexander-Arnold eager to claim the No.2 jersey as their own. If Crystal Palace's Aaron Wan-Bissaka continues on with his fine early season then it won't be long until he's in the reckoning either.

While Walker, Trippier and Alexander-Arnold all play as right-backs for their clubs they all operate a little differently so bring different strengths to the starting XI. It gives Southgate a lot of options but with that comes a lot of headaches.

Trippier was England's most consistent performer at the World Cup and has done nothing which should see him lose his place in the team. Likewise, Walker deserves a place in Southgate's first-team. But the manager might want to start planning for the future now and may feel now is the ideal time to get Alexander-Arnold up to speed with his new system as well as looking to make the most of the relationship, and the understanding, that he has with club team-mate Gomez down the right.

There could well be a scenario which sees both Trippier and Walker have to settle for a place on the bench. It would be a bold call on Southgate's part but he's shown as manager of his country that he's not afraid to do that.

Has the Man City man's versatility worked against him in this instance? Instead of cementing his place in the starting XI as a right wing-back in the system during the 2018 World Cup he was impressing in a position England have a lot of options, more natural ones, in.

It's a conundrum for Southgate and one he can't afford to get wrong. It will be interesting to see how he uses Walker in the next two matches.