It's been a slow start to the 2021/22 Premier League campaign for both Southampton and Wolves with both sitting just a couple of points above the relegation zone after five matches. We're expecting a close and competitive 90-minutes between these two clubs and could easily see this game ending in a stalemate.

Here are our predictions for Southampton vs Wolves

We've backed Wolves to take home at least a point from Sunday's Premier League clast at St Mary's as the visitors have won on their last two trips to this stadium. Southampton are yet to win at home this season, playing out two draws, while Wolves have won their last two matches on the road against Watford in the Premier League and Nottingham Forest in the League Cup.

As far as goals are concerned, we're not expecting many to be scored between these two clubs. Under 2.5 goals have been produced in three of the duo's last five encounters in all competitions, while under three goals have also been scored in three of the Saint's and four of Wolves' last six outings.

In terms of a final scoreline, we're feeling that the most likely result will be a draw with both teams netting a goal apiece. Five of Southampton's last six games have ended in draws after 90-minutes and three of those stalemates produced under 2.5 goals. The last two draws between these two clubs both ended 1-1 and Wolves' midweek clash with Spurs in the League Cup also ended all square after 90-minutes.

Everything you need to know about Southampton vs Wolves

Southampton followed up their 0-0 draw at Man City last weekend with a penalty shoot-out victory over Sheff Utd in midweek. The Saints are quickly becoming draw specialists this season but it's not a tag any team wants when they are yet to secure their first league win of the season. The away side has certainly had the better of their hosts in recent meetings between Southampton and Wolves with the Saints looking to avoid a third straight defeat at St Mary's against the Midland's club.

Wolves were beaten 2-0 in their own backyard by Brentford in their last league game and then lost on penalties to Tottenham in the League Cup. Wolves have certainly performed better on the road than they have at home so far this season and that could stand them in good stead ahead of a trip to the south coast. Wolves' last away game ended in victory and the visitors will be hoping to pull off a similar result on Sunday.

Southampton: Armstrong and Stephens are very unlikely to feature for the Saints this weekend, while there are doubts over Walcott and Smallbone as well.

Wolves: Jonny, Neto, Mosquera and Bueno could be joined on the sidelines by Ait Nouri for the trip to the south coast. 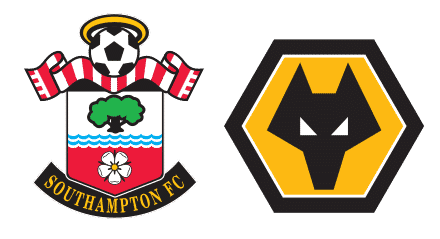