Southampton vs Monaco to Win

Top free betting tips and odds for Southampton vs Monaco

Southampton host AS Monaco in their preparation for the 2022/23 campaign. They have yet to taste triumph in their friendly endeavours while the principality club arrive after a loss to FC Porto.

Neither Southampton nor Monaco have shown much promise in their friendly outings. Both sides have had a host of draws to show for. Four of Monaco's last six club friendlies finished in stalemates. On the other hand, Southampton take the pitch after have draws in their last two outings. The Saints are the weaker of the two but given their home advantage should manage enough for equal billing.

Despite the variety of results in Southampton's outings, Ralph Hasenhüttl will be most worried about their scoring efficiency. They have only scored once in their three friendly fixtures, going goalless in their last two. A similar tale can be said about Monaco with one change, irrespective of the result their forward's always help themselves on to the scoreboard. This match will be the Saint's first outing at the St Mary's Stadium and they should feel more confident in front of the goal, hence our expectation for a BTTS outcome for this fixture.

Southampton vs Monaco: Check out the best odds and the latest stats

Southampton vs Monaco: Check out the team lineups

After a string of fixtures on the road, Southampton are back at the St Mary's Stadium. Ralph Hasenhüttl will feel buyoed by familiar surroundings, something that he would hope gets his team roaring again. Despite holding their own, the Saints have struggled to score regularly and it can come to haunt them dearly in regular season.

The meeting with Southampton will be the eighth club friendly Monaco have been involved in the preseason. While they have only lost once in this period, to the fans dismay only two victories have been accumulated with four draws. Philippe Clement will want his charges to get some wins under their belt as they look forward to a Ligue 1 assault.

Questions About Southampton vs Monaco 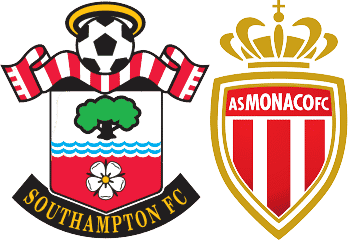 Who are the players to watch out for? Ché Adams (Southampton) and Kevin Volland (Monaco).

Where is the game being played? St. Mary's Stadium.