Here are our predictions for Southampton vs Aston Villa.

We're backing Southampton to win on Friday as they have won four of their last five encounters with Aston Villa. Villa arrive with a host of injuries and on the back of four straight defeats, while the Saints are unbeaten in their last four fixtures, picking up two wins and two draws.

There is a good chance that we will be treated to goals at both ends of the pitch on Friday as that has been the case in four of the last five meetings between these two clubs. Both teams have also scored in three of Southampton's last five matches as well as in five of Aston Villa's last six outings, so you can see why we're not backing either side to keep a clean sheet in this game.

Southampton made the trip to Watford last time out and managed to return to the south coast with all 3pts. Che Adams scored the only goal of the game in the 20th-minute after good work from Armstrong who claimed the assist. Southampton have found some form of late and are ow four games unbeaten in the Premier League and could move level on points with Everton and Leicester if they beat Aston Villa on Friday.

Aston Villa are enduring their worst run of the new season right now which culminated at the weekend when they were thrashed 4-1 in their own backyard by West Ham. The Hammers took the lead in the 7th-minute and despite Watkins equalising for the hosts, a goal from Rice made it 2-1 to West Ham at the interval. The visitors scored two more goals in the last 10-minutes against a lackluster Aston Villa side that seem void of all confidence right now. Injuries have certainly played their part in Villa's poor form but that excuse will only last so long before talk of replacing the manager emerges.

Southampton: the host's main injury concerns ahead of Friday's match are Armando Broja and Jack Stephens.

Your Questions – Southampton vs Aston Villa 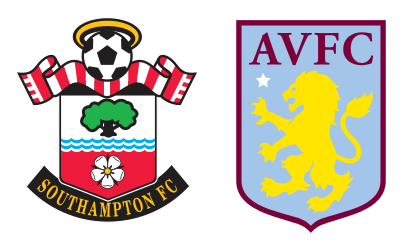