Ralph Hasenhüttl is one of the most underrated managers in the Premier League. Not only is he a great man-manager he’s also one of the best tacticians in Europe.

The Saints may have had a tricky start to the season but signs over the last two games point towards a positive upturn in their fortunes.

Since defeat to Liverpool, Southampton have moved to a 4-2-2-2 shape, one deployed by the Austrian while he was in charge of RB Leipzig.

It’s not a system used in the Premier League often but it’s a clever one for a pressing team. It gives even defensive lines, it changes the angles teams have to play from and, if used properly, it gives four attackers in transitional periods.

The Saints showed glimpses of its effectiveness during the 2-0 win over Brighton and Hove Albion, although it was against ten men.

Here, we take a look at what Southampton fans can expect from this shape and why it’s so exciting. We'll be primarily discussing how it was used at the Red Bull Arena.

Formations are nothing more than a starting off point. With so many teams flexible and fluid, their ‘formation’ often changes numerous times throughout the 90 minutes.

When managing RB Leipzig, Hasenhüttl kept his two forwards high up the pitch but staggered the wide midfielders and the centre midfielders. The aim was to ensure players weren't isolated. 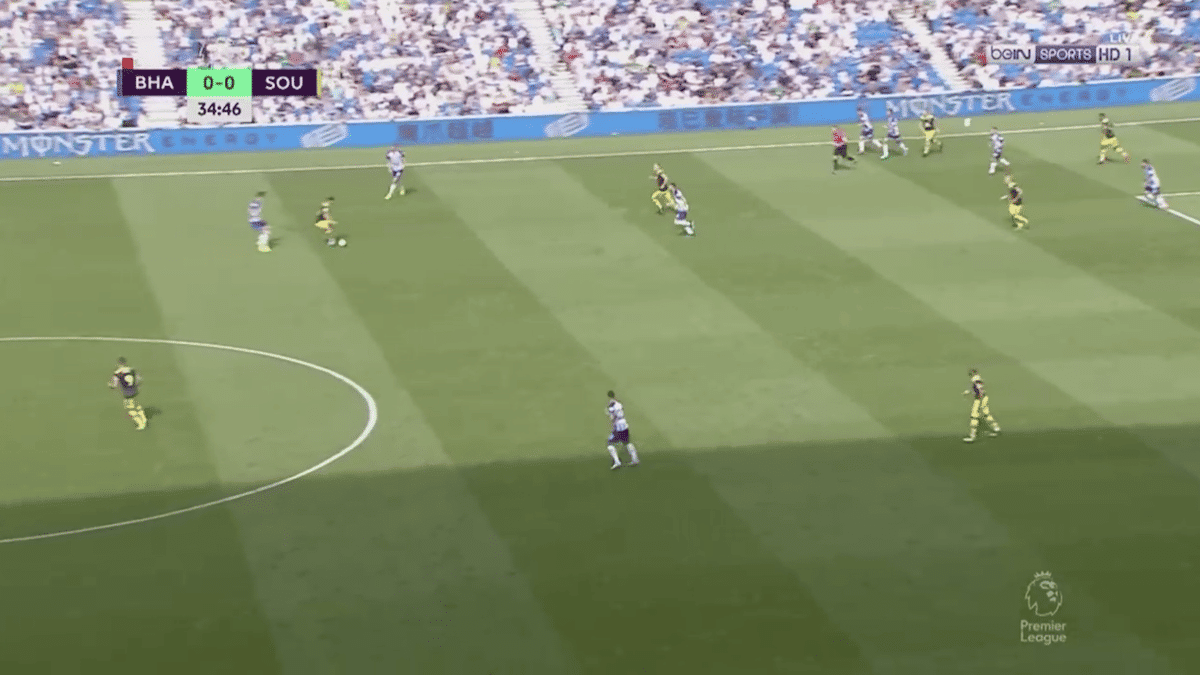 You can see Southampton adopting a similar approach in the still taken from the victory over Brighton.

James Ward-Prowse is backing up Che Adams, the man on the ball, while Danny Ings isn't too far away from his strike partner. Nathan Redmond, behind Ings, can make up the ground if the ball is played centrally.

When out of possession the Bundesliga side would switch to a traditional narrow 4-4-2. The wide players would drop alongside the central midfielders and tuck in. It clogged up the central areas and forced the opposition out wide.

Then the attackers, usually Yussuf Poulsen and Timo Werner, would press the opposition centre-backs for two reasons.

Firstly, to potentially steal the ball and start a counter-attack. And secondly, on paper at least, it would make them play the ball long.

It was ideal for Leipzig as they had plenty of players in central areas to deal with the lofted balls. Saints, for example, have the likes of Pierre-Emile Højbjerg, Jannik Vestergaard and Jan Bednarek in that area of the pitch.

It's unlikely Southampton mirror this exactly with Vestergaard not the most comfortable in wide areas. However, it might be something they adopt occasionally if required.

In theory, it’s a similar shape to the one Diego Simeone uses with Atlético Madrid. It’s a bit more dynamic than the usual 4-4-2 system and helps the team overload certain areas of the pitch in game-changing situations.

When the opposition pressed centrally, the two RBL strikers split and were able to double up in the channels with one striker and one attacking midfielder on either side.

In essence, it’s four attackers against four defenders. And in Adams and Ings, Southampton have forwards who are comfortable in the channels. 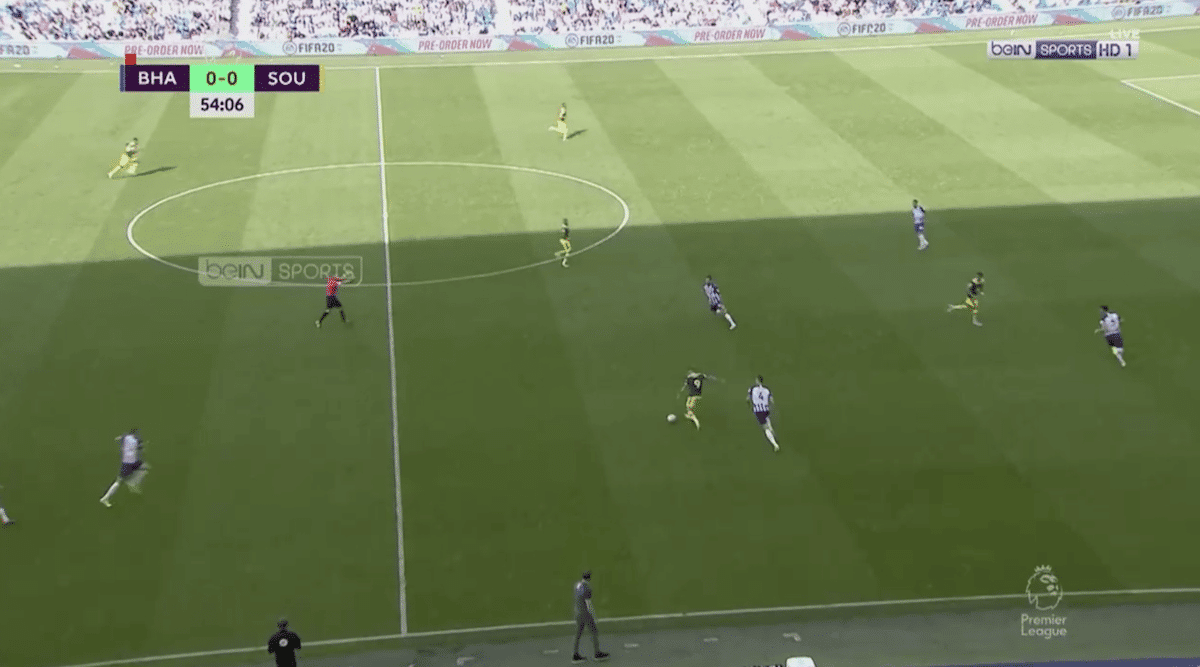 The opener against Brighton was a good example of how useful it is to double up on one side of the pitch.

Ings helped out defensively before he broke down the right-hand side. Adams joined his strike partner in that section of the pitch and dragged the Brighton players over to close down space.

It left the Saints with two men on the left. The ball was worked to Moussa Djenepo who drove forward and curled home a superb effort. Without the doubling up on one side, Southampton don't find themselves with men over.

It won't be a quick process but if Hasenhüttl can get his side playing close to how RB Leipzig did then they're going to be a handful for nearly every single team in the English top flight.

He has the players needed now to make this happen. As a Saints fan, it'll be fun to watch unfold.