Everton‘s poor start to the season continued as they went down 4-1 to Southampton in a match that further underlined why they need to appoint a permanent successor to Ronald Koeman.

David Unsworth is a Blues man, but he's failed to stop the downward spiral started under the Dutchman, with Everton sitting 16th in the table.

They've now only got one calendar win away from home in 2017 in the Premier League, and it's been 15 top-flight matches since they tasted victory away from Goodison Park. Truth be told, that's relegation form.

Southampton, on the other hand, will be very pleased with their performance, with Charlie Austin notching a brace on his first Premier League start of the season.

Those two came after Gylfi Sigurdsson cancelled out Dušan Tadić's opener, before Steven Davis put the icing on the cake.  Below are our player ratings from the game.

Could do nothing for Everton's equaliser and was rarely tested other than that. 6

Caused Everton all sorts of problems bombing forward, especially early on. Dealt well with Ademola Lookman when he came on. 7

Had a chance from a header to make it 2-0. You'd have expected him to score that last season. Will also be disappointed with his slip for Sigurdsson's goal.

But that's picking hairs, and he doesn't look too far from his best and won more aerial battles than anyone else on the pitch – 13. 7

Didn't do much wrong, but wasn't particularly troubled by the Everton attack. Hard to properly judge him based on this performance, although him and van Dijk are a very promising pair indeed – they're both very comfortable on the ball. 7

Like Soares, he caused Everton problems down the flanks.

He played a key part in the opening goal, playing a lovely one-two with Austin before a first-touch pass into Tadić that set up the Serbian for the opener.

The left-back also got the assist for Saints' second, playing a beautiful cross into Austin. 9

Constantly keeping the game ticking over in the middle of the pitch, he never looked like giving the ball away, with a 91.7 per cent passing accuracy. 7

Part of a Southampton midfield that was just a step above Everton's.

He shows no signs of ageing and scored Southampton's fourth, a beautiful curling strike that gave Pickford no chance. 7

To say he was a constant threat from set pieces sounds like he wasn't any good when the ball was in play, but he was both.

Everton aren't great, but more performances like this could see him knocking on the England door. 7 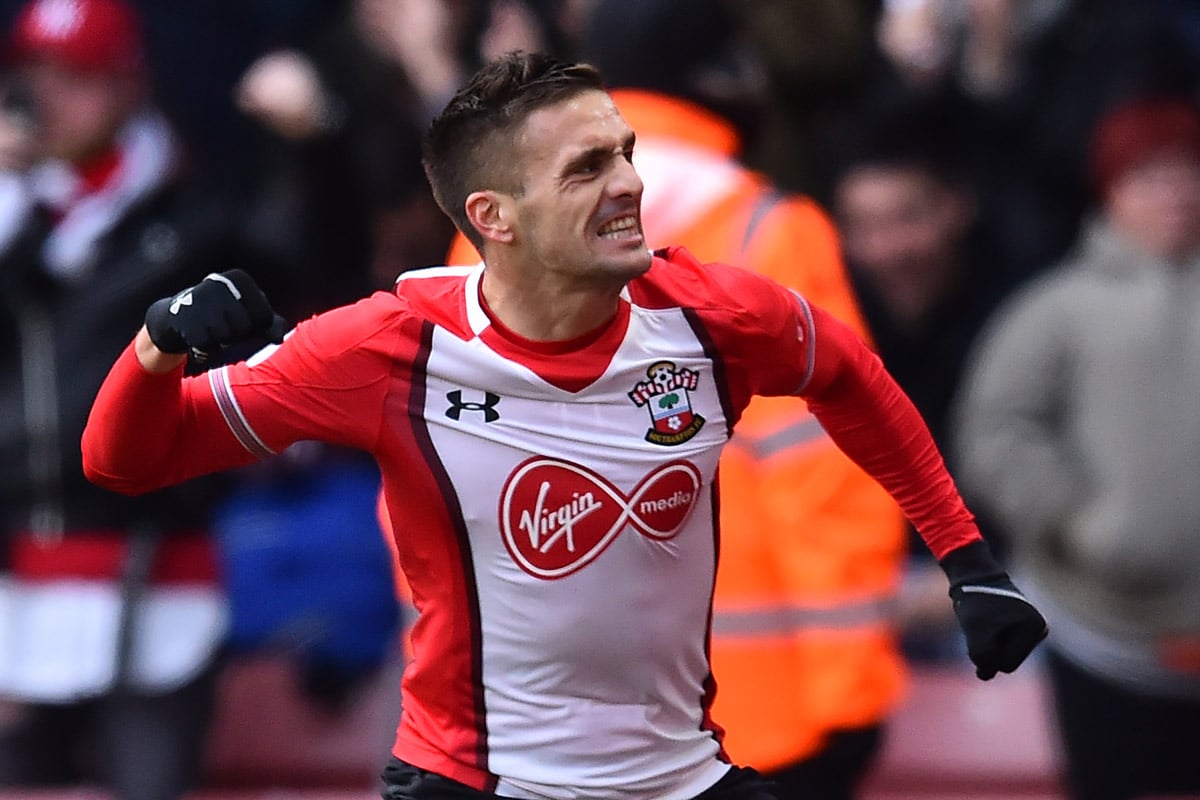 Showed great composure as he opened the goalscoring with a deft touch past Pickford with a finish that looked like he had more than one goal this season going into the game.

He was involved in the third too, with a lovely cross for Austin.

The Serbian made two dribbles before being substituted, the highest out of anyone on the pitch at the time. 8

In his fourth successive start, he played a crucial role in the opener, winning the ball back as he tracked back, although there are question marks as to whether he elbowed Jonjoe Kenny.

It will be a surprise if he doesn't stay in the team. 6

In his first Premier League start under Mauricio Pellegrino, he began the game brightly, causing Everton all sort of problems, first firing wide before hitting the post with less 11 minutes on the clock.

And that bright start turned into two goals too, heading home lovely crosses from Bertrand and Tadić. A handful who will definitely give his manager something to think about in terms of selection. 8

Let in three goals without making a save. Whether he could have done too much about them or not is a different matter, but he will undoubtedly be disappointed.

He did make a nice stop from Shane Long late on though. 5

Started off at right-back but switched to left wing-back after Leighton Baines' injury.

Perhaps the best compliment you can pay him is that Southampton's attacks tended to go down the side where he wasn't. 5

Part of an Everton defence ran ragged by Southampton. He didn't make any big mistakes, but wasn't outstanding either. 5

Southampton wanted a penalty when the ball hit his elbow in the first half. Blues fans will claim it wasn't, but they have been given before.

Went off injured in the second half, which will worry Everton fans. 5

Cédric Soares ran him ragged for the first 25 minutes or so, although he got no support from Sigurdsson ahead of him.

Could have possibly done better for Tadić's opener too. Picked up an injury and replaced in the first half. 4

Switched to right wing-back after Baines limped off.

That's not his best position and it was no surprise that Southampton's two goals after he was playing there came from them getting in down Everton's right and in behind him far too easily. 4 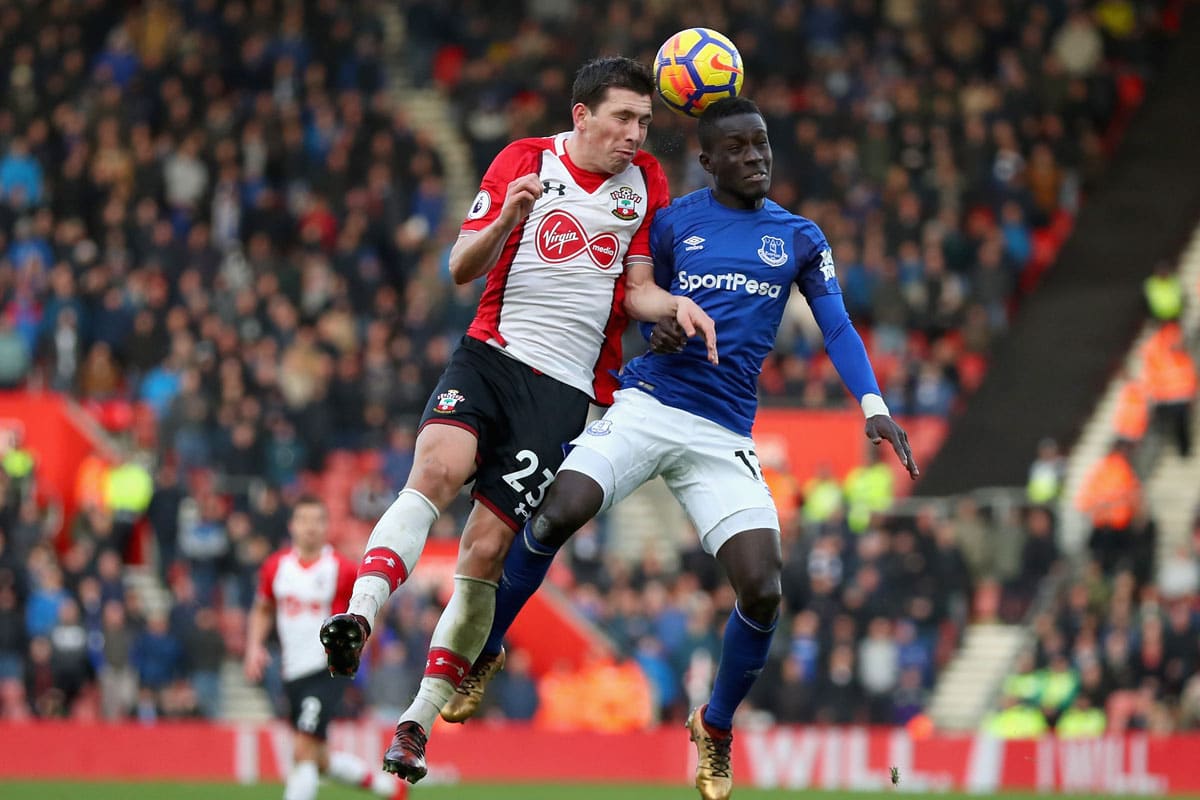 It seemed far too easy for Southampton to go through Everton's midfield, which seemed invisible.

Gueye looks a shadow of the impressive man in the middle of the pitch last season, and while he isn't known for shooting, his ballooned effort in the 81st minute summed up his game. 5

Southampton fans won't have been too impressed by their old midfielder. Saints' current options just were a class above the Frenchman. 5

Started on the left of a midfield four and was ineffective. Baines struggled with Soares due to his lack of support from the Icelandic midfielder.

Switched more centrally after the left-back's injury, and it was from there where he scored the equaliser, leaving Saints defenders on the floor before scoring a stunning long-range strike that hit the bar, the post, then the bar again before going in. I'm still not quite sure how it went in to be honest!

He tried a few efforts from long range late on, and while they didn't come off, it was good to see him making the attempts. 6

Started alongside Dominic Calvert-Lewin up front and wasted a glorious chance in the opening stages when his heavy touch allowed Forster to clear easily.

Dropped a bit deeper after Everton's reshuffle when Ashley Williams came on for Baines in the first half, but still largely ineffective. 5

Left relatively isolated up front. Ran around a lot but didn't manage a shot on goal.

Was decent in the air though, winning 11 aerial duels.

Everton need a new striker in January, but we already knew that anyway. 5

Lucky not to get booked for a heavy challenge on Tadić. 5

Looked lively at least, which is more than can be said about most of his Everton team-mates. 6