As soon as Eden Hazard smashed in the second goal the writing was on the wall for Southampton, taking on Premier League leaders Chelsea.

Antonio Conte's team would come back from 2-0 down to win 3-2, Olivier Giroud scoring twice to heap the misery on for home fans at St Mary's.

The Saints had done so well. Goals from Dušan Tadić and Jan Bednarek had given Mark Hughes a 2-0 lead in the Welshman's first home league game, but that hope died after a tough eight-minute spell.

Giroud got on the mark with 20 minutes to go, heading in superbly from Marcos Alonso's cross from the left, his fourth assist of the season. Then a spell of intense pressure saw Willian pick out the Belgian on the penalty spot and Hazard's touch.

The pressure increase and when Saints failed to clear another Chelsea attack, Giroud was there to lash home his second of the game and complete the Blues' revival.

Here are five key points to take away from Chelsea's 3-2 comeback victory over the Saints.

Mixed bag, but effective from Hazard 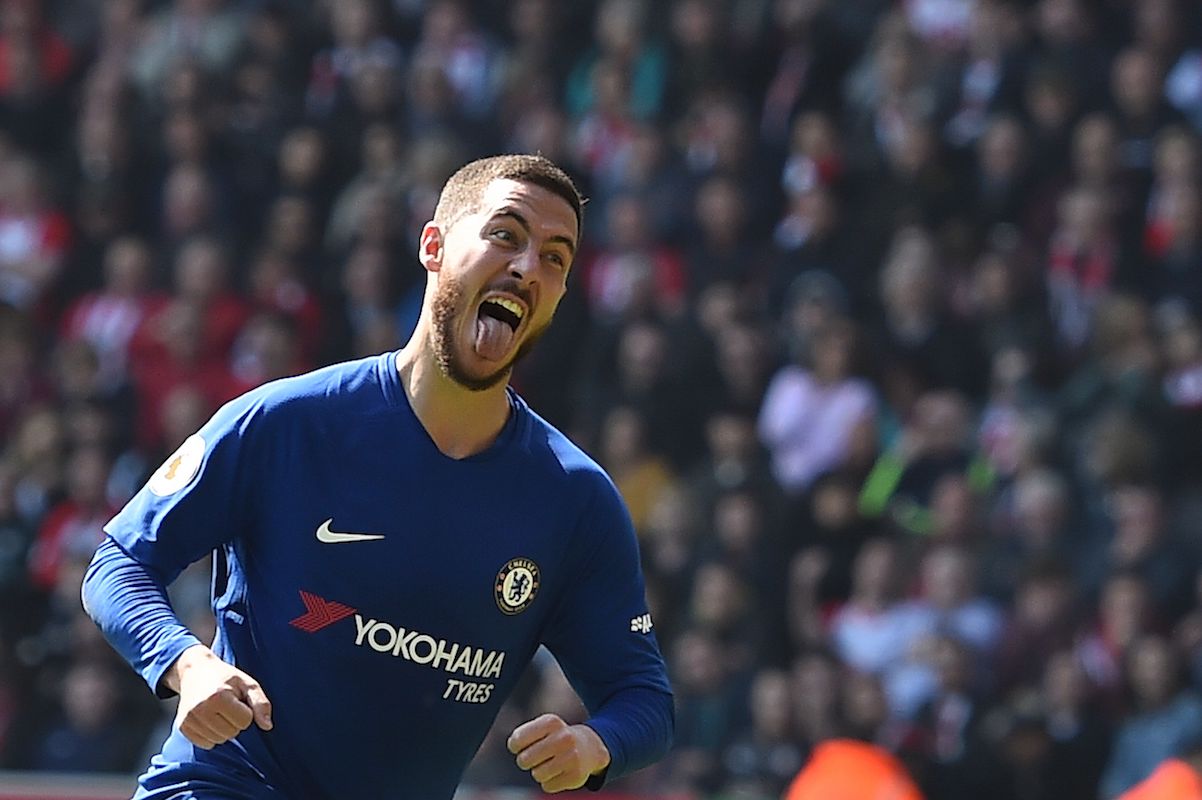 The Belgian forward finished with a goal, two shots on target, two key passes, and eight completed dribbles. Apart from Giroud, he was the Blues' most effective attacker, but you can't help but want more from the 27-year-old.

Chelsea's first half performance was sloppy and slow, summed up perfectly by their defending for the opening goal. They came to life in the second, with Hazard committing defenders and showing his quality with a sublime touch and finish.

But he can be more commanding, take the game by the scruff of the neck and control games more often. He is never going to be a player who performs for 90 minutes. He is characterised by moments and at St Mary's he provided them. But if he ever wants to be considered as one of the best to play the game, he needs to show more than this.

According to the Football Whispers lab, per 90 minutes, no one in the league completes more key passes from open play or completes more take ons, but his  xG ranks him 35th in the Premier League and his xA is only 14th best.

If no one is making more passes or beating more defenders, but his other numbers are down, more should be expected.

The sun may have been shining on St Mary's but when for sides in the bottom three it never rain, it pours.

History was against Hughes' team. Chelsea had scored in their 12 previous visits to the ground, Southampton hadn't beaten a top-six team in two seasons and the new coach had lost four in a row to the Blues, including two defeats when he was in charge of Stoke City this season.

But two goals up, the champions playing badly and with an organised defence, there were reasons to believe. However, it's the hope that kills you.

At half-time the home side had stopped the visitors having a shot on target, they had made 14 clearances and nine interceptions and won 17 tackles.

There are many reasons for Hughes to be proud of his team. But at full time they still have nothing to show for it – again. A huge blow and ultimately demoralising.

Once Hughes named his team, it was obvious both sides would be playing similar formations, pitting Chelsea's front three man-for-man against the Saints back-line.

It took 54 minutes for the Blues to fashion their first shot on target, efforts from both Hazard and Willian coming in the same attack, but neither tested Alex McCarthy.

One reason behind Chelsea's failure could be familiarity. With a three-man defence and two full-backs – regardless of whether it's a two or three in the midfield or up front – teams know exactly what they're going to get. Although you can't match talent-for-talent, you can frustrate the soon-to-be former champions with effort and organisation.

The away side failed to play with width, using the wing-backs or forwards to stretch the Saints' back-line, hoping to create gaps through the middle. At half-time Hazard had completed five dribbles, but the majority were not in the danger areas, as the graphic below, from Whoscored.com, shows. 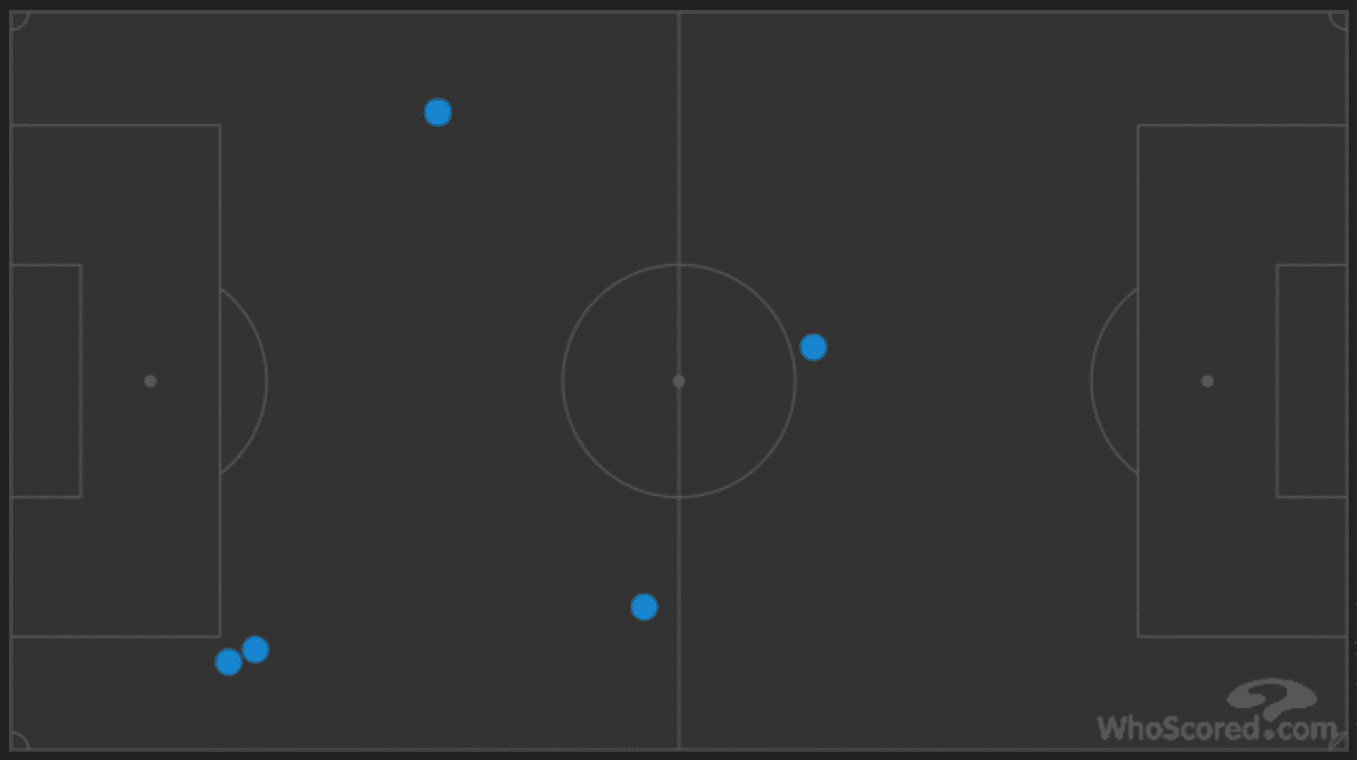 It was no surprise when Giroud sparked the comeback with a header halfway through the second half. The Frenchman offers something different and it's exactly what Chelsea needed.

If Conte wants to finish the season strong, he needs to show he's more than a one-trick pony.

Long way not the best way

Teams struggling at the wrong end of the Premier League table need luck and results, not performances. Southampton were excellent for long periods but, in the end, came away empty handed.

However, with Shane Long up front on his own, what do you expect? With 5.12 touches in the opposition box per 90 he ranks 27th in the league. However, 1.91 scoring attempts put him 68th.

His best chance came when he had a sight on goal with his left foot, but slipped as he shot, forcing Thibaut Courtois into a great reactive save. But it was a chance created through failure, not quality.

If Hughes believes Long is the man to fire the Saints up the table, he must pair him with someone who can find the back of the net. Charlie Austin and Manolo Gabbiadini came off the bench, something playing with a back three enabled Hughes to do.

Anything is worth a try at this stage of the season, especially when luck is going against you. 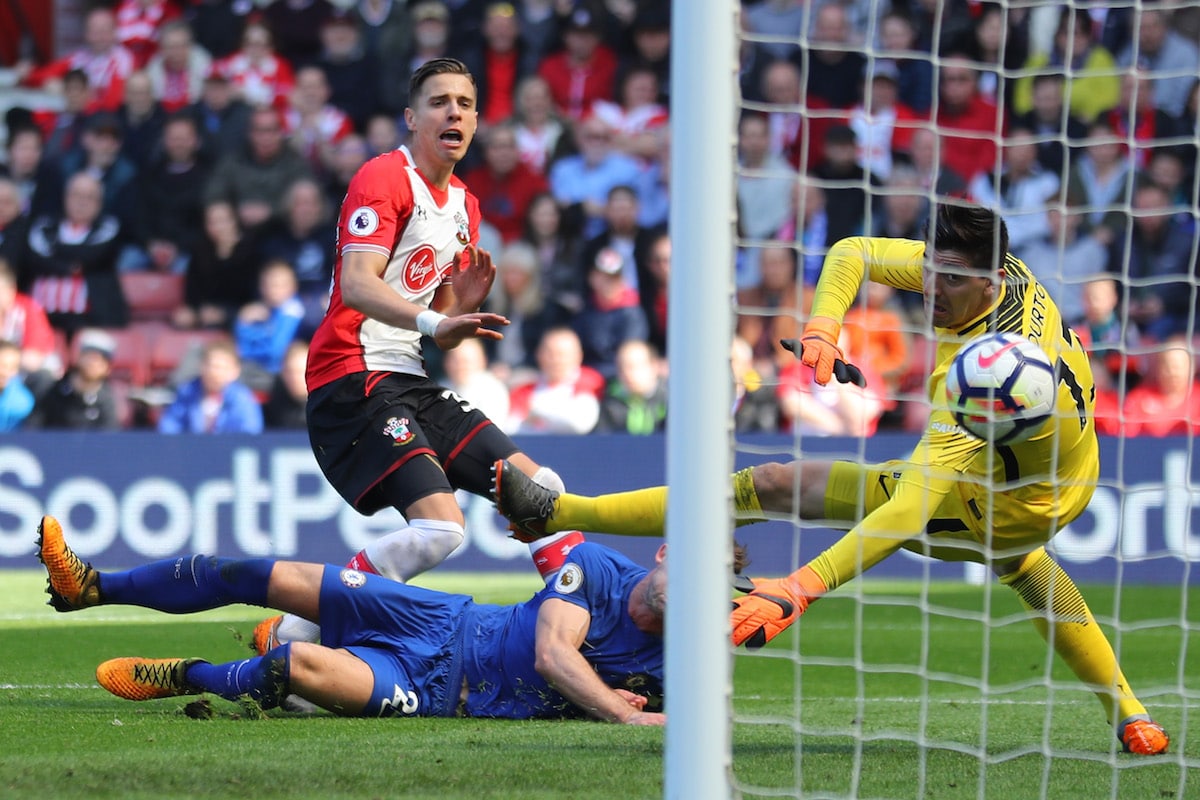 It was discussed during the week whether bringing in the Polish defender for the suspended Jack Stephens would help Hughes stick with three at the back. It did, and it worked to perfection.

Fifteen minutes into the second half, Chelsea were starting to up the pressure. Looking more alert and alive, the Blues pushed forward and the home side were on the ropes.

Step forward Bednarek. After James Ward-Prowse curled in a beautiful ball to the back post the 22-year-old popped up unmarked to calmly stroke home a superb volley.

Not bad for your Premier League debut.

When it came to his defensive duties, the young defender impressed there too. He made four clearances and didn't concede a foul. At the point in which he came off, only Pierre-Emile Højberg had attempted more passes.

An impressive debut. Hopefully there's more to come from the summer signing.