Chelsea travelled to the St Mary's Stadium knowing a win would take them to the top of the Premier League ahead of Liverpool's match against Manchester City.

Maurizio Sarri's men are the only team in the Premier League to yet taste defeat across any of the competitions they're involved in this season. Southampton, their hosts, headed into the game with five points having won just one of their matches in the English top flight this term.

Everything pointed towards a Chelsea win, especially with Eden Hazard on the pitch. The 27-year-old has averaged a goal or an assist every 61 minutes this term and started the match like a man full of confidence as the Blues pinned the home side back.

However, it was Southampton who had the first real chance of the match around the 25th minute. Ryan Bertrand whipped in a delicious cross and Danny Ings found himself in space inside the six-yard box. The former Liverpool forward tried to sidefoot the ball home but managed to somehow fire it over the bar. It was a real let off for the away side.

And just a little over five minutes later the home team were left to rue the miss. Ross Barkley won possession back just outside the Southampton area and slid in Eden Hazard. The Premier League's top scorer made no mistake and fired in the first goal of the match and his seventh of the Premier League campaign.

We had to wait until the second half for the next goal. Olivier Giroud's acrobatic attempt was turned in by Ross Barkley from point blank range. This was just minutes after Bertrand blazed over from close range.

Chelsea rounded off the win in stoppage time as Álvaro Morata chipped the ball over Alex McCarthy to add the exclamation point to the match after a sublime Hazard pass. 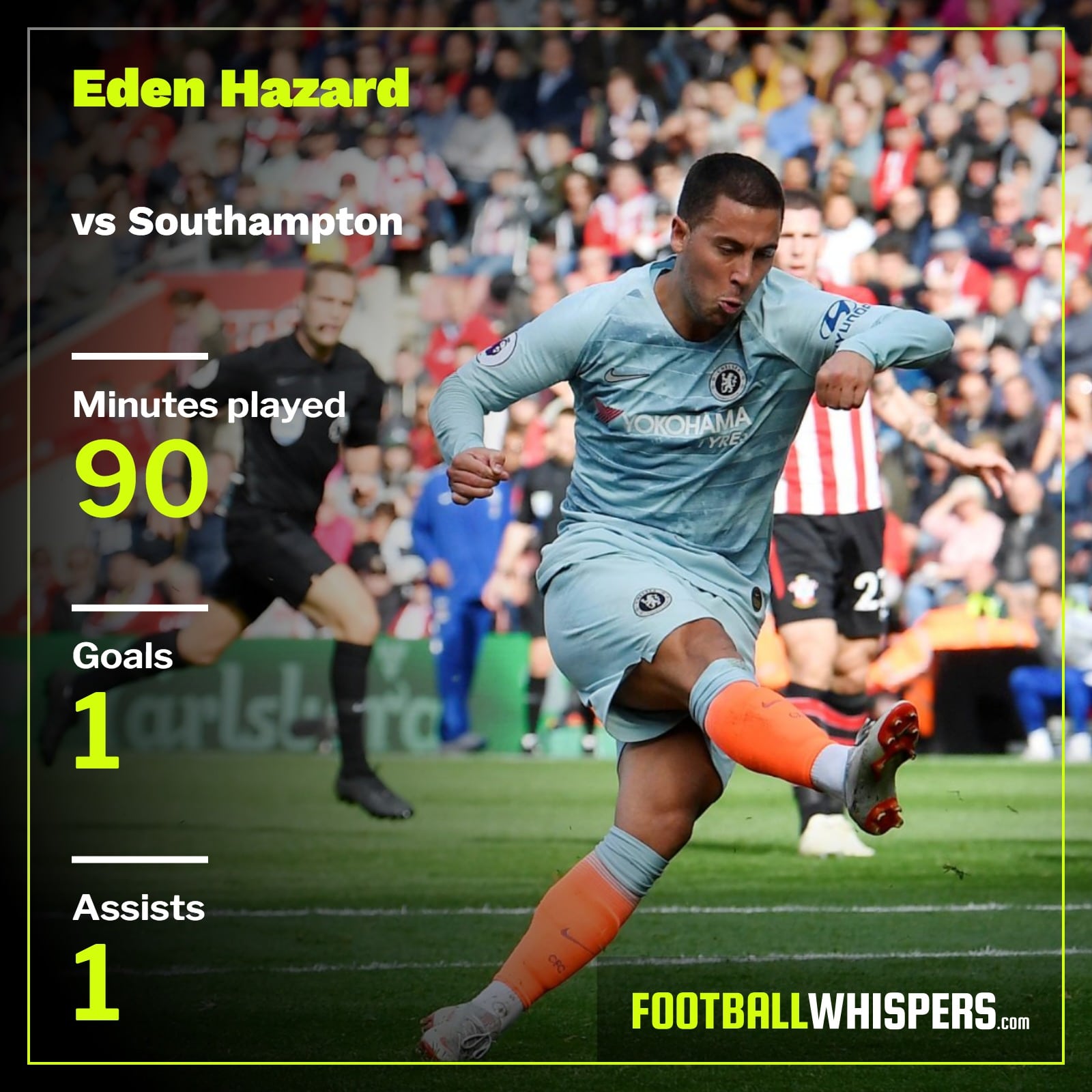 Chelsea are becoming a one-man team

There’s no shame in being reliant on a world-class player. Barcelona have looked to Lionel Messi to produce moments of magic for a number of years to get them out of trouble. Real Madrid did the same thing with Cristiano Ronaldo before his move to Juventus in the summer transfer window, too. If anything it’s what makes the great teams amazing, the fact they have an ace up their sleeve while others don’t.

Chelsea currently have that with the brilliant Belgian. But they’ve started to become a little predictable as a team. Their tactics seem to hinge on getting the ball to their No.10 and then watching him dazzle. When he’s unable to, like in the match against West Ham United, player and team draw a blank, and all of their easy on the eye football is, to an extent, pointless.

The team are still adapting to Sarri’s style so having a player of Hazard’s ability makes things easier, but sooner or later the team will have to step up to mean his unpredictability doesn’t become a relied upon method to breaking down the opposition. There’s a chance it becomes stale as teams figure out how to smother the long-term Real Madrid transfer target.

For most of the season, Southampton have started with a back-four system. Against the 2016/17 Premier League champions they went with a back-three/five. Now, on one hand, Hughes should be praised for being flexible and adapting to the task he's presented with. On the other, it seems a little naive and reactive to completely switch up the defensive shape.

Without continuity, it's difficult to string together a series of performances. It's hard to build momentum and it suggests there isn't a clear plan in place that the manager trusts. He's just hoping to strike lucky and find something that works for everyone.

Sarri made one change from the side that drew 1-1 with Liverpool last weekend. Mateo Kovačić dropped to the bench to be replaced by Barkley. It was the former Everton man's first start in the Premier League since the win over Arsenal in August. It was a bold call on the Chelsea manager's part.

Yes, Kovačić played the full 90 minutes in the Europa League game on Thursday but he was arguably the man-of-the-match against Liverpool last weekend.

He was superb both in and out of possession, resulting in the Liverpool midfielders chasing shadows for large periods of the match. The Chelsea midfield dominated at Stamford Bridge. Bringing Barkley into the fold could've messed with the dynamic.

But the Chelsea No.8, who was recently recalled to the England team, looked at home in Sarri's XI and was taking up intelligent positions when not in possession to bring others into play. He's grasped what the new manager wants and the Blues are all the better for it. He was quick into the tackle and his threaded pass got Hazard in for the Belgian to fire in the opener.

His goal rounded off a perfect week.

Southampton blunt their own attack

Manolo Gabbiadini is a poacher. He's good at what he does and he could strike up quite the partnership with Danny Ings. But it's difficult for him to do so when he's playing as a support striker. He does all of his best work inside the penalty area and isn't famed for his work rate and contribution to the team going backwards.

Yet Hughes decided to have Ings lead the line instead of the Italian, even though summer signing has experience playing the support role having done so, and excelled in doing so while playing his trade for Burnley.

Ings could've caused the full-backs more trouble than Gabbiadini did and it's safe to assume his movement would've opened up space for the Southampton No.20. Did the Saints boss get his set-up wrong? 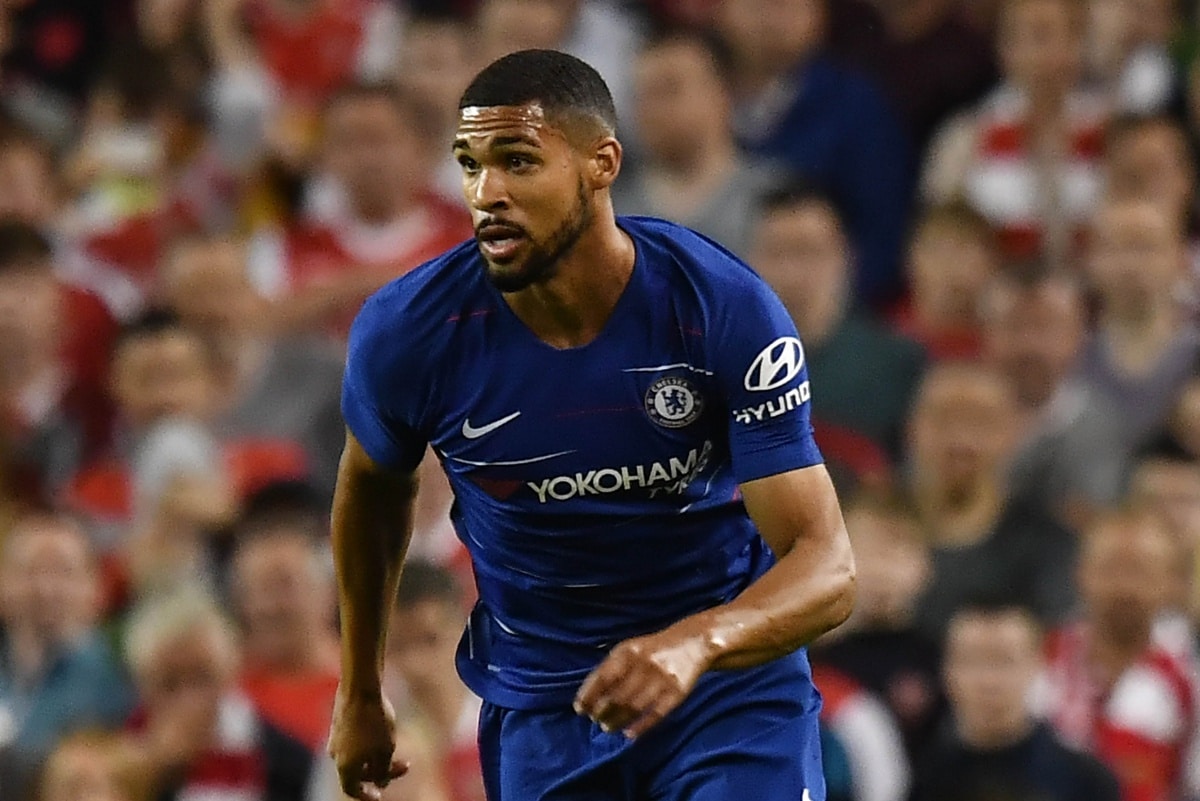 Loftus-Cheek is at a career crossroads

Subbed off after 66 minutes on Thursday, Ruben Loftus-Cheek wasn't even part of the matchday squad today. The 22-year-old has just 33 minutes to his name in the Premier League this season and, by the looks of it, isn't in Sarri's first-team plans.  It's a far cry from his 2017/18 campaign when he was a star player for Crystal Palace.

He arrived back to training late after being part of the England squad at the World Cup and he isn't up to speed with the manager's demands yet. But he needs to be playing regularly if he's to keep his place in Gareth Southgate's squad. Is a January move on the cards for the highly-rated powerhouse?