ITV's autopsy of England's shock defeat to Iceland finished with Messrs Dixon, Wright and Crouch talking about how Roy Hodgson was a decent and honourable football man in the wake of his resignation as England manager. If anything it was an act of a cowardly man looking to escape criticism by falling on his own sword. It was a charade done purely for dramatic effect with his England contract nearing expiration anyway.

An honourable football man. It's certainly a peculiar choice of wording  when describing a man who pandered to the media throughout his entire England reign.  A yes man who spent his tenure as the manger of the national team trying to appease the influential media and those at the FA. A football man who called up an already injured Daniel Sturridge in a bid to test his resolve. The same man who said “these things happen” following on from the defeat to Iceland in a game which highlighted just how out of touch he was with modern football. A man who had his resignation letter pre-prepared. Just how long has he been carrying that around with him?

“Quicker than Cameron.” The Internet joked about the speed of Hodgson's departure but it's long overdue. He was lucky to come away from the World Cup in Brazil as England manager. England finished bottom of their group with zero wins yet miraculously Hodgson remained in a job. Keeping the press on his side literally kept him in the job. An honourable man would have walked after that.

Both he and the England team responded resoundingly by qualifying for Euro 2016 with an emphatic ten wins from ten. They headed to France having beaten World Champions Germany in a friendly. Confidence should have been at a high. 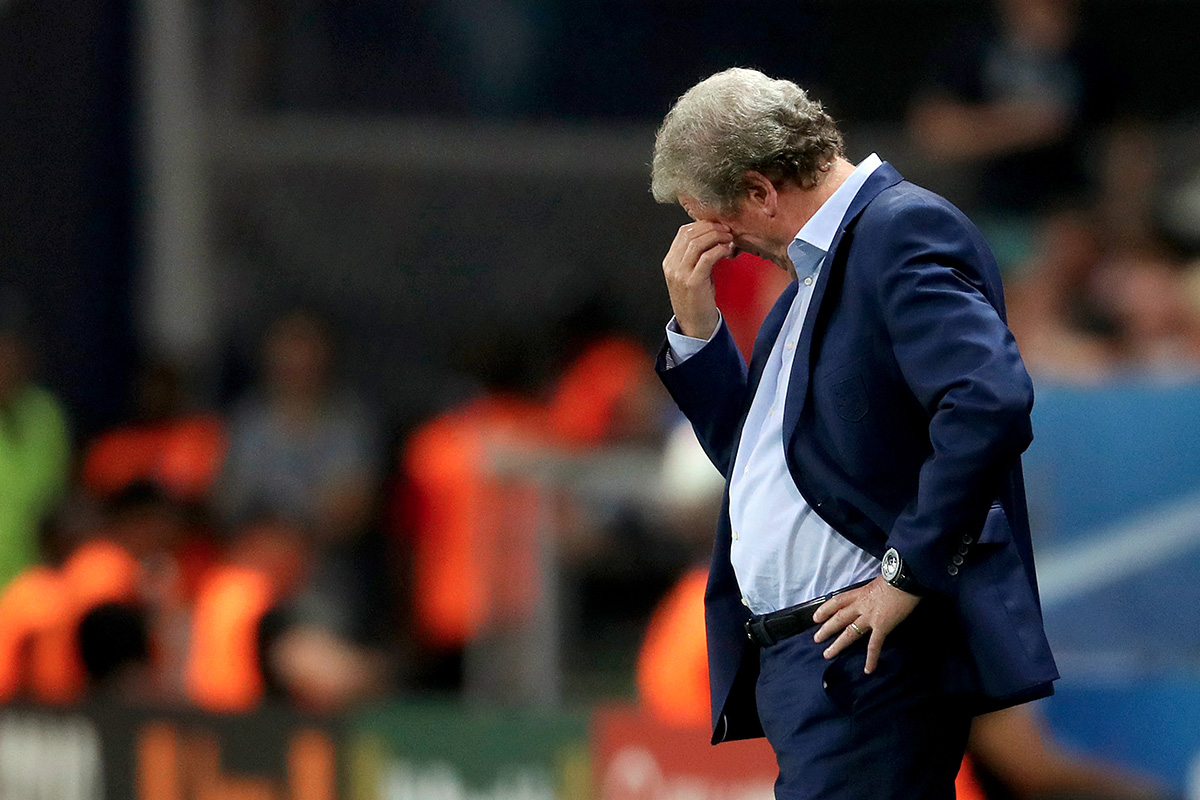 Hodgson's first mistake was his squad selection. Questionable exclusions and inclusions left question marks over just how England would line up. Both media and fans didn't know and neither did the manager. Chopping, changing and last minute tweaks, what should have been good pre-tournament practice was instead wasted as Hodgson through a team together who performed like it was their first time kicking a ball. Confused, at a loss and dangerously blunt; three ways to describe the England side just a week before their first group game.

Hodgson needed something special to save his managerial career but he was proactive in taking his future into his own hands. Euro 2016 ended with Hodgson adding just the one with to his International tournament career taking the tally to three. Three wins in three International tournaments. Three wins from eleven games. Three wins from matches against France, Sweden, Ukraine, Italy x2, Costa Rica, Uruguay, Russia, Wales, Slovakia and Iceland. Two of the wins arrived in his first three matches, Sweden and Ukraine at Euro 2012, meaning following on from that win against Ukraine he had one win in eight matches.

England weren't up against European heavyweights. A talented England squad, which they were, should have been able to beat the likes of Costa Rica, Russia, Slovakia and Iceland had they been set up properly. But they weren't. Ignorance or arrogance, it was avoidable.

A 100% record in qualifying counts for nothing if the tactics when it matters are completely wrong. There's no point scoring 100 consecutive penalties in training but then missing seven of the ten you take in pressure matches. What matters is how you perform under pressure.

Where it went wrong. 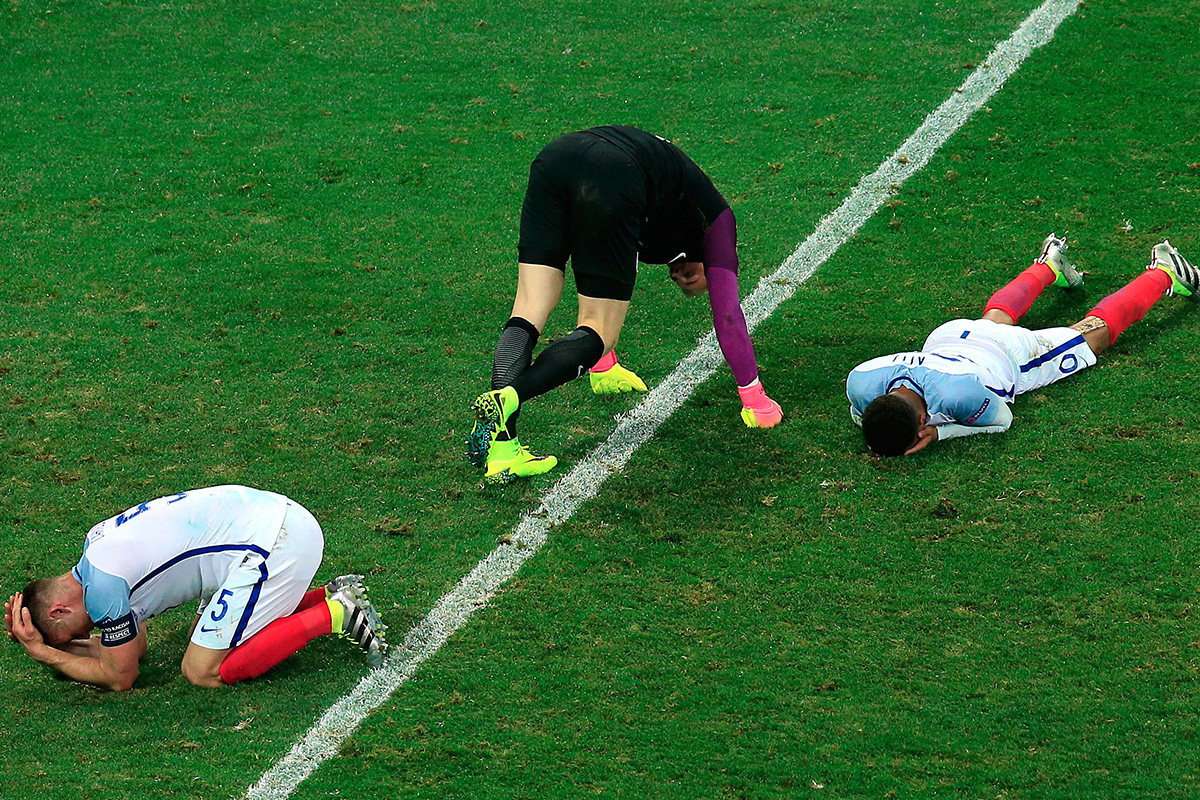 Hodgson was often accused of being a dinosaur. A man stuck in the past with prehistoric tactics and no grasp on the modern game. To mask such problems he set about replicating whatever was successful the season prior to an International tournament.

After Liverpool had two good cup runs in 2011/2012 Hodgson filled his team with Liverpool players because they had experience playing knockout football. Jordan Henderson, Andy Carroll and Martin Kelly were all named in the squad to the surprise of many.

The World Cup of 2014 saw Hodgson adopt a tactic from Liverpool once again. England started their opening game against Italy with Jordan Henderson and Steven Gerrard playing a midfield two with Raheem Sterling as the man behind Daniel Sturridge. A tactic similar to one that had brought great success to Liverpool as they finished second in the league. Of course media pressure to put Wayne Rooney back in as a number 10 grew and Hogdson inevitably gave in.

Euro 2016 arrived and the flavour of the month was Tottenham Hotspur. England went with five Spurs players in their starting XI; Danny Rose, Kyle Walker, Eric Dier, Dele Alli and Harry Kane, in the hope the players could carry on with their club form.

Every single tournament under Hodgson has saw the same question being asked; Why is Rooney starting?

Question marks over his fitness at Euro 2012. Then in 2014 Hodgson moved an in-form and confident Sterling out wide to accommodate Rooney before finally, at Euro 2016, selecting Rooney as one of his centre-midfielders despite having better team players on the bench and at home in England.

Mousa Dembele has been a key component of the Spurs midfield this season. He's a dribbler, he breaks the lines and he carries the team forward but at the same time he's superb defensively. He, Dier and Alli have the right dynamic in midfield to allow all three to flourish. Replacing Dembele with Rooney counteracts the other two midfielders which then has an impact on the full-backs and inevitably Harry Kane.

Rooney drops deep, looks for the diagonal pass to either Rose or Walker and it kind of nullifies Kane dropping deep to start plays and Alli getting beyond him. Their style is close, intricate passes, not waiting for crosses into the area against a deep sitting defence. Barkley, Henderson or Wilshere would have been better as the third midfielder. These aren't better individuals but they are better for the team. Undeterred, he persisted. It worked for Spurs it will work for England.

It's no coincidence England looked at their best in the match against Slovakia with a much more balanced side. No Rooney to try those thirty yard passes. Instead of it being a bunch of individuals it looked like a team with players playing the right roles. A bit of a novelty for an England side under Hodgson.

Most managers would have taken that on board but not Hodgson. He reverted back to the disjointed team from earlier games with just Sturridge replacing Lallana. Arguably the most talented English striker playing wide right to accommodate media darling Harry Kane.

His prehistoric mindset evident as England chased the game against Ireland. Hodgson through Marcus Rashford on in the 85th minute, replacing Wayne Rooney, as England finished the game with four striker on the pitch and yet none of them in their preferred positions. All those goals on the pitch, at your disposal, but without any idea how to unlock their potential. It's a failing of Hodgson's that he won't be able to escape. 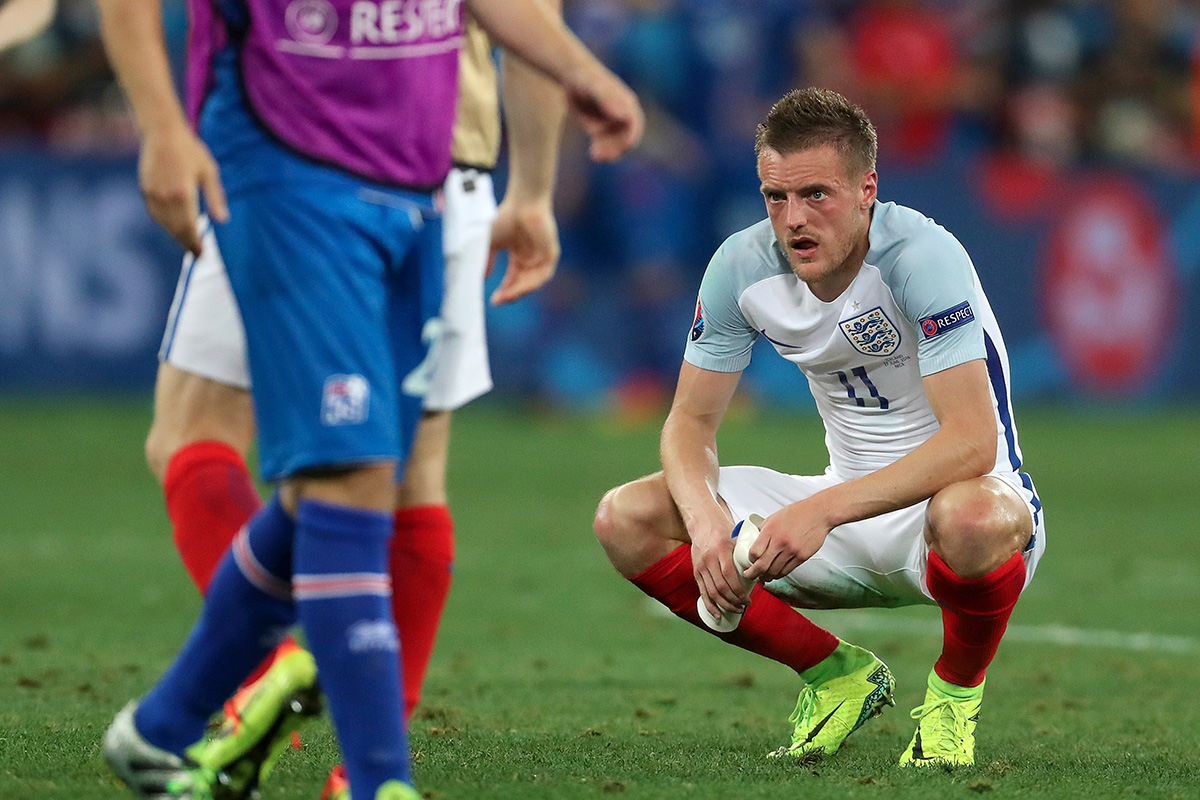 Hodgson leaves behind a young England squad scarred from this experience. However, this doesn't have to be a negative. This young squad, if there is enough hunger and desire can come back even stronger from this disappointment. This is going to hurt them. They're going to be labelled as failures long after everybody has forgotten about Hodgson and a new boss has been appointed.

The FA has to get the next appointment perfect. It may not look like it after the results but this is a talented English squad. If the new manager can harness that ability and not play politics with the team then there is potential there for England to get the semi-final hoodoo off their backs and take that next step. Lear from the mistakes of Sven, Capello and Hodgson. Use other countries as an example, not their style of play but how they go about piecing together teams. The manager picks a style, an identity, and then builds a squad around that. For too long now England managers have picked their best players and then put them into a system, too afraid to make the bold calls.