The role of backup striker at a top club can be one of the most difficult, frustrating, and unrewarding jobs in football.

It's likely that said player will have been signed thanks to a period of productivity in front of goal and impressive performances at a previous club.

To go from that to a bit-part role, often involving long goal droughts and very little game time, can be difficult to take: Just ask Tottenham‘s Vincent Janssen.

It's difficult to build any sort of momentum or confidence in front of goal, especially when the appearances rack up, but the minutes played and the goals scored do not. It's a life that's second only to that of a reserve or third choice goalkeeper when it comes to the isolation and the mental toughness required.

Janssen also has the misfortune of being behind one of the best strikers in the English game, and arguably across the whole of Europe. Every season the pundits predict that Harry Kane can't repeat his last, but each time the centre forward has gone on to prove them wrong, and then some.

How Could Tottenham Hotspur Line Up In 2017/18… von FootballWhispers

It took Jansen until April to score his first goal in open play for Spurs, and he remains a struggling, peripheral figure in terms of match-day involvement.

But thanks to the exploits of another player, Janssen shouldn't even be second in line in Spurs' striking pecking order.

Son Heung-min has the advantage of being able to play as a winger, inside forward, attacking midfielder or striker. His versatility and perfect fit in Mauricio Pochettino's system means he's never far away from the team, and if Kane is unavailable he doesn't need a run of games to get his eye in.

With 14 goals and nine assists in the league last season, Son was contributing to one goal for every 90 minutes he played. He was able to deputise effectively, not just for Kane, but for other attacking players too, as well as earning a starting spot on the side on the back of some impressive performances.

His defensive work epitomises the Pochettino style, and he's a player that most teams in the league would love to have hanging around their squad. The South Korean is the reason Spurs might not be so eager to enter the transfer market this summer, especially in attacking areas, and his signing from Bayer Leverkusen for £22 million has been a great bit of business for the London club.

Spurs will play their home games at Wembley this season while work on the new White Hart Lane continues, and Son could thrive on the bigger pitch.

He can run all day and has enough pace and acceleration to worry opposition defenders if they're isolated in a one on one battle. With his wiry strength the forward is stubborn enough to lead the line by himself, and he has the technical ability to bring others into play as Kane might do for him when the pair play in the same lineup.

He's been criticised for his finishing in the past, but his 21 goals in all competitions last season speak for themselves. While the opposition make their pre-match plans around stopping the likes of Kane, Dele Alli, and Christian Eriksen; Son is the secret weapon of the side who can do serious damage.

If Son is left unattended, the opposition could find the man tasked with marking him destroyed, damaged, or removed from the game without warning.

Heading into the new season he could play a big part again as his side look to improve on their disappointing performance in last season's Champions League where they exited at the group stage. They then entered the Europa League but were knocked out by Gent the first knockout round in an even more disappointing showing.

This season they'll look to at least qualify for the Champions League knockout stages as they try to build up their reputation on the continent, which in turn could help them attract more players. 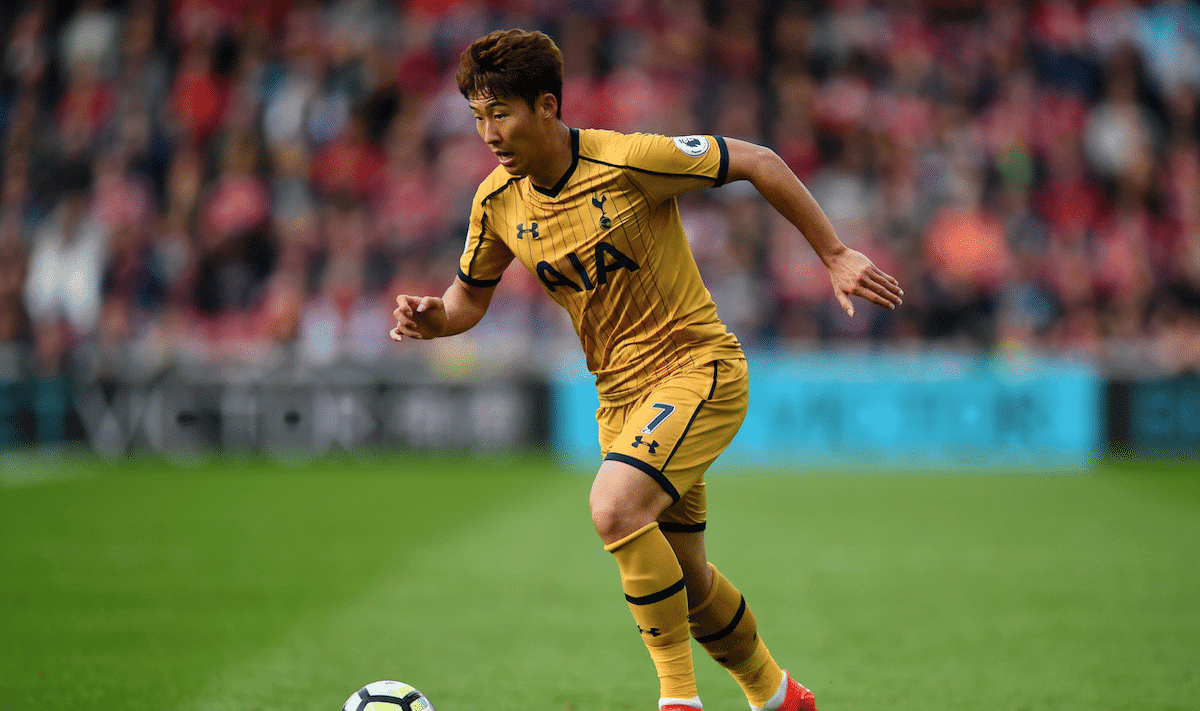 While Jansen will still get game time here and there, and it will be impossible for Kane to start every game even if he remains injury free, the go-to backup option for Pochettino should be Son rather than the Dutchman.

Just as the excellent form of one of the league's best goalkeepers, Hugo Lloris, means that Michel Vorm has to make do with the occasional appearances in cup competitions, Jansen will have to slog it out as third choice striker, fighting a losing battle in the bid to usurp Kane & Son.

It's likely to be a big season for the Korean, especially if his country qualify for the World Cup in Russia next summer. By the end of it maybe he'll no longer be the under-rated utility forward, but up there as the best Asian player to grace the Premier League.