One of the quirkier aspects of the Champions League is its annual mid-season slumber.

As Europe's top club competition tucks itself in for a lovely, ten-week snooze in the dead of winter, the clubs who reached the knockout rounds continue to negotiate challenging schedules on the domestic front.

It can often mean injuries, a change in fortune for good or bad or a managerial casualty. In the case of Manchester United vs Paris Saint-Germain, all three have played their part in the narrative leading up to Tuesday night's blockbuster at Old Trafford.

When the draw for the last 16 was made, on December 17, United were in the depths of despair, a dismal 3-1 defeat to Liverpool at Anfield leaving the Red Devils on 26 points from 16 games, with a goal difference of 0.

He didn't know it then, of course, but the draw in Nyon was José Mourinho's last day as United's manager. Less than 24 hours later, he was dismissed, bringing to an end an increasingly torturous two-and-a-half year stint at Old Trafford.

The landscape at the Parc des Princes could not have been in starker contrast. As Les Parisiens' delegation took their seats for the draw in Switzerland, they had reason to feel smug and to feel as though their lot could take on anyone.

After all, at that stage of the season, Thomas Tuchel's side had made wincingly light work of Ligue 1; 14 points clear having taken 44 from a possible 48.

It's a little different now, though. There have been signs of struggle recently, losing to Lyon away at the start of this month and needing 102 minutes to find a breakthrough against Villefranche Beaujolais of the third tier in the Coupe de France last week.

Here, as United and PSG prepare to meet for the first time competitively, we look at how the stars are aligning for Ole Gunnar Solskjær ahead of his toughest assessment yet as the Red Devils' interim boss.

Tuchel's main concern is the fitness of his squad. Having already lost Neymar, the German is now expected to be without Edinson Cavani in Manchester after the Uruguayan was forced off with an injury at half-time in the 1-0 win over Bordeaux on Saturday.

While he still has Kylian Mbappé – Ligue 1's top scorer – at his disposal, Cavani and Neymar's absence will serve as a significant blow for the French champions, especially against United's defence which, despite having kept back-to-back clean sheets, is far from impenetrable.

At the opposite end of the pitch, it hasn't received nearly as many headlines as Neymar or Cavani but Thomas Meunier's expected absence will be sorely felt, too. The Belgian, who scored at Anfield in September, offers industry and invention down PSG's right flank at a rate Dani Alves – now 35 – can't quite match.

Even without their crocked trio, PSG boast serious star power. The thought of going up against Mbappé is enough to strike fear into even the hardiest defender but the 20-year-old Frenchman may have the craft of Julian Draxler and Ángel di María, the latter of whom is still looked upon with derision by United fans.

Di María is the obvious link between the clubs and, while the Argentine dropped to his lowest ebb during a harrowing solitary year at United, he has re-established himself among the elite since packing his bags and heading for the French capital in 2015.

The 2014 Champions League winner with Real Madrid – who will turn 31 on Thursday – has been productive this term with eight goals and nine assists in all competitions. His form has been on an upward curve since the end of November, too, having increased his expected goals assisted (xA) per 90 minutes from 0.27 to 0.44.

Di María has been dangerous operating either on the wing or centrally for PSG this season. Cutting him off may hold the key to United quelling their visitors' threat. 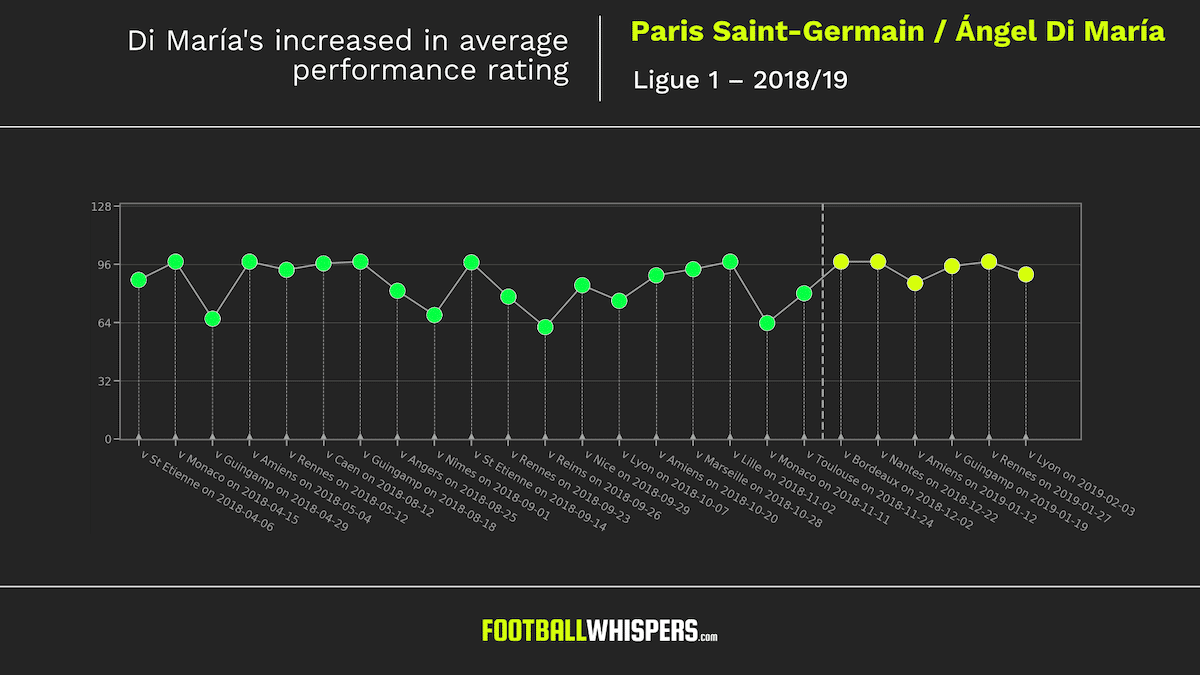 Start of defining the period for Ole

PSG's injury woes are a timely boost for Solskjær; what the Norwegian will be truly encouraged by is how his own side are shaping up.

United look almost unrecognisable from the stodgy, creatively bankrupt collection of players who limped to defeat in Valencia in their last European outing.

What's happened since Solskjær's appointment has been well-documented; 11 wins from 12 games, a complete turnaround in mood and key players performing to optimum efficiency.

Paul Pogba is enjoying his finest form in a United shirt. Marcus Rashford has blossomed into an elite-level matchwinner. And Ander Herrera and Nemanja Matić have been pillars of consistency under the new management. 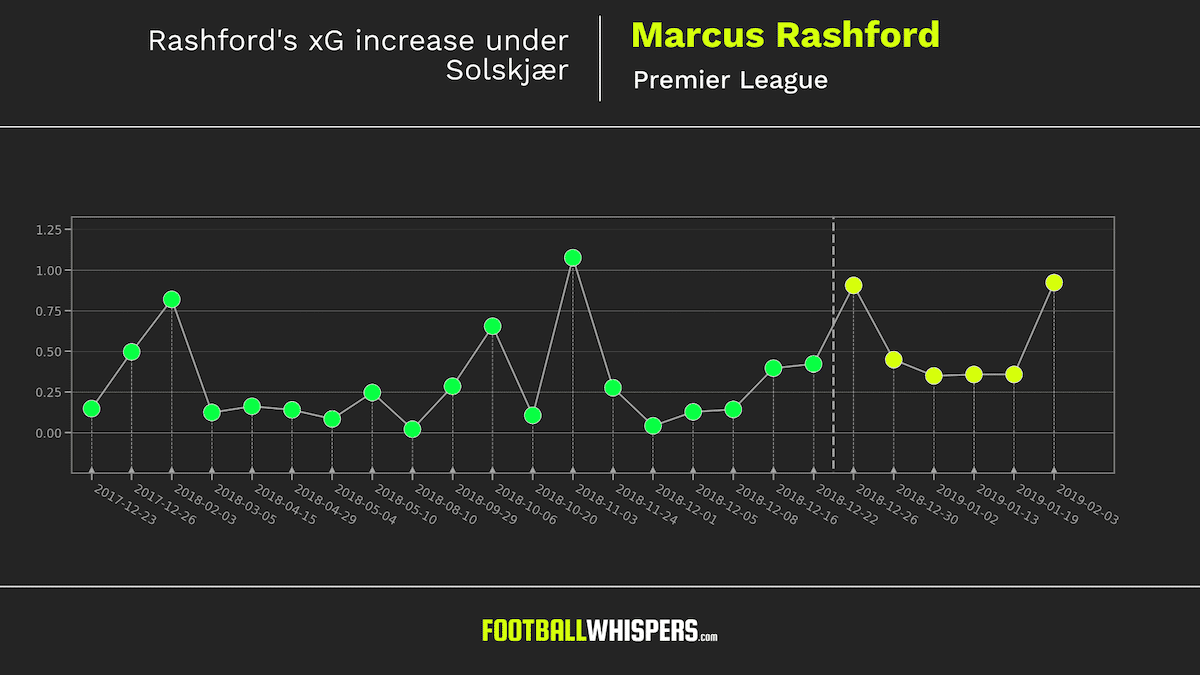 After sweeping Fulham aside on Saturday Solskjær spoke of his excitement for the PSG game. And why wouldn't he be excited? His most pressing concern, arguably, is which in-form player to leave on the bench.

And while that may paint a scoff-inducingly rosy picture of affairs at United, the 45-year-old will be acutely aware that the next two weeks may be critical in reaffirming his credentials for the job on a permanent basis. After the visit of PSG United travel to Chelsea in the FA Cup before welcoming title-chasing Liverpool to Old Trafford.

If it goes well, the odds on Solskjær being in the hot seat on the first day of the 2019/20 season will shorten once again. If it doesn't, United may find their hopes of silverware in tatters as the Scandinavian's stock begins to tumble.

All Solskjær can do is prepare for the next big game. The way in which he oversaw victories at Tottenham and Arsenal certainly bolstered his reputation but doing likewise against a side with designs on European domination will do wonders for him.