Manchester United boss Ole Gunnar Solskjaer is confident about Paul Pogba remaining at Old Trafford next season. The rumours of Pogba’s departure have grown in recent weeks. The French international is reportedly a target for Juventus, Real Madrid, and PSG. 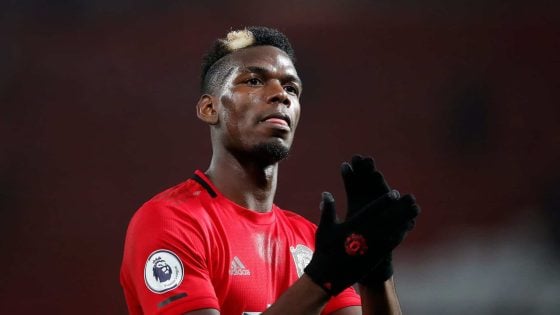 Throughout his time at United, Pogba has been discontent with a number of aspects. This could mean that he may not renew his contract, which comes to an end in 2022. Therefore, United may decide to cash in on the midfielder rather than lose him on a free in the next summer.

Pogba has had very little impact this season. He has only featured in 18 league matches from the start and he has only managed six goals from his 37 appearances in all competitions. Due to his age, the 28-year-old will command the highest transfer fee in the summer, as his value will begin to go down considerably from next season onwards. Pogba came to United for a then-world record transfer fee of almost £90 million. Since then, it has been a tale of up-and-down for the midfielder at Old Trafford.

He has failed to live up to the heights expected out of him. The 2018-19 season remains as the best ever for Pogba with 13 goals and three assists from his 35 league appearances.

While Solskjaer remains confident of Pogba staying at the club, the player’s agent Mino Raiola seems to be very keen on pulling off a move. Solskjaer said: “[Paul] knows my feelings about him and that I want him to stay. It’s about creating an environment that we thrive in, a competitive environment and a team who challenge for trophies.”

Raiola has consistently spoken about his client’s dissatisfaction with life at United. Yet, it may be difficult for United to get the kind of transfer valuation that they seek in this current climate. Apart from PSG, many of the top clubs in Europe are in a bad financial situation, which is seen as one of the factors behind the attempt to create the European Super League.