Solihull Moors vs Grimsby isn't the headline game of the weekend with international action taking the headlines but it's a huge one for these clubs. Who will make it to the football league? Find out with our Solihull vs Grimsby match preview with free tips, predictions and odds mentioned along the way.

Okay, games with so much on the line can be somewhat dull. We expect this to be different though hence our over 2.5 goals tip. Each of Solihull's last five have gone north of the 2.5 mark with a total of 20 goals seen in that time. Grimsby meanwhile have gone over the 2.5 cut off in three of their past five but with a total of 23 goals seen; their last playoff match ended 4-4. Two of the last three head to head meetings have gone north of 2.5 goals as well.

Solihull will get the job done

Given this game is the National League playoff final it goes without saying that both sides are in reasonable form. Solihull Moors are in better form though and they have the better head to head record as well. Both those factors see us back Solihull to win the game within 90 minutes. They've won their last six on the spin and won both head to head meetings in the regular season. Given Grimsby have won just one of their last five inside 90 minutes, there is little to make us doubt ourselves.

Here are the key stats & form guide for Solihull vs Grimsby

A place in the football league awaits the victor

The National League playoffs is one of the biggest games in the entire footballing calendar given what is at stake – a place in the football league. It can make or break the entire future of clubs. The pressure will be on; who will handle it?

Solihull have been on fire of late and will fancy their chances of winning this game – especially after recording two wins over their opponent in the season. They know they can beat them; can they deal with the heat that the occasion brings?

Grimsby have made hard work of getting to the final. Some will see that as luck; Grimsby fans will see it as fate. This game is massive though and they'll need more than fortune to get through it. It's not impossible but they are the lesser fancied side.

A quickfire FAQ on Solihull vs Grimsby 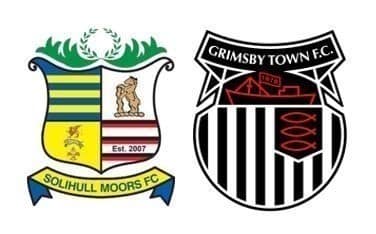