Sofapaka goes up against the visiting Ulinzi Stars on the final matchday of the Kenyan Premier League on Sunday, 12 June. The fixture will be one of the interesting duels of the weekend as both teams follow an undefeated sequence ahead of this game.

Though Ulinzi Stars have managed an unbeaten string in the recent attempts, the team has confirmed only one win in the last four outings. On the other hand, Sofapaka has registered four victories in the previous five league games. Children of God also hold the streak of three home wins in a row ahead of this match. IN the H2Hs both teams won once in the recent four meetings at the home of Sofapaka. But following the current stats, we back Sofapaka this time to add three points in this game.

All of the H2Hs at the home of Sofapaka didn’t follow the BTTS outcome and the current number let us predict the same. Children of God have managed a string of scoring by finding the target in all of the recent nine attempts. However, Ulinzi Stars failed to score in three of the last four outings and will have another difficult task ahead as Sofapaka has kept three clean sheets in the previous five games.

Sofapaka vs Ulinzi Stars: Check out the best odds and the latest stats

Sofapaka vs Ulinzi Stars: Check out the team lineups

Children of God earned the consecutive second league victory in the last game against Bandari with a narrow lead of 0-1. Sofapaka has confirmed 11 wins and 13 draws to get in the seventh position of the points table. The club manager Sam Timbe will be without any fitness issues in the team coming into this game.

KDF Ulinzi ended their sequence of draws and managed a 0-1 victory in the last game against Kariobangi Sharks. But the teams’ attack lagged in the recent attempts as Ulinzi Stars had consecutive draws without scoring goals. Following eight wins and 13 draws, the club had made its place in the 13 positions of the standings.

Questions About Sofapaka vs Ulinzi Stars 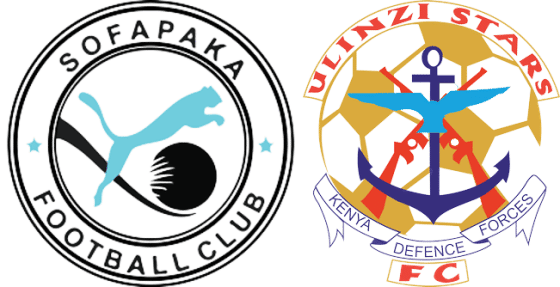