One of the more interesting matches to be played on Monday in the WC Qualifiers in Europe is the Slovenia vs Russia duel. With that in mind, we have prepared a detailed preview of this game for you, along with some free betting tips.

Our favourite Slovenia vs Russia betting picks and predictions

If you are struggling to find the right bet for the Slovenia vs Russia duel, check our selection of tips for this match:

Odds from Ladbrokes are subject to change.

Slovenia and Russia to Draw

With the UEFA Qualifiers getting close to their end, this is the last chance for Slovenia to catch up to either Russia or Croatia since they are six points behind them both. Meanwhile, Russia is fighting for a direct spot at the World Cup with Croatia, so this should be a very interesting match. Taking all this into account, it sounds that a draw is the most reasonable outcome.

Slovenia and Russia to Draw at Half Time

Since we expect this match to end in a draw, we also expect the teams to be even at half time. After all, that is the most common outcome at half time of matches that end draws. Other than that, we don't really have any stats to back our prediction up – it's just our gut feeling, in addition to liking the solid odds.

The best stats, odds and more for Slovenia vs Russia

You can find the best Slovenia vs Russia odds on our website, along with the latest stats for this game:

Slovenia vs Russia preview: A very interesting duel in the WC Qualifiers

After they beat Croatia in the first round of these Qualifiers, Slovenian fans probably got their hopes up. However, the team failed to build on that surprising win and they are now six points away from Croatia and Russia. So, the team has to beat Russia in their upcoming duel if they want to have a chance of finishing in one of the top two places since three games are all that's left. At least the team is in solid form at the moment, with two wins, one draw, and one loss in the previous four matches in the group.

With three wins and one draw in the last four matches, Russia is in good rhythm at the moment. The team shares the top spot with Croatia at the moment and they are six points ahead of their upcoming opponent Slovenia, so they will basically secure at least playoffs if they can avoid defeat in Maribor.

The usual questions for Slovenia vs Russia 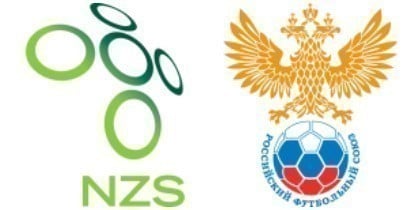