In terms of qualification to the World Cup, that ship sailed a long time ago for both of these sides. What can still be determined is whether or not Cyprus finish bottom. Can they get a win to jump off bottom spot? Find out with our Slovenia vs Cyprus match preview with free tips, predictions and odds mentioned along the way.

Slovenia vs Cyprus: Our top tips

*Odds from Betfair are subject to change.

Slovenia to win with room to spare

We kick off our predictions by backing the home team to not only just win the game but to do so with a minus one handicap. Yes, they've only won three games in their last 10 but the combined score of those wins reads as 11 goals scored and none conceded. By stark contrast, Cyprus have lost seven of their last eight games with the other match ending in a draw. They've shipped an awful lot of goals in that time too – 23 in fact – and have scored just two. Now, the one question mark over this tip is the fact Cyprus actually won the last head to head. We just see that putting more sting in the tail of Slovenia.

Our third and final prediction is that Slovenia win the match without conceding a goal. We've already touched on Cyprus being poor offensively in that they've managed to score just three goals in their last 10 games. Considering that Slovenia's last three wins have all been to nil it wouldn't be much of a surprise to see another good day for the home defence.

Find the best odds for Slovenia vs Cyprus

The atmosphere surrounding this game will possibly be a bit strange to begin with owing to the fact that neither side can achieve anything of note. That might change if the home side make a strong start though and with the likes of Atalanta forward Josip Ilicic in their squad that's highly plausible when combined with a Cyprus squad that doesn't include anyone of real note. Their keeper, Demetriou Demetris, can expect to be a busy man.

FAQ on Slovenia vs Cyprus 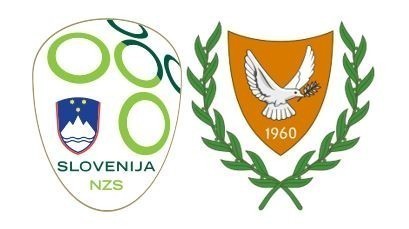