This is a preview of the UEFA Champions League first leg qualifier between Slovan Bratislava and Shamrock Rovers at the Tehelne pole Stadium.

Slovan Bratislava are among the seeded teams to feature in the first qualifying round. The Slovakian outfit are hoping to get beyond the first round for the first time since 2013-14. Shamrock Rovers, meanwhile, are back among winning ways and they are currently top of the Premier Division in defence of the title won last season. The top tips for this game are:

Slovan Bratislava have the obvious advantage of playing at home, where they have usually excelled in domestic and European games. The team is likely to be fresh with their season yet to begin. In terms of fitness levels, Shamrock Rovers might have the slight edge. In an away match, however, Bradley is likely to focus on keeping things tight, but this may play into the hands of the hosts.

A strong offensive squad awaits the spectators of this match. Slovan Bratislava might have suffered some bad results in recent Champions League encounters, but they are up against a Shamrock Rovers outfit who are vastly inexperienced in this competition. The Irish outfit are back in the qualifying stages of this competition for the first time since 2012. Their recent matches have seen goals at both ends in five consecutive games.

Slovan Bratislava produced some strong results at home to control the previous season. Shamrock Rovers have struggled for clean sheets in recent weeks. The Irish outfit were last able to manage a shutout against Longford Town in May. In such a scenario, the hosts are likely to take advantage of defensive mistakes.

The new campaign for Slovan Bratislava does not begin in a few weeks. As a result, Vladimir Weiss and his team can fully concentrate on the game. The good home record of the team will be the major hope as they look to get into the second round, where they would face Young Boys of Switzerland. There are no major injury worries for the Slovakians ahead of this match.

Stephen Bradley’s men have the advantage of being in the middle of the season. The team has shown inconsistent form of late with only two wins in the last five. As a result, the defending champions are not able to run away with the title, as Sligo Rovers are level on points. Shamrock Rovers will be without Neil Farrugia, who has a hip injury. Chris McCann is rated as a doubt for this game. 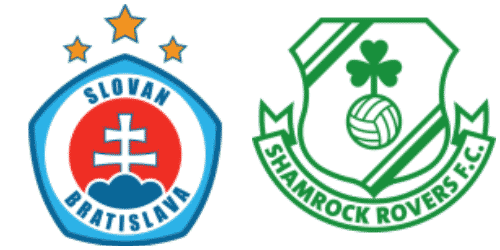 Which team is the favourite to win? Slovan Bratislava