Group H looks very competitive as things stand with Croatia at the top with 7pts along with Russia. Slovakia are just 1pt behind though and could leapfrog both nations with a win of their own this weekend.

Both teams have found the back of the net in three of the last six encounters between these two countries and we're predicting more of the same from the pair this weekend. Three of Slovakia's last six outings have ended with both teams scoring, while both teams have scored in three of Croatia's last four fixtures.

Two of the last three meetings between these two countries in Slovakia have ended in draws and we're predicting another stalemate this Saturday. Croatia have only lost one of their four qualifiers so far while three of Slovakia's four group games have already ended in stalemates, so you can see why we're predicting a draw this weekend.

In terms of a final scoreline, we're backing Saturday's clash to end 1-1. The last two draws between these two countries have ended 1-1 and so far during qualifying, Croatia have only conceded one goal. Slovakia have scored five goals in their four group games and have the home advantage this weekend, which we believe will help them secure yet another qualifying point.

Everything you need to know ahead of Slovakia vs Croatia

Tough away game ahead for Croatia

Both teams played out draws in midweek and will be looking to secure all 3pts this weekend. Slovakia goalkeeper Kuciak is injured and is unlikely to face Croatia on Saturday but the hosts can rely on their experienced defender Pekarik to organise the backline along with Inter Milan's Skriniar. Hamsik will captain the side for what will be his 131st cap and the hots have the added experience of Kucka, Weiss and Mak to call upon in midfield. Bozenik is the main source of goals up-front as Schranz and Strelec have only managed to net one international goal apiece.

Livakovic will start in goal this weekend behind a fairly new-look backline that still includes the experience of Dejan Lovren. There is no Modric, Rakitic, Rebic, Vida or Vrsaljko in the Croatia squad for one reason or another but Perisic remains and will provide goals as well as score them if given the opportunity. Kramaric is enjoying a fine start to the Bundesliga season and will be hoping to transfer that form onto the international stage this weekend, while there is more pressure on Kovacic, Vlasic and Brozovic in the absence of Modric. 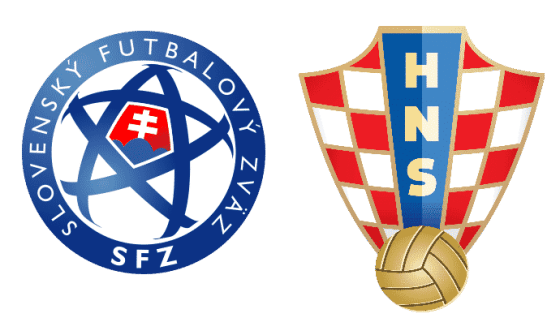