Shelbourne can move to within two points of Sligo Rovers with a win here. Will they get the victory? Find out with our Sligo Rovers vs Shelbourne match preview with free tips, predictions and odds mentioned along the way.

These teams have met a lot of times, and those encounters usually don't feature lots of goals; it's important to note that five of the last seven clashes between Sligo Rovers and Shelbourne went below the 2.5 goal line. Furthermore, we would like to point out that Shelbourne did not register a single goal in their last three games; all of their last four games saw less than three goals scored. Also, Sligo Rovers conceded just once in their last three games; with three of their last four games going under 2.5. With all this in mind, we don't think these teams will score up to three goals in this match.

There isn't masses between these two sides – particularly when you consider Shelbourne have a game in hand – and both can make a case for their season still being ‘alive' despite league positions. That said a Sligo Rovers win here would leave Shelbourne with an awful lot of work to do to achieve anything beyond a mid table finish.

Sligo Rovers have improved a lot in recent weeks; they are unbeaten in their last five games, having lost three of four games prior to that run. Sligo Rovers will welcome 7th placed Shelbourne to The Showgrounds on Saturday; they'll aim to extend their unbeaten run to six matches.

Shelbourne's form has gotten significantly worse lately; they are without a win in their last four games, having won four in a row before that. In fact, Shelbourne did not register a single goal in their last three games; will they be able to stand their ground against an in-form Sligo Rovers team?

A quickfire FAQ on Sligo Rovers vs Shelbourne 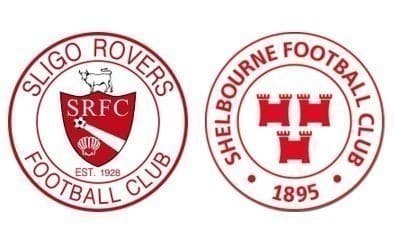