Sligo Rovers sit 14pts above their guests Finn Harps in the Premier Division table ahead of the pair's clash this weekend. The visitors have only managed to secure 11pts from 18 matches so far this season and sit 9pts behind third from bottom Drogheda United. Sligo are the favourites to win this game and need to if they want to push for the European places.

Sligo Rovers have won their last two encounters with Finn Harps, most recently a 1-0 away win back in April. The hosts head into this weekend's match on the back of a win and a draw from their last two league games, while Finn Harps have lost four of their last five outings in the Premier Division.

At least three goals have been scored in three of the last six meetings between these two clubs and their form and performances heading into Saturday's latest encounter suggest that we will be treated to over 2.5 goals in this game. Over 2.5 goals have been scored in four of Sligo Rovers' and three of Finn Harps' last six outings in the Premier Division, adding further weight to our prediction.

Before the international break, Sligo Rovers were away at struggling UCD. The first half between the two clubs was tight and tense, ending goalless, but early in the se4cond forty-five, O'Sullivan fired Sligo in front. The visitors probably should have gone on to win the game but UCD forced an equaliser in the 69th-minute and held on to secure a point.

Finn Harps were also away from home in their last league game against Derry City where a goal from Mihaljevic in the 8th-minute put the visitors in front. Derry responded well though and went in at the break level thanks to an equaliser from Patching. McWoods put Finn Harps back in front in the 61st-minute but the visitors failed to hold onto their lead once again as Derry equalised deep into stoppage-time to make the final scoreline 2-2.

Sligo Rovers: Max Mata is the main injury concern for the hosts this week.

Finn Harps: Elie N'Zeyi, Barry McNamee and David Webster could all miss out through injury. 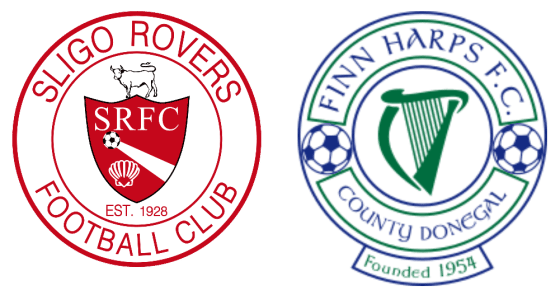