Following the home defeat in the Suomen Cup, SJK hosts Inter Turku again in the coming duel of Veikkausliiga on Saturday, 18 June. Black and Blues enter the field on the back of an unbeaten sequence.

SJK had a four-match unbeaten streak but now has lost the last two in a row. On the other hand, Inter Turku are yet to lose in the last five attempts. In the H2Hs, Kerho has been dominant in the home meeting and didn’t lose any of the last five. However, the current stats of the camping ground don’t favour SJK where they lost three of the last four. Moreover, Inter Turku will also be confident over the two consecutive away wins ahead of this game. Therefore, we back Inter Turko to add three points to their place in this game.

All of the last three H2Hs between these teams ended with over 2.5 goals and we expect the same to be the case in this meeting as well. SJK has hit the net eight times in the last five attempts while Inter Turku has also scored at least twice in all of the previous five outings, adding a total of 18 goals. Most of the recent meetings at the home of SJK also went over 2.5 goals.

SJK vs Inter Turku: Check out the best odds and the latest stats

SJK vs Inter Turku: Check out the team lineups

Kerho were able to equalise the lead in the 90 minutes of the last game against Inter Turko but lost the duel on Penalty shootouts. SJK has secured only three wins in the ten league outings and see themselves ninth on the table. The club gaffer Joaquin Gomez will have zero fitness concerns in the team ahead of this match.

Black and Blues have confirmed four victories in the ten league outings, along with two draws and get on the fifth position in the standings. Inter Turku are unbeaten in the last three league outings. The club manager Miguel Grau owns a fully healthy squad to choose from before this game.

Questions About SJK vs Inter Turku 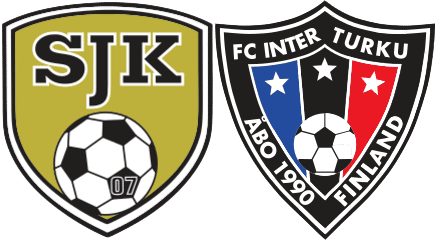 Where is the game being played? OmaSp Stadion (Seinajoki).