Crystal Palace secured an unlikely first win of the season against the current Premier League champions Chelsea, but a week later they were back on the end of another defeat as they reverted to type against Newcastle United.

But while they may have returned to their early-season problem of not scoring and getting beaten in the 1-0 reverse at St James’ Park, there were signs that the appointment of Roy Hodgson is starting to have the desired effect.

The statistics show that they had more shots, won more aerial duels, and were more successful with their dribbling than their opponents, while also winning the same amount of tackles.

While Newcastle had the edge in terms of possession, with 55 per cent, Rafa Benitez’s side didn’t create any real clear-cut chances, and their goal eventually came from a corner kick.

The expected goals (xG) also show that the home side created very little and that, if anything, Palace were on top when it came to creating chances. They may not have had a shot on target, and the chances they created were fairly low quality, but they still edged their opponents in this area in a game away from home, as shown by the xG figures from Understat, below. 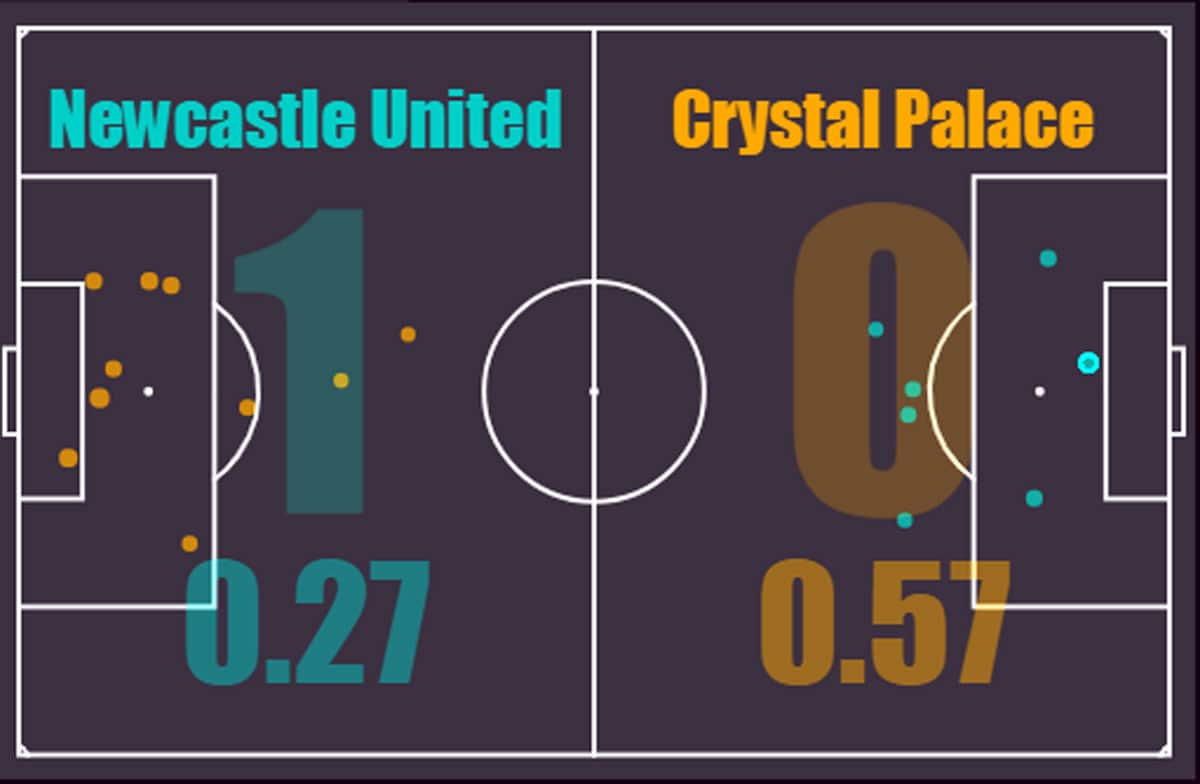 One boost to the current side is the return of Wilfried Zaha. The Ivorian has missed a good chunk of the season with a knee injury, but came back into the fold at a fortunate time for the new manager. Hodgson wants to use the explosive 24-year-old as one of his forwards in his trademark 4-4-2 system, and against Chelsea the signs were encouraging.

Not only did he score the game’s winning goal, which gave his side their first points of the season, but he was heavily involved in his side’s attacking play with three shots – two of which were on target – two key passes, and was successful in six of his 11 attempted dribbles past opposition players.

He was quieter in the Newcastle game, but his involvement may be more pronounced at home where the side believe they will be able to pick up points.

One thing Zaha might be missing is a strike partner to complement his skills, and one who offers a different type of threat. While Zaha himself offers the quick, intelligent movement, and explosive ability to beat a man one-on-one, the club might also seek a target man who can hold the ball up and also finish chances when given the chance.

Christian Benteke could be this man, but just as Zaha was returning the Belgian picked up an injury of his own meaning the manager has had to go with another wing forward in the shape of Andros Townsend. While the Englishman offers the danger of a left-footer cutting in from the right-sided forward position, he is similar to Zaha in the strengths he possesses, and those he doesn’t.

With another style of forward in place you could see Townsend offering a back-up option up front, but he could also contribute on the left side of midfield four should his attacking place be taken by another striker.

The formation against Chelsea was a classic narrow 4-4-2, but against Newcastle the shape was more interesting. 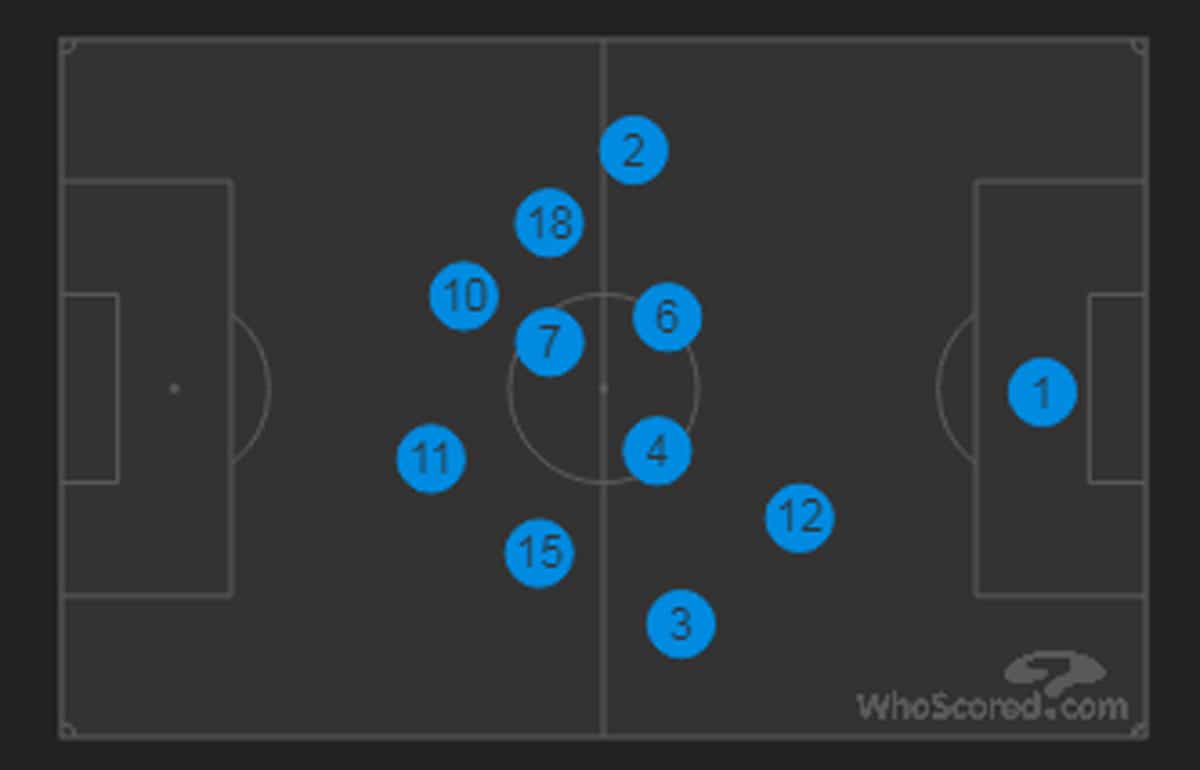 As the average positions above show, it was still a basic 4-4-2 on paper, but the use of one covering defender in Mamadou Sakho (No 12), and another, Scott Dann (No 6), stepping into midfield, influenced the shape of the team.

It led to Luka Milivojević (No.7 in the graphic above) dropping in front of Sakho to receive the ball, and Yohan Cabaye (No.4) pushing forward with the wider midfielders in an attempt to influence play further up the pitch.

This was in part influenced by Newcastle’s own compact formation which led to a game where neither side had much room to manoeuvre, and one which should probably have finished 0-0.

Palace continue to be down on their luck when it comes to xG, and you get the impression that once a system was implemented and working to a reasonable level, then the goals and points would come.

Though it was unfortunate for Frank De Boer, and his sacking poses the question as to what the club expected from him and why he was hired in the first place, the system used by the current manager is probably easier for the existing group of players to adapt to.

Whether this Hodgson effect will be enough to keep them in the Premier League remains to be seen, but the club are now getting what they hired, and the team are looking more solid as a result, even if the players aren’t firing at the business end of the pitch.

Zaha could well be the player to turn this around, and if a striker partner is signed for him in January, the club could at least be in with a fighting chance of survival.