Kylian Mbappé’s domination of Europe is showing no signs of stopping. Monaco are in the semi-finals of the UEFA Champions League and on the verge of ending Paris Saint-Germain’s dominance of French football.

Manchester United and Manchester City are still an ‘option’ according to the player’s uncle, who's spoken to Italian outftit Tuttosport, but hasn’t stopped the France international becoming a Chelsea transfer target.

No one is going to pick up this teenage sensation on the cheap, with reports suggesting that Monaco have already turned down £85million bids for the forward. The Ligue 1 club are holding out for over £100million and they are happy to keep him down in Monte Carlo until someone stumps up a nine-figure fee. 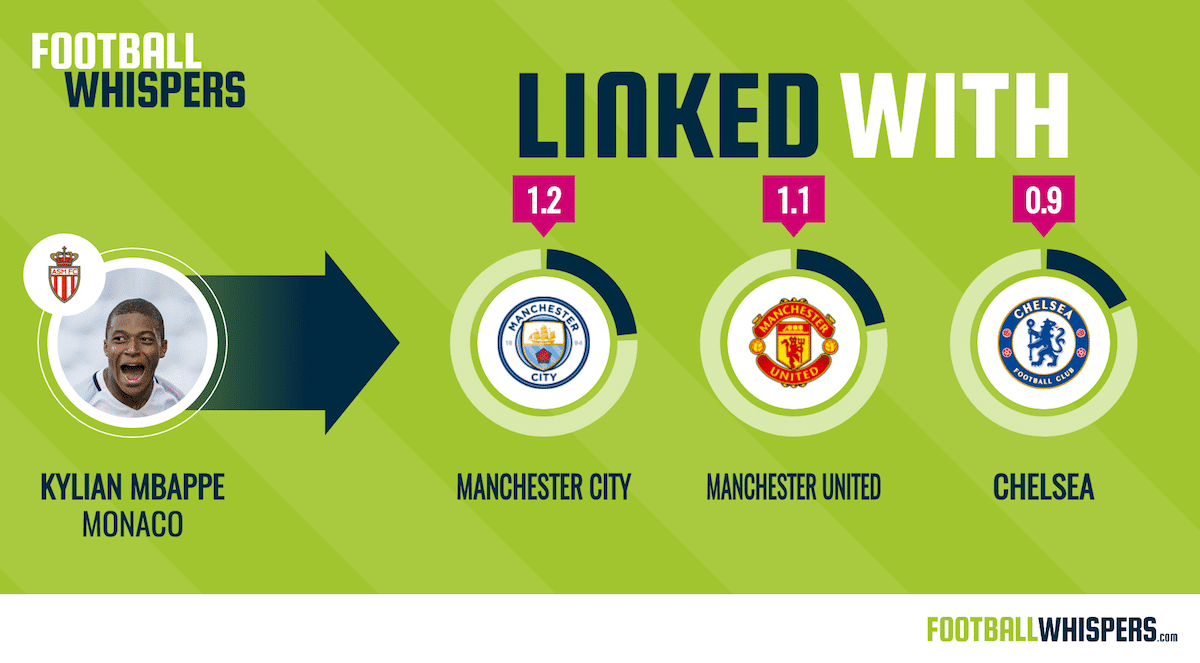 Chelsea could have had him for much less, if stories are to be believed. As a 14-year-old, the Blues were given the chance to sign the youngster for £17,000, but they decided to concentrate on developing Tammy Abraham and Dominic Solanke.

Real Madrid overlooked him too and Mbappé went on to sign for the Clairefontaine academy and rest as they say, is history.

“No player has told us they want to leave,” Monaco vice-president Vadim Vasilyev told French TV show Téléfoot. “Of course, we will talk with the players. But with the World Cup taking place in 2018, Thomas [Lemar], Kylian nor Bernardo [Silva] would not want to leave.”

“But this is not the time for discussions. We will do everything to keep them.”

Just like what happened with Anthony Martial, every player has a price and if someone does put a £100million offer on the table, he will surely leave.

Depending on what happens this summer, Chelsea may want to revisit their interest in the player and take him to improve their attack.

With Eden Hazard, Diego Costa, Willian and Pedro, plus the undecided future of Michy Batshuayi, there’s no desperate need for a teenage striker, but there is a suggestion that a couple of them could move on.

If Eden Hazard becomes a galáctico at Real Madrid, that could give the Blues a clear run at Mbappé.

Where would Mbappé play at Chelsea? 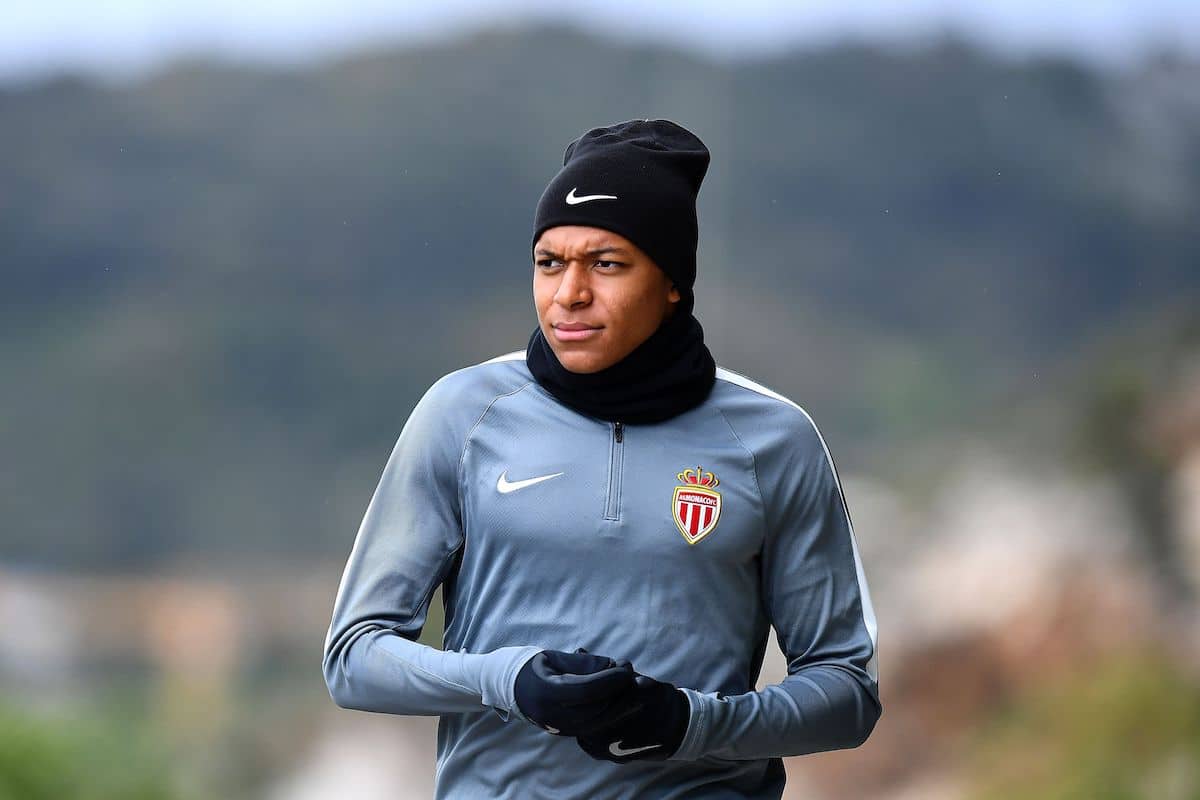 There’s no reason to think – assuming he’s still the boss at Stamford Bridge – that Antonio Conte would switch from his 3-4-3, although he did play 3-5-2 with Juventus and Italy.

The latter formation would potentially suit the French forward, as that is how he has played with Monaco in his breakthrough campaign.

However, it would be a big ask, despite everything he has done so far, to expect the 19-year-old to recreate the same results with the rigour of the Premier League and the increased pressure that comes from the football and media attention in England.

Mbappé would likely start on the left of the front three, but there is potential for him to continue to progress into a No.9 that could lead the attack on his own.

Similarities with the Monaco star and his idol, Cristiano Ronaldo are clear to see and the younger of the two has already shown he can score with both feet and his head.

Starting on the wing, he displayed excellent skill on the ball and can blow past defenders with a trick and a burst of unstoppable pace, but it’s his movement that should be commended more.

He loves to drift wide left, but he showed against Nantes earlier in the season that he can time his runs to perfection, getting on the end of crosses.

Mbappé waits for Bernardo Silva to make his move on the right, the forward comes in off the defender’s blind spot, catches him off guard and is free to apply the finish.

Chelsea love those balls, coming inside from the wing to deliver crosses into the box, and Mbappé is growing more and more confident of being able to make the run required to punish defenders.

Sometimes this season the champions-elect have struggled to break down stubborn, well-organised defences. Hazard, Pedro and Willian are all very similar types of players.

They like to draw people in and beat them with close control, changing direction and linking up with small triangles.

Mbappé would bring something different in this regard, although also capable of linking up and destroying defences with neat touches and combinations around the box, what he can also do is eliminate defenders with his lightning pace.

The 18-year-old likes to come short, similar to Hazard, receive a pass, then turn and burst into space. He is the ideal player to be picked out by direct passes from the likes of David Luiz, Gary Cahill or Nemanja Matic.

This would give Premier League defences something else to worry about, scary with just how effective Chelsea have been that they still have space to improve.

Playing against Caen, Mbappé picked up the ball just after the half way line and rather than look for other options, took the situation upon himself, powering down the flank. 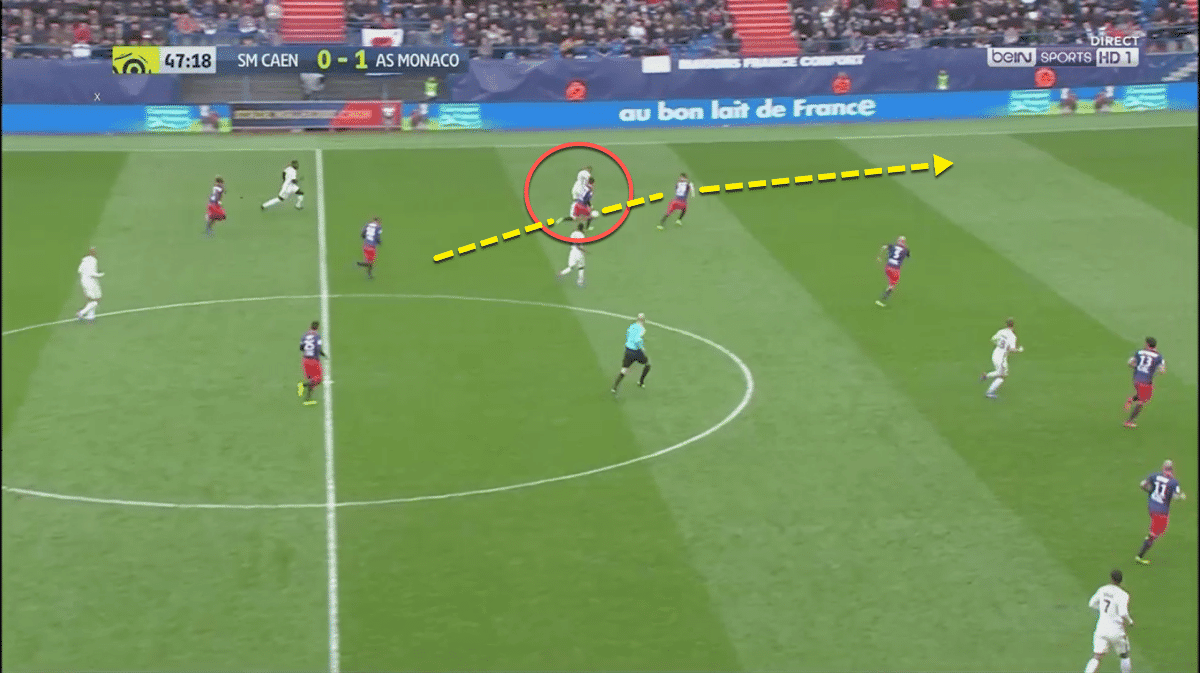 He was almost unstoppable, with his raw pace eliminating defenders, leaving his markers for dead. The Monaco youngster gets into the box and is brought down for a penalty. 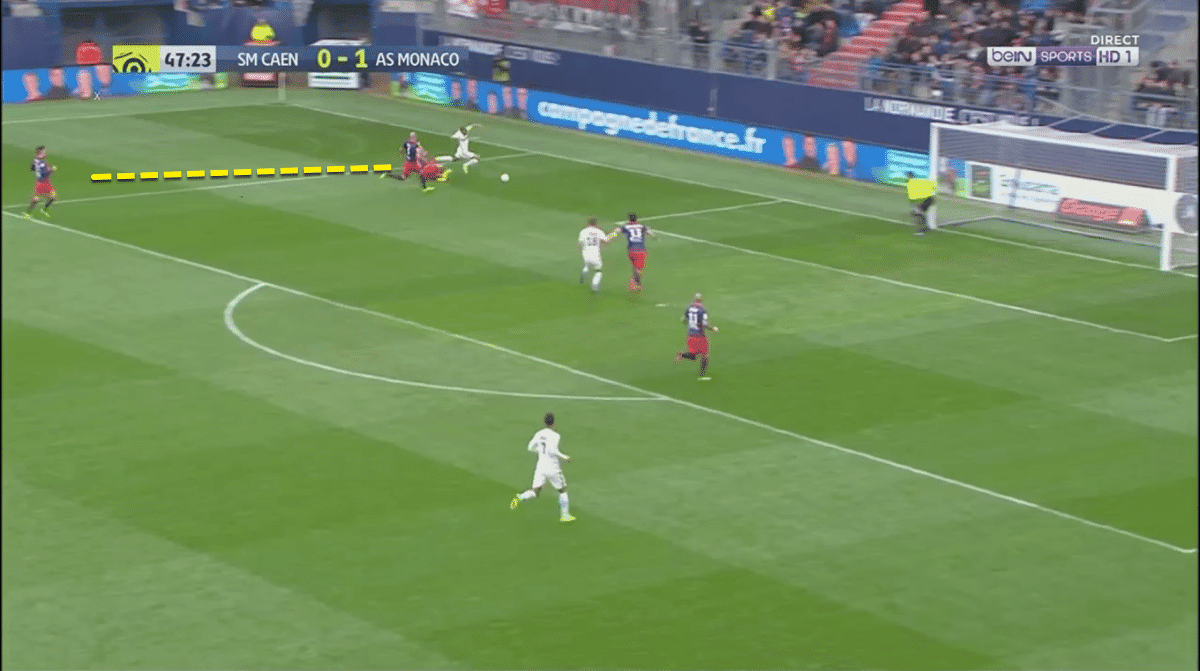 It was the same against Manchester City at the Etihad. A long pass is made possible due to Mbappé’s speed and the sluggish defenders can’t react fast enough and then it was just down to the forward to smash the ball beyond Willy Caballero.

Not just a goal-scorer 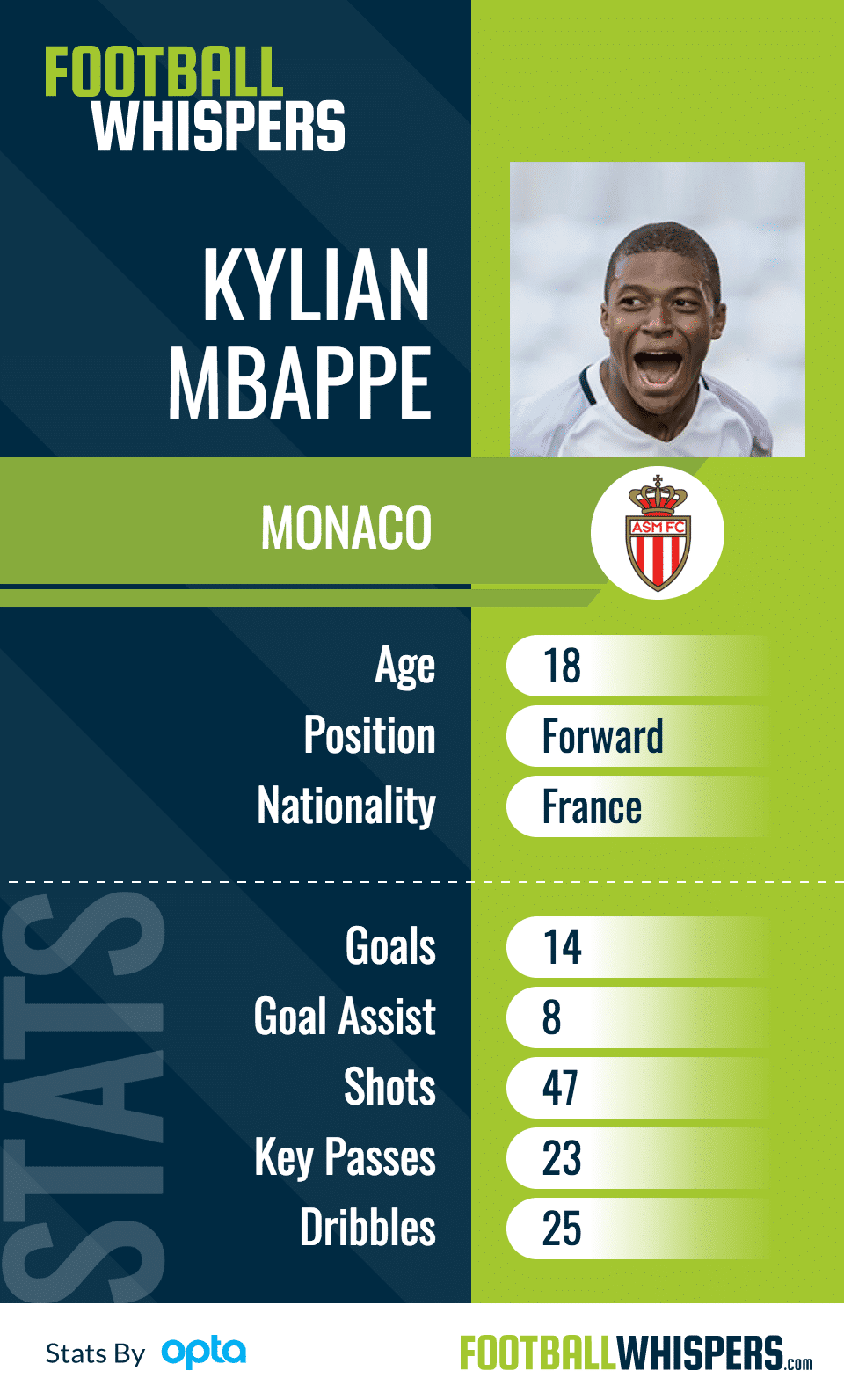 Mbappé in just his first full season, demands respect. You need to try and find a way to stop him and that helps create space for others, much to Radamel Falcao’s benefit.

As well as pick up 11 assists. Every 62.3 minutes, the forward is involved in helping Monaco score a goal. That sort of return can’t be ignored and with stronger players around him, Mbappé would be put in a very strong position to continue that run.

Wages wouldn’t be an issue for the Blues, contracted until 2019, the deal he signed in 2016 was before he rose to this level of greatness. Only two issues stand in not just Chelsea, but any clubs way. His fee, somewhere over the £100million mark, and convincing the start that their club is the place for him.

The link to Monaco and Real Madrid is strong and it will take a lot to break that bond, but if Chelsea sell any of their forwards this summer, they should do all they can to pursue Mbappé.