As this game rolls around on Saturday afternoon it will be all eyes on Oxford. Can they beat Shrewsbury and jump into the playoffs? Find out with our Shrewsbury vs Oxford match preview with free tips, predictions and odds mentioned along the way.

You cannot deny that playing Shrewsbury at this stage of the season is a good fixture for Oxford, who sit just outside the playoffs. If they win both their remaining games there is a huge chance they nick sixth spot. We think they'll chalk one of those two wins off Saturday. Shrewsbury have lost four of their last five, which includes a 4-1 hammering in the reverse of this fixture that took place just three weeks ago. For Oxford, that win on the 13th April was their second impressive win in a row and they've built on it well by picking up a further six of nine points since. With form and that prior meeting so fresh in the mind this game is Oxford's to lose.

Predictions focussing on the number of goals a particular team will score needs to be looked at in two ways. One is from a defensive standpoint and Shrewsbury have conceded nine goals in their last five games – an average of 1.8. Then you have the attacking side and Oxford have been a monster of late with 17 goals netted across the same give matches. That's a lot of goals scored. Of course, there is that 4-1 win a few weeks back too; we're expecting more of the same on Saturday.

With tips backing Oxford to win and for the team to score well then it would be wrong not to suggest Matt Taylor as a potential goal scorer as well. Sure, a return of 17 goals in a season is impressive but it's the recent form that sees him featured here. He netted in the head to head these sides had in April so Shrewsbury defenders will have his card marked but the brace he netted last time out will mean he'll come looking to cause damage.

Oxford to stay in hunt for top six

With Shrewsbury's season over from a league table perspective their sole motivation for this game will be to wrestle back some pride after being swept aside by Oxford not so long ago. Oxford meanwhile have much more tangible prizes to play for and that means we could be in for a real end to end game. 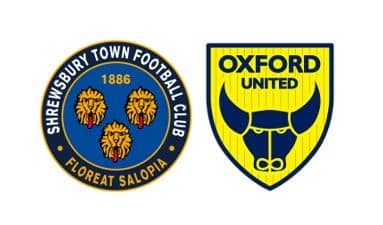