As meaningless games go Shrewsbury vs Ipswich might be one of the least captivating ties. The summer is in sight though and both teams will want something to cheer about in a season of mediocrity. Who will win? Find out with our Shrewsbury vs Ipswich match preview with free tips, predictions and odds mentioned along the way.

Let's have this right from the off; neither Shrewsbury or Ipswich are in good form but it's the away team that narrowly shade things. It is only a narrow edge they have though hence the double chance betting prediction. Shrewsbury have won just two of their last 10 at home and have lost their last four in that period. Ipswich's away form is similar with five losses and, again, just two wins. The notable factor is that Ipswich's win last time out was their first away victory under Paul Cook. It could be enough for them to do something again here; they have avoided defeat in the last three meetings after all.

A dull day at the office

The first of our three tips has highlighted the poor runs both Shrewsbury and Ipswich have been on. A big part of that form for both sides has been a lack of goals. Shrewsbury have managed just four goals in their last five games with their defensive recording giving them a five game form average of 2.4 goals per match. Ipswich have been even more toothless with just two goals – both scored in their last game – in five. Their game average across the five fixtures is a lowly 1.8. We see no reason for that to change when they go head to head on Tuesday.

We've touched on Ipswich's lack of goals in our previous tips. One man that can't be blamed too much is their top scorer, James Norwood. He only has eight goals to his name but has missed the best part of half the campaign with injury. He returned to the line up on Saturday after his latest niggle and bagged a brace; it means he's scored 43% of the team's goal under Cook's tutelage. If anyone is likely to provide a spark in this game, it's probably going to be him.

Shrewsbury vs Ipswich: The key stats

It won't be an advert for League One football

This match between Shrewsbury and Ipswich might be as dull as they come. Both sides sit in mid-table, neither are in good form and goals have been lacking. That all said, both teams will want to try and end the season with a little bit of positivity in the camp. There will be no pressure on either side and both dressing rooms will fancy themselves to get something from the game, which means we could get a game that surprises. 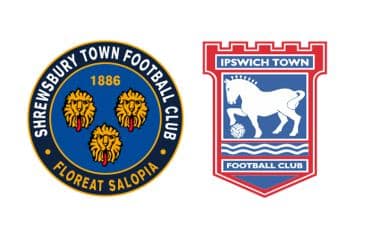