In the summer of 2016 Michy Batshuayi replaced Lyon’s Alexandre Lacazette as Ligue 1’s hottest property. The Marseille front man finished the season with 17 league goals and 23 in all competitions. Throughout his Marseille career he was involved in a goal every 115 minutes. The new TV deal flooded the Premier League and this lead to mid-table clubs having more money than ever before. Both Crystal Palace and West Ham put in £30+ million bids for Batshuayi but it was Chelsea who landed the Belgian international.

It was a signing that lead to more questions than answers. Diego Costa was being linked with a move away so was Batshuayi his replacement? Would new Chelsea manager Antonio Conte look to replicate his Juventus system with a two striker formation? Was the Belgian simply replacing Loic Remy as Chelsea’s back-up striker?

Antonio Conte seemed positive with his new man. “He is a young player but very strong with good technique. He uses two feet, has great talent. I'm very happy that he is with us. I’m that we have bought a player for the present and future.”

Yet despite the positivity from the manager and the large sum spent on securing the services of Batshuayi he’s only played 76 minutes worth of Premier League football as the season makes it’s way into December. Diego Costa has been in inspired form this season and has 10 goals and 4 assists in 13 Premier League matches. He’s undoubtedly Conte’s number one striker and he’s relishing the new system the Italian is using at Stamford Bridge. Costa hasn’t given Batshuayi a sniff. 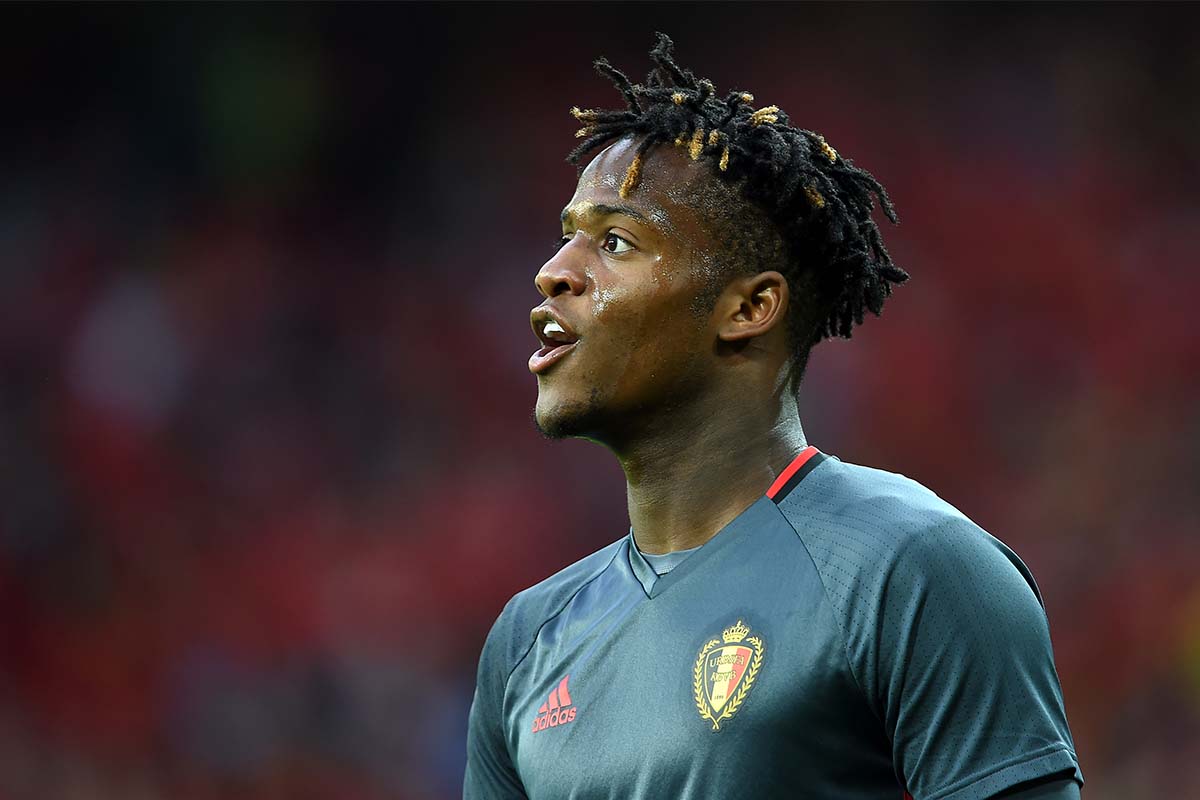 Costa’s inspired form and the fact there’s no need to rotate or ‘keep things fresh’ with no European football means Conte hasn’t had to call on Batshuayi. Chelsea are fortunate enough to be able to field the same XI in the Premier League barring an injury.

On top of that, French publication 10 Sport claimed in October that Batshuayi was not Conte’s choice and only arrived after a lack of Champions League football saw the 2014/15 Premier League winners miss out on first choice targets, and it was Chelsea’s Sporting Director Michael Emenalo who pushed through the move.

Batshuayi’s fall from grace has been spectacular and it’s through no fault of his own. In the opening game of the season he came off the bench to set up the winner. He followed that up by grabbing the equaliser in the next match against Watford which gave the team the foundations to go on to win the match.

10 Sport believe Marseille are keen on bringing the Belgian back to the Stade Velodrome. On the surface it sounds bizarre that Chelsea would allow a £33 million signing to go out on loan just six months after signing but Batshuayi does need first-team minutes and he’s not going to get them at Chelsea. But is a return to France the best move for the striker? Would a Premier League move not be better for both player and the club? There’s no shortage of potential destinations for him in England.

He’s far from just a one dimensional striker and scores a variety of goals. From poaching in the penalty area to driving one in from 25 yards on either foot. His hold-up play is superb and he’d be an asset to many clubs. He’s too good to be on the bench.

Stoke brought in Wilifried Bony in the summer on loan from Manchester City but the Ivorian is yet to really settle in Mark Hughes’ side. He’s scored just the two goals in 684 minutes of play and Stoke have just the 14 goals in 13 Premier League matches to their name. The Potters have been linked with a loan move for Liverpool striker Daniel Sturridge but reports suggest Liverpool have no interest in allowing Sturridge to leave on loan. Is it too much of a stretch to imagine Stoke turning their attention to Batshuayi?

Batshuayi may not look as powerful as Bony but he’s more than capable of leading the line as the lone striker.

Southampton are apparently in the market for a striker to pair with Charlie Austin. They’ve used Nathan Redmond there and he’s done well but he’s not as prolific as a natural in that position. The Saints could turn to Batshuayi as he ticks a lot of the boxes. He’s played in a system alongside a strike partner before and excelled. He’s comfortable running in behind the defence or linking the play with the midfield. Austin’s a real brute in the air and Batshuayi could exploit the space created by him. He could be the perfect foil for Austin.

West Ham spent their summer eyeing up strikers and offering £30 million for them. They failed to land Batshuayi and Lacazette and had to settle with Simeone Zaza and Andre Ayew. The Hammers are currently 16th in the Premier League and just a point clear of the relegation zone. Like Stoke, they’ve scored just the 14 goals so far this season and unless they bring in a finisher in January they may struggle for the rest of the season.

Any of these loan moves would be perfect for Batshuayi. They’re all clubs in need of a striker, all willing to give him first-team football and Batshuayi will want to prove a point and show the world he is good enough for the Premier League.