While there are more interesting matches to expect in the first round of the Champions League, the Sheriff vs Shakhtar Donetsk duel could also be an exciting and close duel. With that in mind, here's a preview of the game we prepared for you.

Our free predictions and tips for Sheriff vs Shakhtar Donetsk

If you are trying to get some help for betting on the Sheriff vs Shakhtar Donetsk duel, check our favourite betting tips for this match:

This will be the first-ever appearance in the main draw of the Champions League for Sheriff Tiraspol, so it's clear why Shakhtar Donetsk is the favourite in this game. The Ukrainians have more experience and a better team, while Sheriff may struggle to cope with the occasion. So, our first prediction here is for Shakhtar to win the game.

Sheriff and Shakhtar Donetsk to Draw at Half Time

While we expect Shakhtar to win the game, we don't think they will have an easy job. Sheriff proved in the CL Qualifiers that they are a tough nut to crack and so we expect to see a low-scoring, cautious first half by both teams. This usually means a draw at half time, which is our next prediction for this match.

Neither of the two teams is known for offensive football, so we don't expect to see many goals in this match. For example, Sheriff went under 2.5 total goals in four of their last five matches in all competitions, while Shakhtar Donetsk did it in three of their last five matches across the board. So, under 2.5 total goals sounds like a reasonable bet.

The best stats, odds, and more for Sheriff vs Shakhtar Donetsk

If you want to bet on the best Sheriff vs Shakhtar Donetsk odds, check our selection of odds from the top UK bookies:

Sheriff vs Shakhtar Donetsk preview: Can Sheriff put up a fight?

The Moldovan champions are the first team from that country to ever play in the main draw of the Champions League, so this is a historic season for Sheriff. The team reached the group stages after going through four rounds of qualifications, eliminating Teuta, Alashkert, Red Star Belgrade, and Dinamo Zagreb in the process. In the last five matches in all competitions, Sheriff has four wins and one draw, so they are in great form. Belousov will miss the upcoming duel against Shakhtar Donetsk, while Julien and Kyabou are questionable.

One of the best Ukrainian clubs finished the last season in the second place, behind their fierce rivals Dinamo Kiev. That meant that they will have to play in the CL Qualifiers to reach the group stages, in which they eliminated Genk and Monaco. Shakhtar has three wins and two draws in their last five matches across the board, but they also have five players on their injury list at the moment.

FAQ for Sheriff vs Shakhtar Donetsk 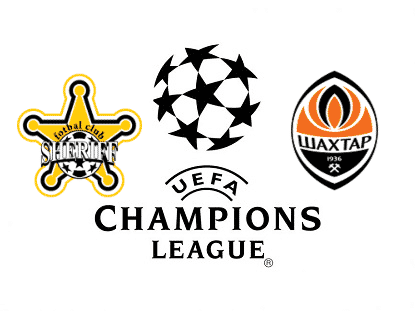