The Sheriff vs Inter Milan duel in the upcoming Champions League round could be very interesting, so check our preview of the match to learn more about it and to get some free betting tips.

Our best predictions and betting picks for Sheriff vs Inter Milan

If you are not sure what is the best bet for the Sheriff vs Inter Milan duel, check our selection of betting tips for this match:

The biggest surprise of this Champions League edition so far has been Sheriff Tiraspol, the first-ever Moldavian team to reach the group stages. But after the two surprising wins in the first two rounds, Inter Milan brought them back to Earth in the last round by beating them 3-1. We expect to see another victory for the Italian team by at least two goals, especially since they need this win to overtake Sheriff in the standings.

Although we expect Inter to win this game, we can see this being a low-scoring affair. The first match between Sheriff and Inter Milan did end with four goals being scored, but that was the first time Inter went over 2.5 total goals in Champions League this season. Since the home team will be hoping for at least a draw, we can see them waiting for their chance on counter and focusing on defence.

The odds on this market are already nice, so we chose this option that is less risky than Inter Milan keeping a clean sheet or Inter Milan winning to nil. That being said, we do expect all of this to happen and Sheriff to fail to score in this match since Inter has a solid defence and will be focused on not conceding since this is a very important match for them.

The best stats, odds, and more for Sheriff vs Inter Milan

If you are looking for the best Champions League odds and stats, check our website and you can find them, including the top odds for Sheriff vs Inter Milan:

Sheriff vs Inter Milan preview: Can Sheriff surprise us all again?

After they made the splash by becoming the first Moldavian team ever to reach the group stages of Champions League, Sheriff Tiraspol also shocked the entire world of football when they beat Real Madrid at Santiago Bernabeu. Before that, Sheriff also beat Shakthar at home and then they lost to Inter in Milan in the last round. So, Sheriff is currently sharing the top spot in the group with Real Madrid and if they can surprise Inter, they will be in good position to progress from the group. Kyabou, Yansane, and Nikolov are out with injuries.

The Italian champions have started the season well, although not in the best possible way. For example, they have seven wins, three draws, and one loss in Serie A, but that's only enough for third place at the moment and they are already seven points behind Napoli and AC Milan. Also, they are currently third in their CL group with four points, but they can overtake Sheriff if they beat them again. The only player on the team's injury list is Eriksen.

FAQ for Sheriff vs Inter Milan 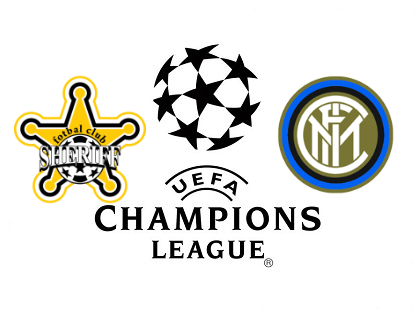