Dinamo Zagreb are the final hurdle for Sheriff Tiraspol in the UEFA Champions League group stage qualification. The first of the two-legged affair is at the Stadionul Sheriff on August 17. The hosts have an uphill task against the more established Croatians but will back themselves after impressive outings that got them this far.

Sheriff Tiraspol has not won against Dinamo Zagreb in their most recent four head-to-head fixtures. Prior to that, they did manage to knock out the Croatians at this stage of the competition in the 2008/09 campaign. They will be summoning the spirits of that fixture as odds are stacked against them. Dinamo Zagreb has not lost on the road in the qualification fixtures and it looks unlikely they will drop that ball so close to the objective.

Barring their league outing against Dragovoljac, Dinamo Zagreb has kept matters silent on the road. Damir Krznar's men have earned low scoring victories over their continental rivals, scoring four goals in three matches to arrive at this stage. Sherrif Tiraspol has been on a similar trajectory, scoring five goals in three Champions League qualifiers. With both Sheriff and Dinamo not going for abundance, we expect this fixture to finished with less than three goals.

The last four meetings between Sheriff and Dinamo have finished with the Moldovans failing to get on the scoreboard. They have not been shut out in the current campaign, a statistic the Croatians would be looking to change. Dinamo has kept four clean sheets in all four of their competitive engagements on the road and can force Sheriff's hand in this meeting.

Sheriff vs Dinamo Zagreb: Check out the best odds and the latest stats

The Yellow-Blacks secured their 19th Divizia Naționala title this May, earning a shot at UEFA Champions League group stage qualification. Yuriy Vernydub has done an amicable job in leading them to the final hurdle, the qualification playoff round. The odds are stacked against Sheriff Tiraspol as they are coupled together with Dianomo Zagreb.

The Croatians have won four successive fixtures against the Moldovans, not allowing them to score in any of their meetings. Damir Krznar's defensive tactics have won his side fixtures against Valur, Omonia and Legia, and he will look to shut out Sheriff on their path to group stages. They will be confident in their abilities at the other end of the pitch as Lovro Majer builds on his burgeoning reputation. The number 10 has scored five goals and laid down four assists in 10 competitive outings.

Questions About Sheriff vs Dinamo Zagreb 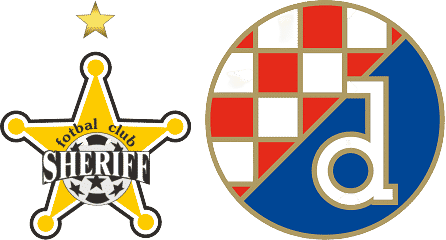 Where is the game being played? Sheriff Stadium.

Which team is the favourite to win? Dinamo Zagreb.