The 2021 Chinese Super League season has recently commenced, and we are just 4 games into the campaign. Round 5 will match up the clubs Shenzhen and Shandong Taishan. If you are looking to score a bet on this game, you’ve come to the right place.

After analyzing the clash our team of experts picked out the following free betting predictions:

Although the odds are through at all times, they may change without notice at all times. Make sure you check your betslip before placing your final bet. Our recommended bookmaker for this match is Ladbrokes.

Shandong Taishan is the second most successful Chinese club in history and is off to a great start of the season. In 4 matches, the guests have conceded only a single goal. Furthermore, they've won 7 of their last 10 games and lost just one. The main reason why we pick Shandong over Shenzhen though is that head-to-head the visiting club is dominating massively with 8 wins and a draw in their 9 meetings. Shenzhen is a club that is still trying to settle down in the Chinese top-flight, and is heavily outgunned in this match-up.

The games played between these two often contain a few goals. In fact, head-to-head statistics point towards an Over 2.5 Goals bet, but looking at both club’s recent form and games, we lean towards the opposite bet. The favorites’ last 6 games are all Under 2.5 Goals because Shandong simply doesn’t concede. We believe that the visitors can keep their net clean, which might mess up an Over bet.

We are going in this wager with the same mindset as the previous one. The guests have conceded just a single goal in the opening 4 games of the campaign, meaning that their defense is on point. Shenzhen on the other hand has scored 6 goals in 4 matches, but all of them came in 2 of those games. This means that at the end of the day the hosts score in 50% of their matches.

Shenzhen vs Shandong Taishan: The latest stats and selection of the best odds

The best odds compiled on one place together with the most important stats.

Where are these teams in the grand scheme of things?

Shenzhen is one of the newer clubs to appear on the Chinese football scene. Founded in 1994, the club is still establishing itself as a consistent force in the top-flight. Shenzhen spent the time between 2011 and 2018 in the second-tier, before making a return to the CSL.

Shandong on the other hand is one of the most honored Chinese sides. It has won the league four times, with the last one being in 2010. The club is looking to return to the top and is making a bid with its season beginning. The squad also packs some interesting names like the 24-year-old Brazilian prospect Roger Guedes, and the Premier League star Marouane Fellaini. 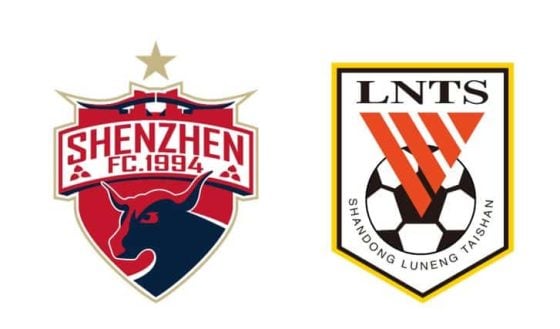