This is a preview of the Chinese Super League group A game between two teams who are separated by just one place in the league table but with a massive differential in terms of points. Shenzhen take on Henan Songshan Longmen at the Tianhe Stadium.

Shenzhen made it back-to-back wins after the restart, as they comfortably beat Chongqing Liangjiang with a comfortable 3-0 score. Henan Songshan Longmen were unable to hold on to an early lead against Guangzhou City in a game which finished as a 1-1 draw.

Shenzhen have been on a great run and the club are aiming for a third consecutive league victory following the successes over Cangzhou Mighty Lions and Chongqing Liangjiang. Meanwhile, Henan Songshan Longmen have had just one away victory against Shenzhen in the last decade. Javier Pereira’s team have been quite mediocre since the restart and they are yet to win away from home this season.

A goal-fest at the Tianhe Stadium

There have been seven goals in the three away matches for Javier Pereira’s team this season. They are up against a Shenzhen outfit who have predominantly scored away goals this season. After all, their three home games have yielded just four goals. However, this has always been a fixture with plenty of goals and the overall tally over the last six matches stands at 15-12.

This is the fixture which has predominantly resulted in a lot of goals for spectators. For example, there have even been cases of games with more than 8.5 goals in total. All of the last six meetings between these two teams have met the BTTS condition quite brilliantly apart from just one game.

Shenzhen are aiming for a third successive victory that would take them to the top of the group A table if Shandong Taishan and Guangzhou and dropping points this weekend. The club came back from the break in spectacular fashion and they have had a 3-1 aggregate victory in the opening two games. Jordi Cruyff’s only complain might be a lack of goals at home.

Pereira’s have incredibly been unable to force wins even when they have been taking leads. Apart from the victory over Qingdao just after the restart, there has been no joy for the team throughout the campaign. It is also remarkable that Henan Songshan Longmen have been able to take the lead in four out of the last five games while managing to convert just one win. 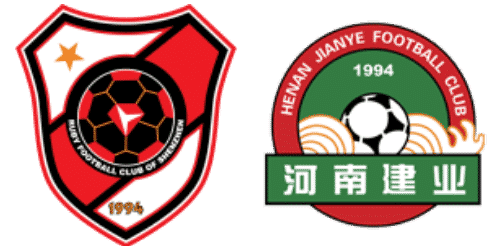