A top of the table clash is in the offering for Chinese Super League fans this weekend, as Shenzhen take on Guangzhou at the Huadu Stadium this weekend.

Shenzhen produced a masterclass in attacking performance to take advantage of Qingdao’s poor form and beat them 4-1 in an away match. Guangzhou gained a huge psychological advantage in the title race after beating Shandong Taishan 2-1 at home.

Guangzhou to win the game

Fabio Cannavaro has seen his team produce excellent performances since the break. Apart from the sensational 3-3 draw with rivals Guangzhou City, the team has not put a foot wrong in the four matches. Even though Shenzhen do have home advantage, this may not hold against the form shown by Guangzhou, who have an outstanding head-to-head record against this opposition with six successive wins.

Since the break, Guangzhou have been on a spectacular run and this is largely down to the offence, which is now the highest scoring in the division by a huge margin with 21 goals from nine matches. In the last four games, Guangzhou have managed over 2.5 goals in three matches. Shenzhen are not too far behind on the scoring front with the team getting nine goals from the last four matches.

Shenzhen were unable to score in the last home game, but it was one of the few rare occurrences in which the team did not score at home. Guangzhou might have been amazing going forward but they have just one clean sheet – against strugglers Qingdao – in the last four games.

Top Betting Odds and Stats for Shenzhen vs Guangzhou

Shenzhen would have picked up four consecutive victories since the break if not for the surprise draw with Henan Songshan Longmen. The team has been struggling to get a lot of wins at home, as even teams like Qingdao have been able to pick up points in Shenzhen’s home games.

Cannavaro will be a happy man after seeing his Guangzhou team go top of the table following the win over Shandong Taishan. The victory sets a new standard for teams in the league, as Guangzhou have been scoring for fun in recent weeks. They have raced to 21 goals already and the team looks in an unstoppable force at this moment.

Questions about Shenzhen vs Guangzhou 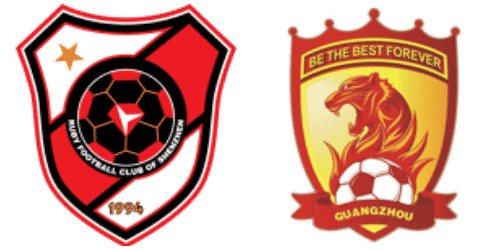