Sheffield Utd we're amongst the favourites for promotion a few weeks ago. Now they're the only team in the league that haven't scored. Can they kick start their season when Huddersfield come to town? Find out with our Sheffield Utd vs Huddersfield match preview with free tips, predictions and odds mentioned along the way.

A point in the pocket and both managers will be happy

We kick off our predictions by sitting on the fence; we think Sheffield Utd vs Huddersfield will end as a draw. Sheffield Utd haven't registered a point yet whilst Huddersfield bounced back from their 5-1 loss against Fulham with a narrow win over Preston in the week. For those reasons, a point a piece would be seen as positive news all round. Sheffield Utd would be up and running and Huddersfield will have taken four points from a home and away tie, which is not an insignificant achievement.

Next up in our free tips is an under 2.5 goals prediction. We've already touched on Sheffield Utd being rather pathetic in forwards areas; they've not scored all season and haven't looked like doing so either. Their four competitive games this campaign have seen a total of six goals; that's just 1.5 per game. As for Huddersfield, their game average is 2.3. When you consider that includes six goals from their match with Fulham the idea of Sheffield Utd and Huddersfield sharing three plus goals looks unlikely.

Our final prediction is the same as the previous tip but we're going full throttle at under 1.5. The reasons for this have largely been outlined above but with a more detailed look at the teams you can understand why it offers value even more; Sheffield Utd have played four games this year scoring a grand total of one goal, which was in the League Cup against Carlisle. Huddersfield have netted three goals in the four games they've played. It hardly screams goals galore.

Locate the best odds for Sheffield Utd vs Huddersfield

When you look at what these the sides have offered up in the first couple of weeks of the season, it is hard to believe both Huddersfield and Sheffield Utd have been in the Premier League in recent years. Wins are proving hard to come by and goals aren't exactly flowing for either side. If anyone is to win this game it will likely be because someone produces a moment of quality. Who's most likely to deliver that? Probably David McGoldrick. 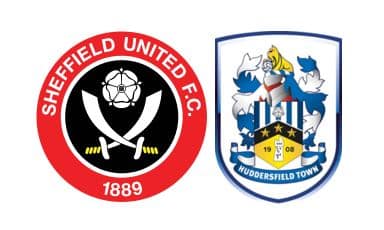