Seven games into the 2020/21 season, Sheffield United find themselves second from bottom with only a single point to their name. The Blades have only scored 3-goals in the league so far and have conceded 10, and many believe they're in trouble. Sheff Utd claimed a top-half finish in their first season back in the top-flight, playing their own unique brand of football. Chris Wilder's men never once looked like being embroiled in a relegation battle during the 2019/20 campaign, finishing 22pts above the bottom three.

But exactly where has it all gone wrong for the Blades this season? Are the players underperforming? have the club made the wrong signings? or is it purely down to second season syndrome? We're going to take a look at Sheff Utd's performance in the early stages of the 2020/21 campaign and ultimately give our opinion on the Blade's survival chances following their slow start to the season.

Many pundits and fans believe that Sheff Utd's poor start to the 2020/21 campaign is down to something called ‘second season syndrome'. ‘Second season syndrome' merely refers to a club that has performed above expectations following a promotion but performs below expectations in the following campaign. This downturn in form often leads to the manager getting sacked, the team finishing much lower than expected, and, in some cases, relegation.

Although we are still very much in the early stages of the season, and it is too soon to claim that Sheff Utd are suffering from second season syndrome, you can understand why that phrase is being touted. Last season, Sheff Utd prided themselves on their excellent defensive ability and unique style of play that adopted underlapping centre-backs who would often play key roles in the Blade's attacks. Wilder's men finished the season having conceded just 39-goals in their 38 matches, which was the best defensive record outside of the top three (Liverpool 33, Man City 35 and Man Utd 36). 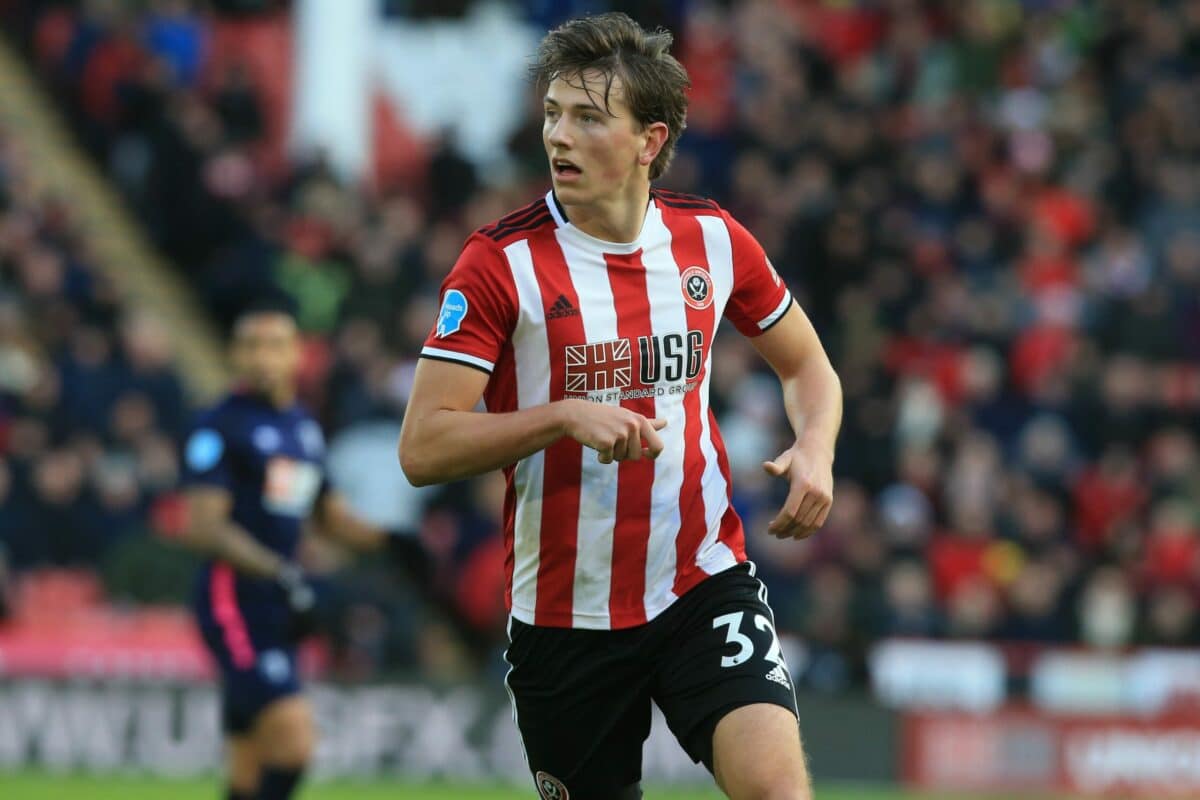 During their opening seven games of the 2020/21, the Blades have conceded 10-goals, which gives them the joint-eighth best defence in the Premier League. Joint-eighth might not sound too bad, but it doesn't compare well to last season's defensive record and could cause the Blades major issues down the line. Sheff Utd were so reliant on that fantastic defence last season that only having the joint-eighth best defence this time around could see them finish significantly lower in the final standings.

While Sheff Utd's defence is playing too badly this season, their strikers are really struggling to score goals. The Blades have netted just 3-goals in their opening seven matches and no matter how good your backline is, if you don't score enough goals you will struggle in any division.

Last season, the Blades netted a total of 39-goals in their 38 league games, which was the joint-fourth worst attack. Sheff Utd scored as many goals as a Brighton side that finished six places and 13pts behind them last season and netted one fewer goals than Bournemouth who, as well all know, suffered relegation. Clearly, Sheff Utd knew they had goalscoring issues that needed to be addressed this season, and Chris Wilder has spent big money on a striker.

20-year old Rhian Brewster impressed on-loan from Liverpool at Championship side Swansea City, scoring 11-goals in 22 appearances. The youngster only played a handful of games for Liverpool between 2019-2020 and failed to find the back of the net. However, Brewster's record for the England U16s and U17s, 24-goals in 27 appearances, coupled with his form for Swansea, suggests that he is a natural goalscorer. Chris Wilder forked out £23.5m on the Liverpool talent, making him the club's most expensive signing ahead of Sander Berge, who cost the Blades £21.6m in the January transfer window. 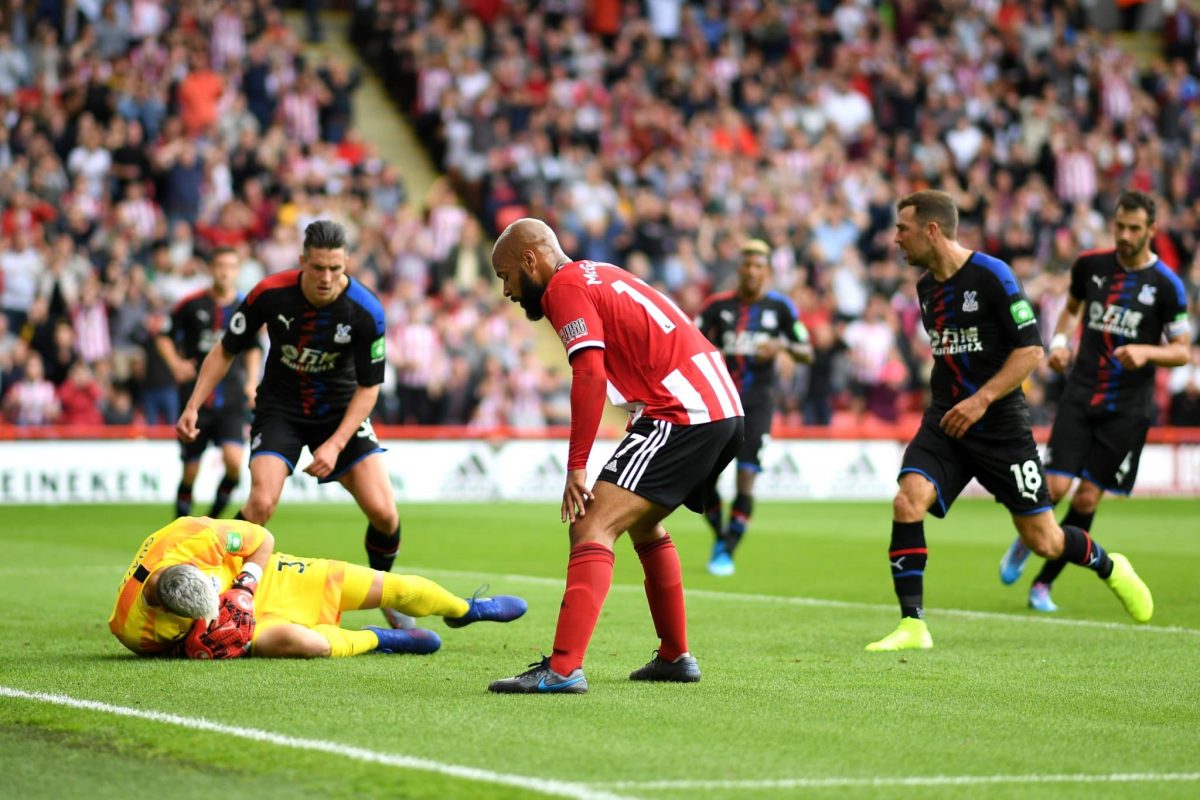 Why did the Blades take such a big gamble on Brewster? Last season, forwards Oli McBurnie and Lys Mousset top-scored for Sheff Utd with just 6 league goals apiece. The pair made a combined 66 appearances in the Premier League in 2019/20, so to score a mere 12-goals between them simply isn't a good enough return for their money. Both player, McBurnie especially, work hard and Sheff Utd play very much as a team, so as long as someone is scoring, Chris Wilder doesn't care who it is. Midfielders John Fleck and John Lundstram chipped in with 5 league goals each last season and certainly helped support the forwards, but you can see why Wilder has added another option up front.

Another aspect of the Blades slow start to the campaign has to be the loss of on-loan goalkeeper Dean Henderson. Henderson made a real name for himself at Sheff Utd, receiving recognition at international level, but the Blades were unable to convince Man Utd to extend the shot-stoppers' loan for a third season. Hendeson was not only a top performer but also a real character and popular player in the dressing room. Bournemouth's Aaron Ramsdale has come in to replace Henderson for £18.45m and Rangers' goalkeeper Wes Foderingham will provide cover and competition for the No.1 spot.

Can the Blades Beat the Drop?

Only time will tell whether or not Sheff Utd can avoid relegation this season, but the season is still in its early stages, and it's far too soon to condemn Wilder's men. The ‘Curse of Christmas' is something that always gets a mention as we edge nearer and nearer to the festive period. This trend refers to the team who sits bottom of the Premier League table at Christmas and suggests that they will almost certainly go down. However, three teams have been bottom at Christmas time and escaped the dreaded drop, West Brom in 2004/05, Sunderland in 2013/14, and Leicester in 2016/17.

The fact that only three of the teams that have been bottom of the Premier League table at Christmas have gone on to get relegated, will be of some concern. As things stand, Burnley are bottom of the table right now on the same points as Sheff Utd, while third from bottom West Brom make up the three teams yet to claim a win in this season's Premier League. Whether Sheff Utd survive this season will depend a lot on the number of goals they score and how many they concede. That statement sounds obvious, but if their defence doesn't perform to the same high standard as last season then they are going to need to score a lot more goals. Brewster certainly has talent but the pressure on the young man's shoulders to hit the ground running in the Premier League is immense. Hope hasn't yet faded for the Blades, it's much too early for that, but they do look set to be tested far more than they were last season and it will be interesting to see how the character of Chris Wilder and his players stands up to such a test. It's really hard to tell how things will shape up this season, but it's going to be a really exciting campaign at both ends of the table.